The late Yankees owner preferred Dems in Congress but the GOP for the White House. And he hated being tied to Nixon 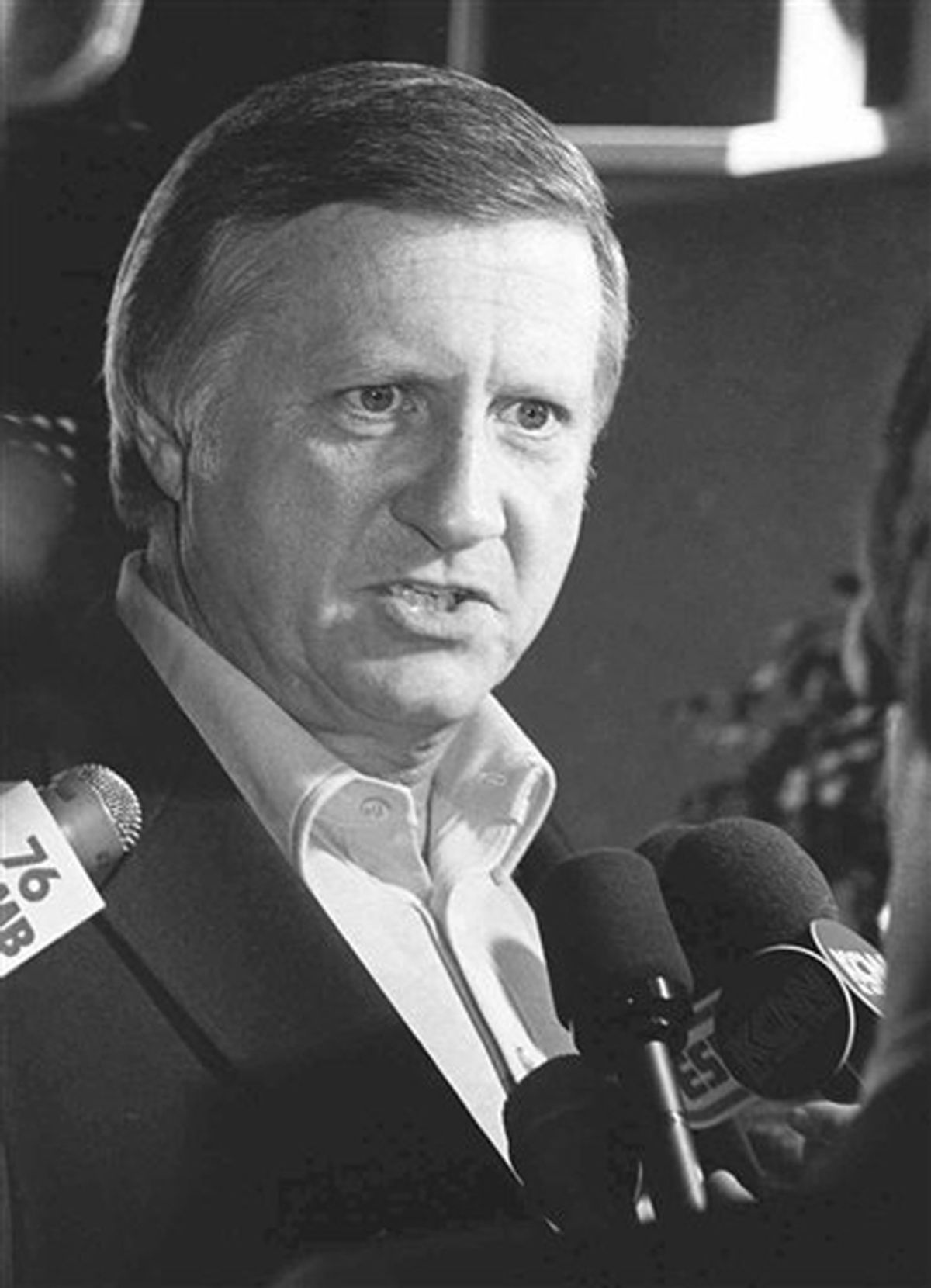 When it came to politics, George Steinbrenner, the famously erratic Yankees owner who died this morning, was best known for his ties to Republicans.

It was, after all, his participation in a conspiracy to funnel corporate money to Richard Nixon's reelection campaign in 1972 that resulted in a felony conviction, a $15,000 fine, and a two-year ban from baseball (which was lifted nine months early by then-Commissioner Bowie Kuhn in 1976). And it was Ronald Reagan, another Republican president, who, in one of the final acts of his presidency in January 1989, formally pardoned Steinbrenner for that crime.

Not that "The Boss" thought of himself as a GOP party man. A decade after his Nixon involvement, one of his associates told the New York Times that, "More than the conviction and the suspension from baseball, George is bothered by being linked with Watergate. Politically, George has always been a Ted Kennedy Democrat. I mean, whenever you'd run into Kennedy, he'd ask, 'How is Gawge?' George has a real feeling for the little guy. He hates being seen as part of the Nixon team.''

A quick scan of Steinbrenner's political contributions to federal candidates offers some support for this claim. From 1980 until now, Steinbrenner gave $83,850 in personal donations to individual Democratic candidates for office. He also gave $50,000 to various national committees, like the Democrats' House and Senate campaign committees. In that same span, he gave only $28,950 to individual Republican candidates and $30,000 to GOP party committees (and just about all of those committee donations were for the Florida Republican Party).

As you might expect, politicians in New York and Florida (where Steinbrenner lived) received a disproportionate share of his largess. In the past decade, Steinbrenner gave $6,300 to Sen. Charles Schumer and $9,600 to Rep. Charles Rangel. He also donated $2,300 to Hillary Clinton's 2008 presidential campaign. Florida Sen. Bill Nelson was another of his favorites, to judge from his giving.

Other notable Steinbrenner contributions to Democrats include:

While Steinbrenner's money tended to go to Democrats in Senate and House races, he may have leaned more to the GOP at the presidential level. He supported George H.W. Bush in the 1988 and 1992 campaigns and during the 2000 Florida recount, he gave $5,000 to the Bush-Cheney recount fund. (George W. Bush, of course, had been a Texas Rangers co-owner.) Steinbrenner also gave $7,500 to Rudy Giuliani's PAC in the middle part of last decade and another $4,600 to Rudy's 2008 White House campaign ($2,300 of which was later refunded after Rudy dropped out). And in the fall of 2008, he cut a check for $15,000 to McCain Victory 2008.