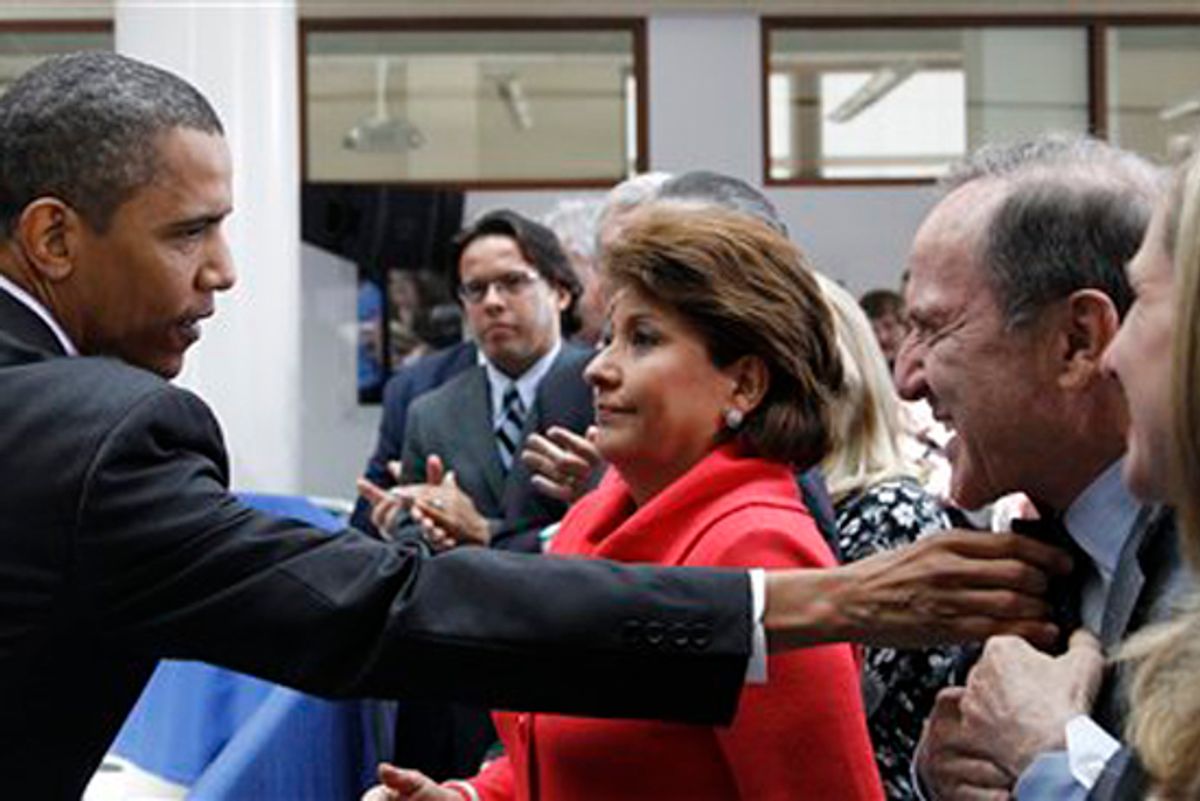 [Updated] No. But for some reason, the real estate tycoon and publisher claimed on Fox News last night that he "helped write" one of President Obama's speeches. He did not elaborate.

It is safe to say that this is "not true." Obama's speechwriters have never met Zuckerman. Also Zuckerman is not really politically compatible with Obama. Though he did vote for the president, Zuckerman's actual ideology is something closer to "whatever someone smarter than him has told him recently."

The most charitable explanation for this is that after decades of "writing" political columns by rambling to a secretary and faxing the resulting word-paste to Sir Harry Evans for a quick edit before it's printed in either a publication Zuckerman bought for the purpose of highlighting his important ideas or one run by his friend Tina Brown, perhaps Zuckerman doesn't understand how "writing" or "helping to write" work.

UPDATE: Mort Zuckerman's ghost-blogger has posted a statement at the US News & World Report site. It is the most obfuscatory "clarification" I have read in some time:

Over the years I have been asked by various public officials, including those in Washington, for my perspectives and views on numerous issues. These conversations have always been considered confidential. My point in noting during a recent television interview that I had once "helped" contribute to one of Barack Obama's campaign speeches was to reflect the fact that my recent criticisms of the president came from someone who had been supportive of him, who had voted for him, and whose newspaper endorsed him. I continue to hope for his and the country's success.

Can you parse that? Zuckerman seems to be explaining why, rhetorically, he said he "helped write" an Obama speech, but not addressing the fact that that is not a thing that happened in real life.

The first sentence is kind of sad, because I think this is basically Zuckerman admitting that he is playing an elaborate game of make-believe where he's, you know, a modern-day Arthur Schlesinger -- or even David Gergen -- wisely counseling presidents and power players. He is, in fact, the publisher of the shell of a third-place newsweekly and the less-entertaining New York tabloid.

Mort also helpfully embeds this video of him making the claim to Neil Cavuto yesterday: