Every four years it's the same: He claims he'll run for president, then doesn't 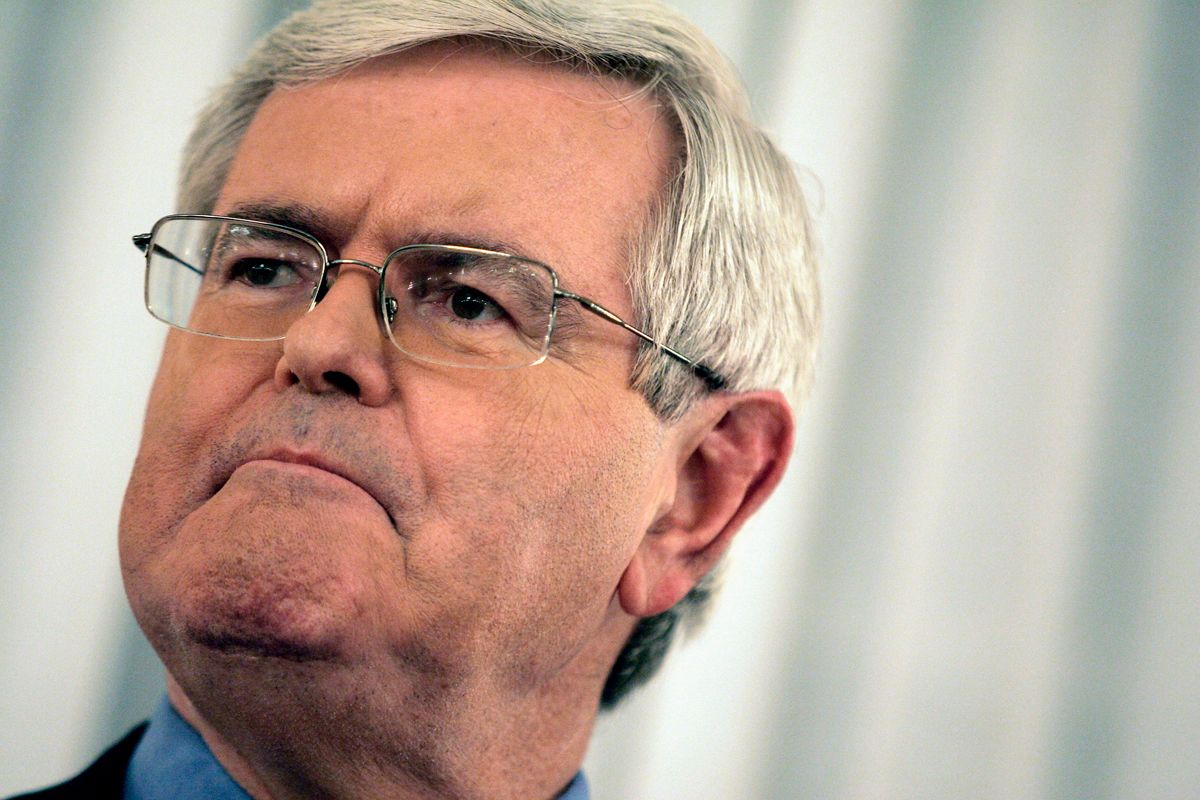 No one is better at playing footsies with the media about possibly running for president -- and reliably not following through -- than Newt Gingrich.

Yesterday he told the AP: "I've never been this serious. ... It's fair to say that by February the groundwork will have been laid to consider seriously whether or not to run."

Which is not really news, because Gingrich said basically the same thing in March 2009, as was widely reported at the time:

One interesting part of this phenomenon -- one that Gingrich has mastered because he's been exploiting it since the 1996 cycle -- is that a potential candidate can generate headlines simply by repeating the exact same formulation every few months. For instance, in December 2006, Fox News ran this story: "Gingrich Delays Announcement on Presidential Bid Until September 2007." Then in May 2007 CBS reported: "Gingrich: No '08 Decision Until September."

It was way back in 1994, within a month of the Republicans' winning the House, that the Gingrich for president stories started, pushed by Gingrich allies (National Journal fanned the presidential rumors that month, asking, "What's Next, Mr. Speaker?"). In February of 1995, a month into his speakership, Gingrich created a new round of stories when he announced he had decided not to run for president. ("I think I should stay and focus on what I am doing and get things done," he told the AP.)

But by June, the shell game had begun in earnest, and Gingrich had revoked his decision. The Chicago Tribune reported: "House Speaker Newt Gingrich (R-Ga.) said Saturday he believes he has until mid-December to decide whether to run for president in 1996." The speaker portrayed the question almost as if he had no say in the matter: "There's a chance [I will run]. How can you tell 13 months before a convention in the age of television what's going to happen? I can't."

Then on Nov. 10, after many similar stories, the Boston Globe interviewed Gingrich: 'The Georgia Republican said he would sit down and discuss the possibility of running for president with his wife, Marianne, during the Thanksgiving holiday. 'We just were talking a minute ago, and we haven't made any decision,' Gingrich said." Later that same month, Gingrich opted out of the race.

Fifteen years later, he's using the same basic formulations to stoke presidential speculation. About the only thing that's changed is the name of his wife.