The moral of the Levi and Bristol wedding

What does it mean that Sarah Palin's daughter is again supposedly marrying the father of her child? 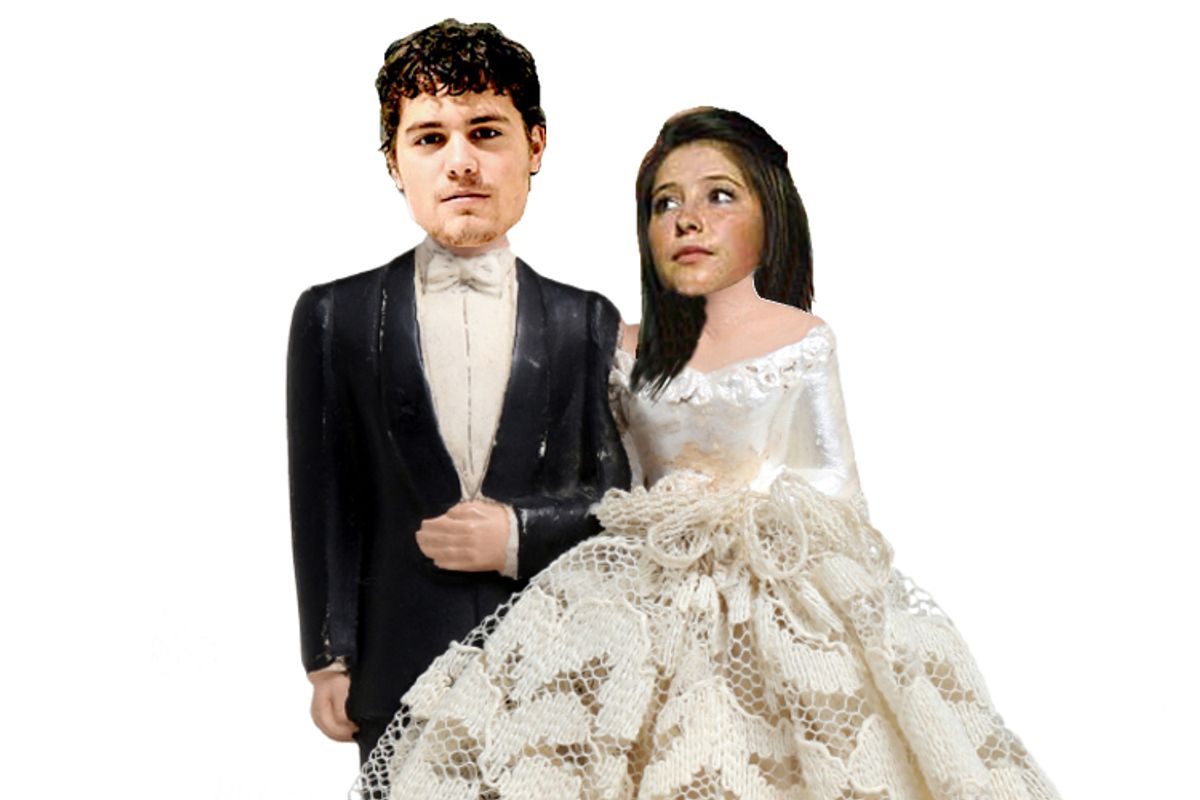 What is the saddest thing about the on-again wedding of Levi Johnston and Bristol Palin? The fact that Levi was forced to renounce unidentified "lies" about the Palin family? The fact that he has supposedly disowned his blogging sister Mercede? The fact that this happened while Andrew Sullivan is on vacation?

The saddest thing is probably that Jann Wenner's Us Weekly is hyping the wedding of the daughter of a woman whose calculated war against the Lamestream Media never prevents said media from uncritically reporting her every utterance.

(It is also sad that the Palin family, with the complicity of said lamestream media, is still pushing the destructive message that abstinence is the only acceptable choice for teenagers, but even if that doesn't work, everything will turn out totally fairy-tale awesome. But that's a bit more complicated.)