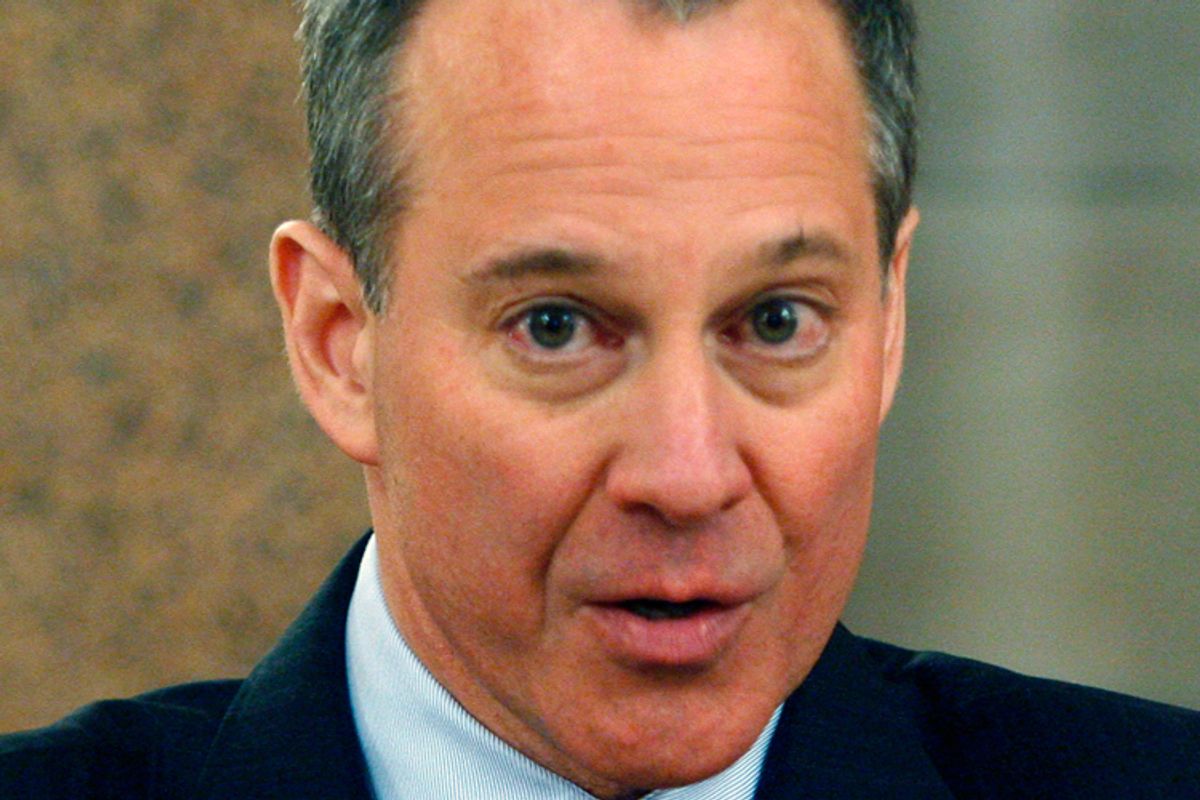 New York state Sen. Eric Schneiderman, who is running for state attorney general, was involved in a comical car accident with far-reaching political implications on Monday night. After taping an interview with local news channel NY1, Schneiderman's car rear-ended a parked car on Ninth Avenue, and then drove off.

The car he hit belonged to the executive editor of NY1, and he hit it just outside its offices. Estimated damage: $3,000. A bicyclist took down Schneiderman's license plate number.

Schneiderman insisted he didn't realize he'd just hit a reporter's parked car. Upon being confronted by the vehicle's owner, he said he had disciplined the staffer driving him. That staffer, his driver, is named Rachel Kagan. She is, yes, the niece of Supreme Court nominee Elena Kagan.

NY1, as you can imagine, has been all over this story. Schneiderman appeared on the channel two more times to apologize, defend his response, and criticize the station's reporting.

Now, New York state Sen. Ruben Diaz Sr. -- a corrupt, homophobic clown who is consistently in the running for Most Embarrassing Democrat in New York -- is using this incident to attack Schneiderman, whom he hates for successfully expelling his good friend Hiram Monserrate from the state Senate.

Monserrate's crime was viciously slashing his girlfriend's face with a broken glass, violently dragging her from his apartment, and driving her not to the closest hospital, but to one that he thought was outside city limits. That, obviously, is comparable to bumping into a reporter's Town & Country, which is why Diaz insists that Kagan and Schneiderman should be arrested:

“Will Eric Schneiderman come forward and answer the following questions that would be posed to any DWB who just crashed their car into a parked car: ‘When was the last time you had anything to drink and were you taking any drugs?’

And that's what's going on in New York this week. Now we take bets on the first Republican to try to use this against Elena Kagan.