Talking to a conservative magazine, the Kentucky Senate candidate refuses to admit any policy positions 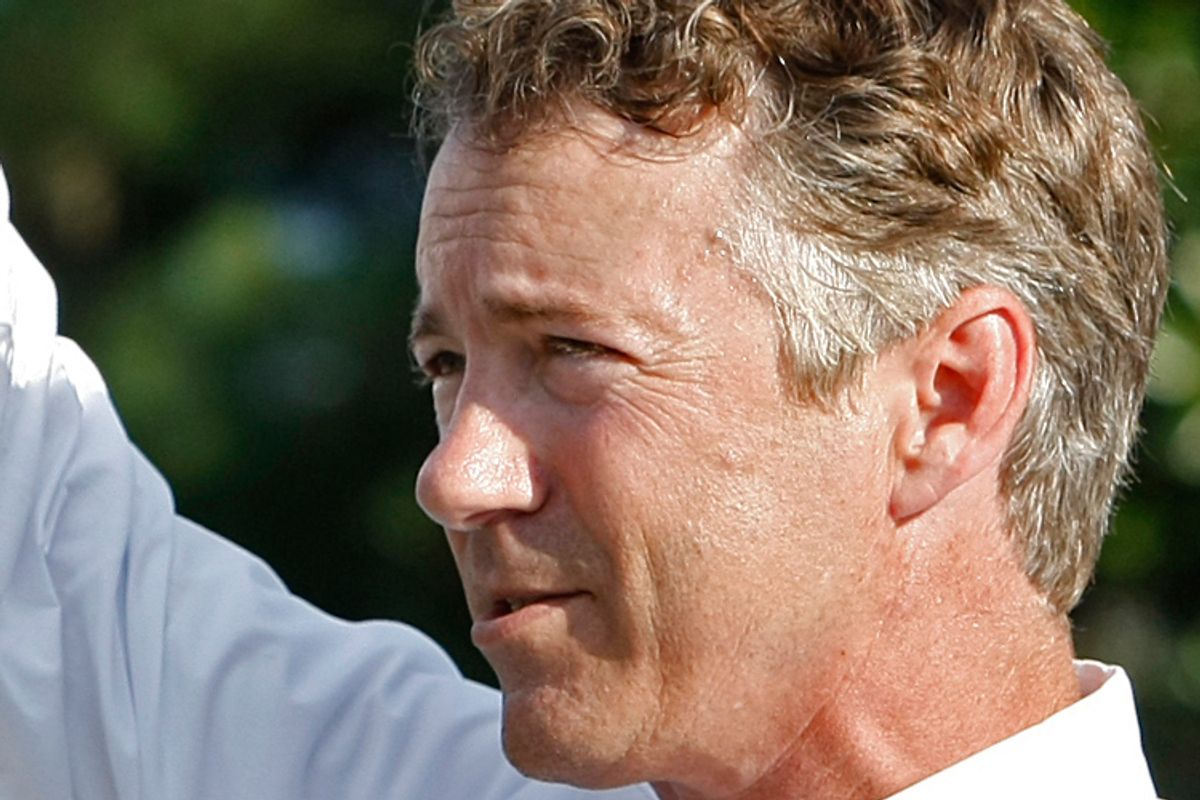 Rand Paul granted the National Review a friendly interview while he was in town raising money for his little Senate campaign. He doesn't say anything ready-made for an attack ad, but it is the kinda sad portrait of a man openly acknowledging his refusal to say what he really believes.

For instance, instead of calling for the elimination of many federal departments — as his father, Ron Paul, the libertarian Republican congressman and former presidential candidate, regularly does — Paul says he is trying to “nibble around the edges,” to “not be the person who says he will eliminate every department in the federal government. My dad freely will say that, that he would eliminate at least half of the departments, but he is just more forthright.”

That forthrightness is why even people who vehemently disagree with him respect him. And that is why it is very hard to have any respect for Ron Paul's son, Rand, who will not even call himself a libertarian anymore.

Rand also has some nutty ideas on foreign policy that he also completely refuses to share, because then the Gotcha Media will report on them:

As we turn to foreign policy, Paul says it is on this front that he finds himself most at odds with the GOP. However, he confides that he seldom talks about his foreign-policy positions, because what the voters really care about is economic matters. On the campaign trail, he says, “I’m not thinking about Afghanistan; foreign policy is really a complete non-issue.”

Vote Rand Paul! And then, once you have elected him, maybe he will tell you his position on various important political subjects, like the war!