Citibank investment funds overseen by Obama nominee Jacob Lew bet against the housing market. Off with his head! 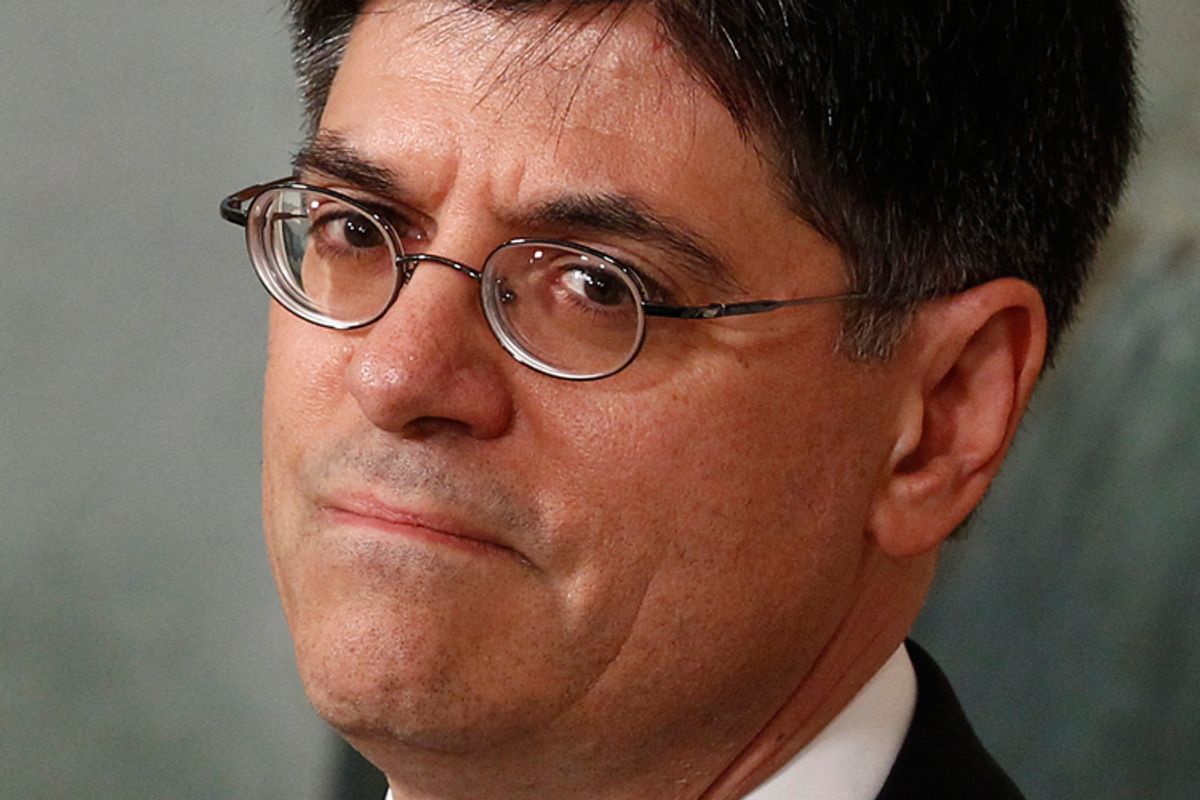 Should we be upset that Jacob Lew, Obama's nominee to replace Peter Orszag as budget director, bet against the housing market in his capacity as chief operating officer of Citigroup Alternative Investments during 2008?

And not just any bet. The trail uncovered by Huffington Post's Shahrien Nasripour reveals that one of the business units overseen by Lew, the Multi-Adviser Hedge Funds Portfolio LLC, invested in a fund set up by John Paulson. Paulson, of course, is the notorious hedge fund king who convinced Goldman Sachs to create mortgage-backed security derivatives that were purposely designed to collapse in value, so that he could bet against them. During Lew's short tenure at Citigroup, the Multi-Adviser unit more than doubled its investment in the Paulson fund.

So far as we know, there is zero evidence that Lew engaged in any of the chicanery employed by Paulson. One could even argue that if you were not betting against the housing market in 2008, you were a blithering idiot, and should be disqualified for government service on that basis alone. It is instructive that the primary source quoted by Nasripour as "raising his eyebrows" at the Lew pick, Gary Bass, executive director of OMB Watch, goes on to laud Lew as an excellent choice for budget director.

The fact that entities overseen by Lew bet against the housing market is a bit of a red herring. There's nothing inherently wrong with making such bets, even if the financial entity for which Lew worked was an integral player in the crazy and ultimately incredibly destructive world of exotic mortgage-backed securities. The real problem is that the natural destination for government officials involved with economic policy, when their party is out of power, is Wall Street. And breaking that connection will require a wholesale restructuring of the primacy of the financial sector in the U.S. economy that just seems further and further out of reach.