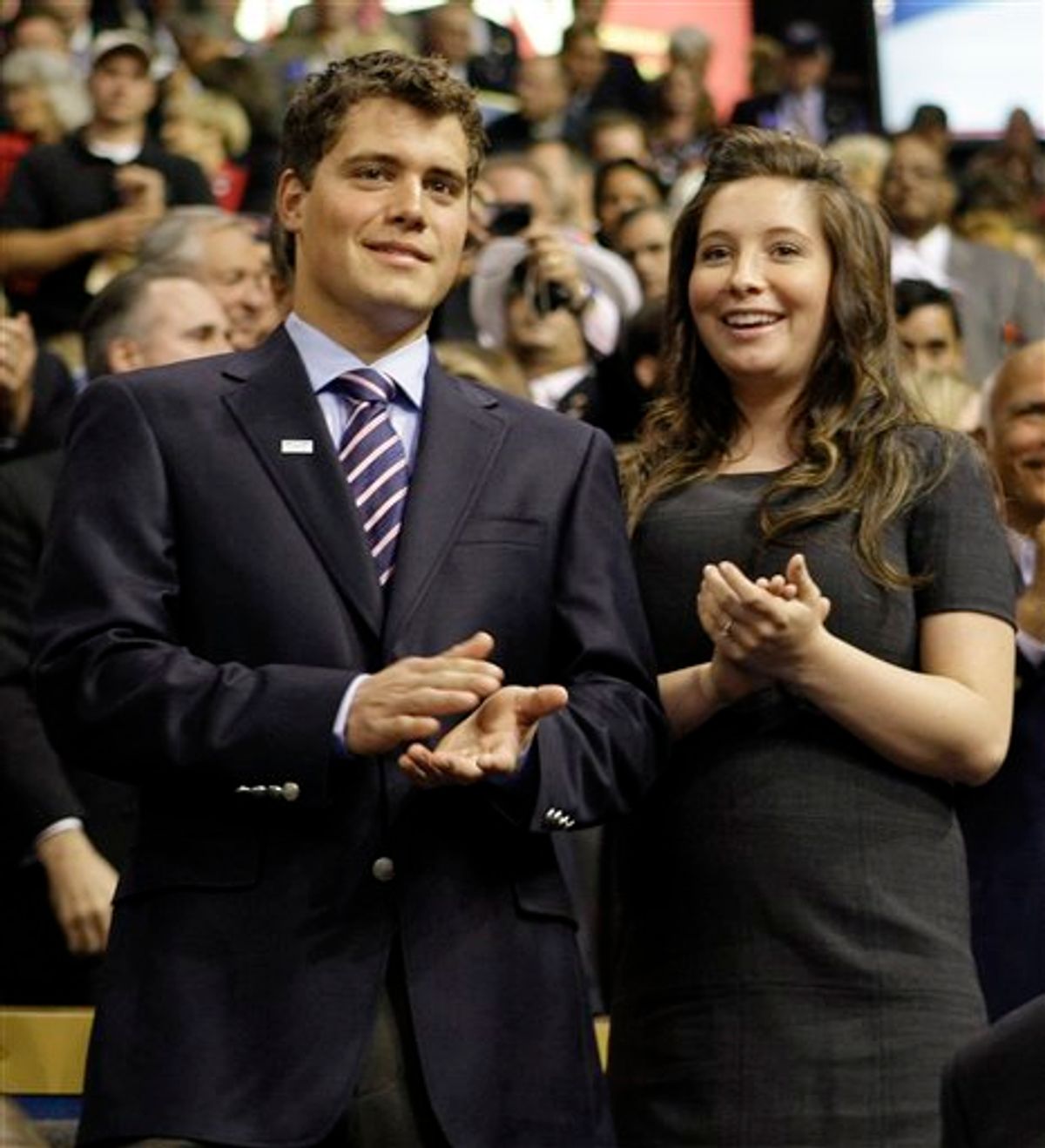 FILE - This Sept. 3, 2008 file photo shows Bristol Palin, daughter of Alaska Gov. Sarah Palin and former Republican vice presidential candidate, and Levi Johnston at the Republican National Convention in St. Paul, Minn. Bristol Palin tells the magazine US Weekly Wednesday July 14, 2010 that she finds the idea of telling her mother about her engagement "intimidating and scary." The pair say they reconnected while working out a custody plan and became engaged two weeks ago. (AP Photo/Charles Rex Arbogast, file) (Associated Press)
--

Bristol Palin and Levi Johnston say they're engaged -- and they haven't told her parents yet.

Palin, the daughter of 2008 vice-presidential candidate and former Alaska Gov. Sarah Palin, is featured on the cover of Us Weekly with Johnston, holding their son, 18-month-old Tripp.

Bristol Palin tells the magazine that she finds the idea of telling her mother "intimidating and scary." Us Weekly editor Caroline Schaefer said on NBC'S "Today" show Tuesday that Palin approached the magazine looking for a platform to explain why she got engaged.

Palin and Johnston say they reconnected while working out a custody plan and became engaged two weeks ago. Schaefer says they hope to get married within six weeks in a small ceremony in Alaska.

Representatives for Sarah Palin did not immediately return messages from The Associated Press seeking comment.