The financial industry-backed challenger to Carolyn Maloney raises $400,000 to continue her negative campaign 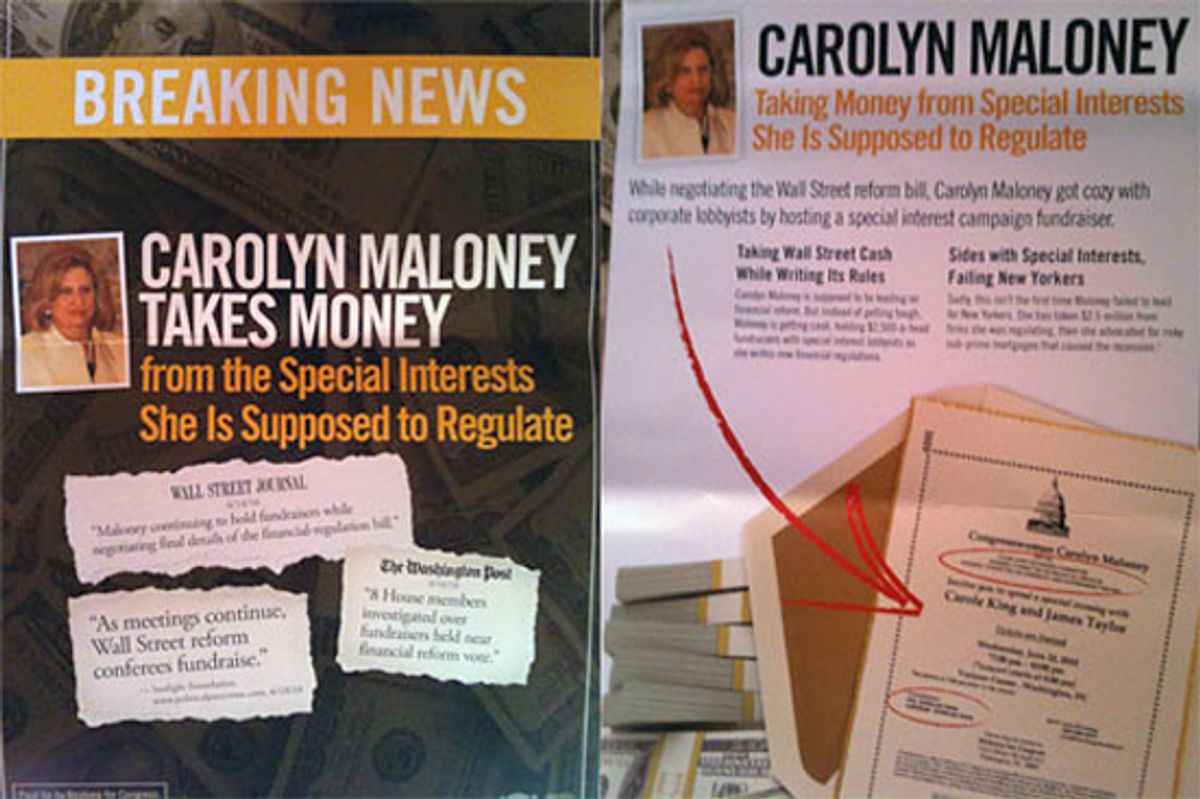 A mailer from the Reshma Saujani campaign
--

Reshma Saujani is running for Congress as a Democrat in New York's 14th District. The incumbent, Carolyn Maloney, hasn't had a primary foe on the ballot in 18 years. Saujani just collected 7,250 signatures and almost $400,000, so that will very probably change.

Saujani has taken some heat from people who accuse her of being the candidate of Wall Street. The reason people say that is because she worked at three hedge funds and all of the people backing her candidacy are rich and powerful.

Here is an example of her terrible messaging:

Her campaign also said that, despite the image she's been shaking of being attached to Wall Street, that only 25 percent of her donors are affiliated with the banking industry.

Oh, only 25 percent of her donors are affiliated with the banking industry! Only one-quarter of the people funding Saujani's campaign are the people she says it's unethical to accept money from. Good work, Saujani campaign. They didn't mention what proportion of the $1.2 million she's raised (or the $426,000 she has on hand) comes from that 25 percent, though. Because the thing about banking industry donors is that they tend to have a lot more money (and therefore a lot more influence -- or "speech") than other donors.

Saujani is not expected to win. But she is already blanketing the district with negative mailers (like the one seen above, which falsely implies that Maloney was a target of an Ethics Committee investigation), and if she keeps up the fundraising she can launch a negative ad blitz just before the primary elections in September. If she manages to trick enough angry Democrats into thinking that she represents an actual insurgent left-wing campaign, instead of one funded by the people who've destroyed the Democratic Party from the inside, she could pull this off.