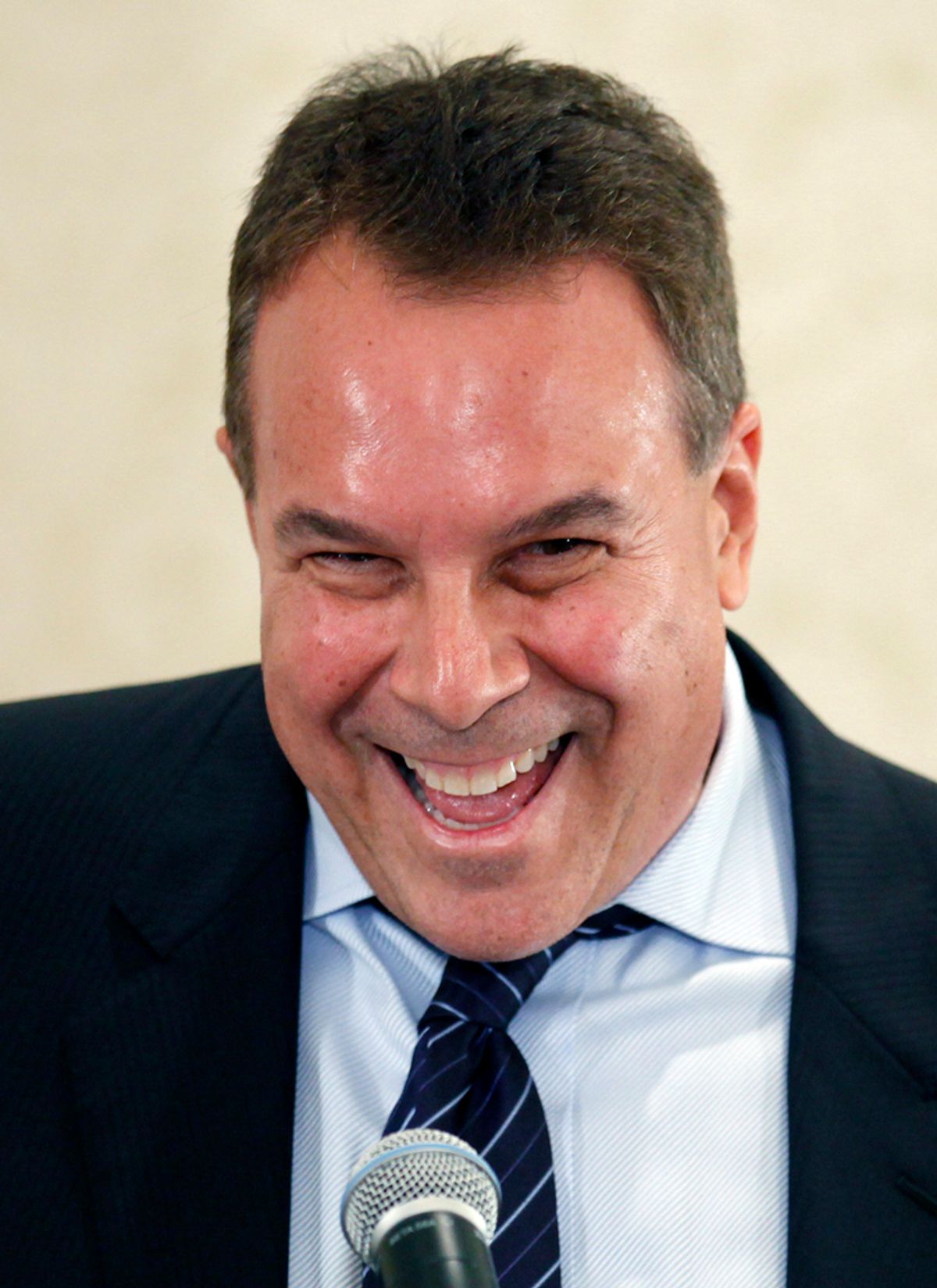 Billionaire real estate investor Jeff Greene is running for the Democratic nomination for U.S. Senate in Florida. (When he's not partying with Lindsay Lohan in St. Barth. Which is a thing he was photographed doing this past winter.) And he's obviously got a lot of Floridians excited. Greene just filed his first fundraising report, and he raised a whopping $3,036!

(Even that meager $3,000 is baffling. What kind of person donates money to a billionaire?)

Greene recently repeated the common boast of rich people running for office: that, unlike his professional politician opponent, he has "created jobs." Greene made his vast fortune not by building a company that employs humans, but by investing $50,000 in shorting subprime mortgages through credit default swaps. But presumably he kept someone at Merrill Lynch employed.

And -- busy week for Greene -- his campaign manager quit after two months.