The psychology of Mel Gibson's rage

An anger expert explains what's really going on behind all the F-bombs, the racial slurs and the screaming 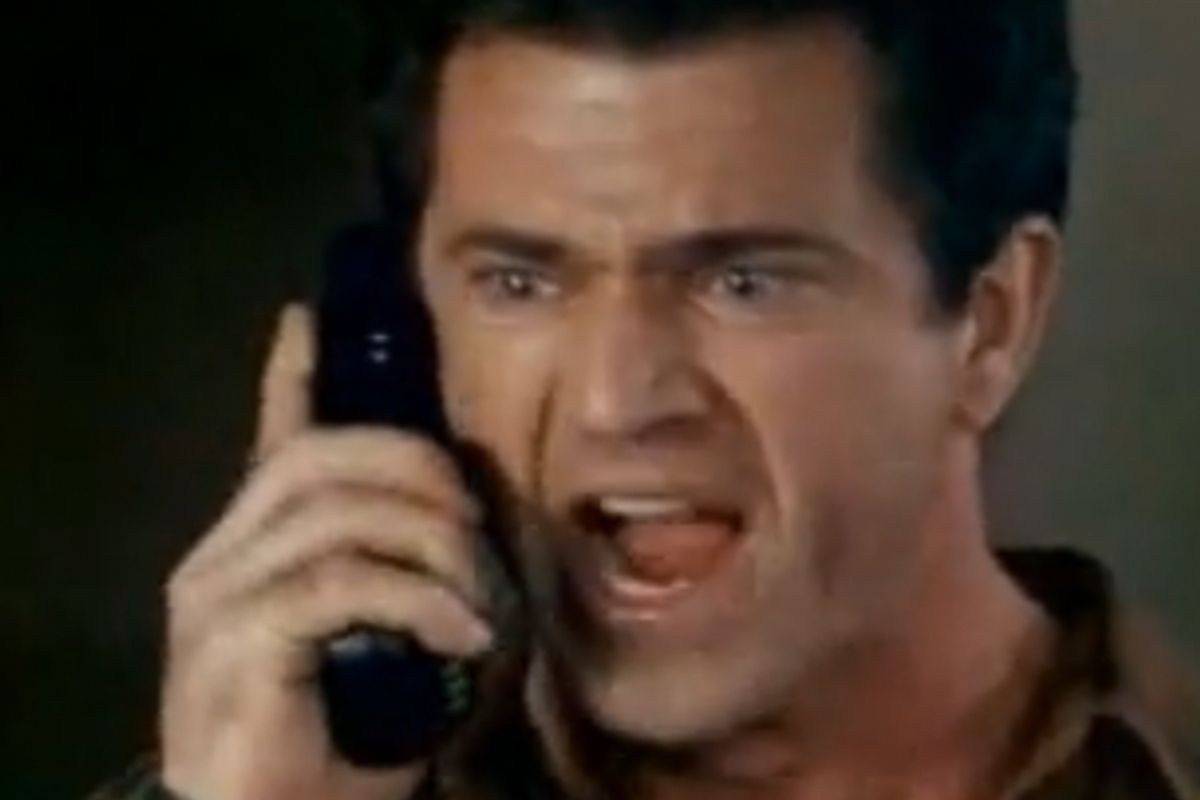 "I feel like I'm listening to Satan," a coworker wrote me upon hearing the Mel Gibson tapes. Indeed, the anger in taped phone conversations between Gibson and his girlfriend Oksana Grigorieva (there are five, at last count) is volcanic: "I'll put you in a fucking rose garden, you cunt," he snarls. Or consider that poison gem: "You look like a fucking pig in heat. And if you get raped by a pack of niggers it'll be all your fault."

Much ink has been spilled on the Gibson tapes -- whether he's a racist, how this will affect his career, whether it's OK to laugh at such vile behavior -- but we wanted to know what they said about the man himself. What fuels such epic rage? We spoke to Steven Stosny, a DC-area therapist who specializes in chronic resentment, anger and abusive relationships and author of the book "Love Without Hurt," to analyze what's going on behind all the F-bombs, threats and shouting.

Probably the most common reaction I'm hearing to these tapes is disbelief. People can't believe how angry and out of control Mel Gibson sounds. How unusual is this kind of anger?

It's not unusual at all. The difference isn't in emotional intensity, it's in boundary violations. He's threatening her and intimidating her, and most couples don't cross that line. But abusers feel entitled, they feel they have a right to do what they're doing, because they feel like victims. The way she dresses humiliates him. The way her breasts look humiliates him. It's a failure of compassion -- he's not able to see the world through her eyes. He's just seeing her as an extension of him.

Now, what I think is probably happening with him, especially that one in which he's hyperventilating -- you can hear him panting -- that's a sign of a panic attack. These calls are obsessional. He's thinking about her over and over again, he's seeing himself as the victim, and it stirs in him this need for retaliation.

I kept wondering to myself: Is this person bipolar? Is he on drugs? She keeps saying, "You're crazy. You need medication." I understand you've never seen Mel Gibson in a clinical setting, but what would be your armchair diagnosis?

I'm pretty sure he's drinking in a couple of the tapes. He's slurring his speech. Is he bipolar? To really diagnose that you'd have to see him depressed. It's possible he could be on an amphetamine-like drug. The anger is a natural amphetamine, so if you add an amphetamine to it, even caffeine, it becomes more intense.

I didn't notice him slurring his speech -- I was listening for it, because we know he has a history of alcohol abuse. But there is that moment where he angrily says, "You make me want to smoke!"

He blames all of his impulsive behaviors on her. Without you, I would be a better person. As far as the intensity and the anger, that is not that different from what I see in a lot of distressed couples. Distressed couples are like toddlers. They're stuck in the part of their brain that developed at two and a half, and they can't see any other perspective. If I'm angry, you have to do something to make me feel better.

It's funny you mention toddlers. There is something unfiltered and id-like about that rant. It sounds like he's throwing a tantrum.

And he's getting more upset because she's staying so calm. Now, she's staying calm because she knows it's being recorded. But he gets angry because she's not participating in the way she usually does, in a back and forth. He's interpreted it as her being superior, as condescending.

So much of his language is about domination: "I own you."

He's trying to dominate because he feels powerless, and the adrenaline rush from domination makes him feel temporarily more powerful. He feels he's lost that woman's love, and it's probably true -- he probably did lose her love with that kind of behavior. This is the downward spiral of the abuser. He feels unlovable and inadequate -- but in the history of human kind, has anyone ever made themselves feel more lovable by hurting someone they love?

Why do you think he feels so powerless?

You can get any man really upset by making them feel they are a failure as a provider, protector, lover or parent. I suspect there is some kind of sexual problem -- he talks about her "dysfunctional cunt." If he's drinking a lot he's going to have erection problems, so maybe he's blaming that on her.

The sex is also domineering. I'm sure he doesn't go for intimate, cuddling sex. I imagine it's kind of pounding, and that's because he needs to feel in control. Now probably, she went along with that to begin with but stopped for some reason and that's why she developed that "dysfunctional cunt."

Do you see a connection between the hateful way he talks to his girlfriend and the racial slurs?

There was a video mashup of this tape along with the Christian Bale rant that went viral a few years ago. Is there a way to which celebrities are particularly prone to these rants?

Celebrities are different in that their sense of entitlement gets so much reinforcement. I treated an NBA basketball player who was accused of rape. And he did rape this young girl, but in his head it wasn't rape. He couldn't believe she wouldn't want to have sex with him. When she was saying "no, no" it just didn't register because, "Who wouldn't want to have sex with me?" And celebrities get all this adulation for something that is not about character, it's about talent.

Especially with the acting -- you get so much love for being someone other than yourself.

Absolutely. Self-value for many celebrities is what's called "externally regulated" -- it all comes from outside, you have to be filled up from what people say and think about you. If that feedback is negative, you can become rageful. How that translates in intimate relationships is -- and I'm pretty sure he really loves this woman, even if he has no compassion for her -- she has the power to make him feel very good when she's doing what he wants her to do, but she can make him feel very bad, just by virtue of having her own feelings.

Women actually do. It's a different dynamic, though. Most female rage is covering up a fear of some kind. Women tend not to try to dominate. They can be vengeful -- less to harm you or make you afraid than to make you feel isolated and unloved. Even little girls, the way they insult each other is, "Nobody's going to be your friend." Boys show dominance: "You loser. I'm going to beat you." That's sort of the motivation we see here in her making these tapes. Nobody's going to love you once they see what you're really like. Although I'm sure she's motivated by self-protection and fear. I'm sure what we heard on these tapes is not the worst of it.

Not to be an apologist for Mel Gibson, but it's hard not to listen to those tapes and hear someone who is in a lot of pain.

Well, yeah, he is in pain. There's a lot of self-loathing. This is a person who really can't stand himself.