We keep hearing that the governments of both countries are at odds. But apparently not when it comes to this issue 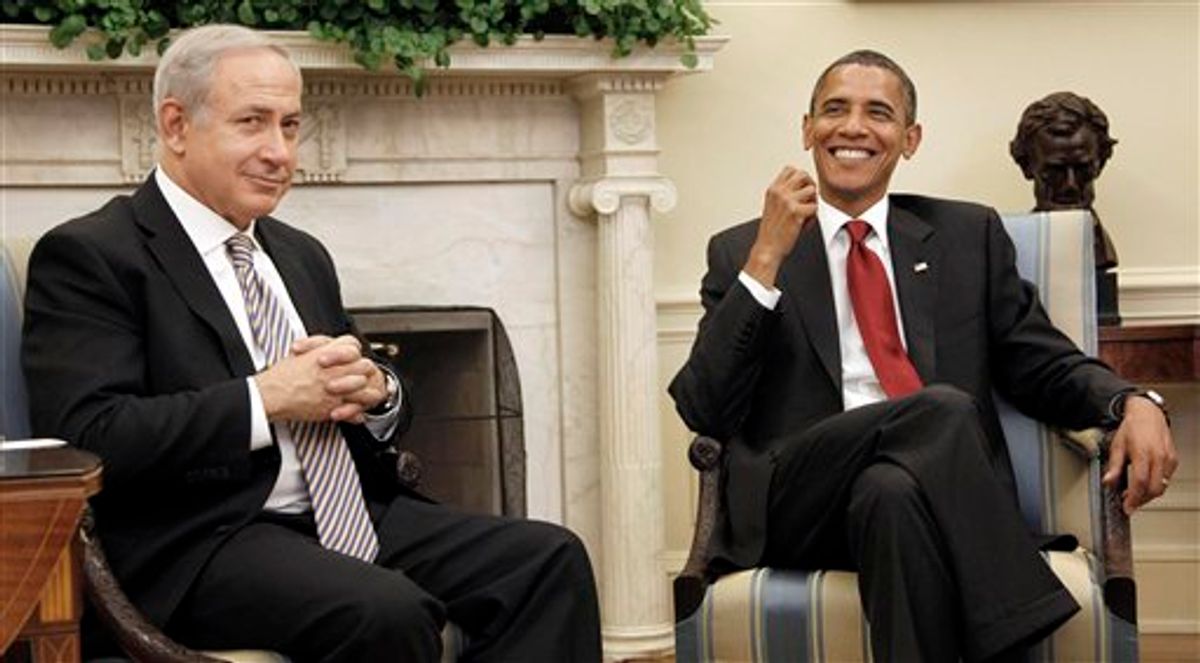 To hear most media tell it before last week's meeting between Barack Obama and Benjamin Netanyahu, the only relevant question was whether a deep U.S.-Israel "rift" was temporary or permanent.

But the idea of some kind of substantive schism between the two countries has always been a bit comical. As Bloomberg put it in an underappreciated piece last month, "Obama's Israel Policy Showing No Difference With Clinton-Bush."

The latest evidence of the non-rift comes in this new Time story in which Joe Klein passes on spin he's getting from unnamed U.S. and Israeli government sources about the chances of a U.S. attack on Iran supposedly rising (emphasis ours):

Other intelligence sources say that the U.S. Army's Central Command, which is in charge of organizing military operations in the Middle East, has made some real progress in planning targeted air strikes -- aided, in large part, by the vastly improved human-intelligence operations in the region. "There really wasn't a military option a year ago," an Israeli military source told me. "But they've gotten serious about the planning, and the option is real now." Israel has been brought into the planning process, I'm told, because U.S. officials are frightened by the possibility that the right-wing Netanyahu government might go rogue and try to whack the Iranians on its own.

Hard to know what to make of this, especially as Klein opts not to let us in on which side is feeding him this information. But high-level military cooperation is a useful reminder that talk of a "rift" between the Obama and Netanyahu is pretty much bunk.