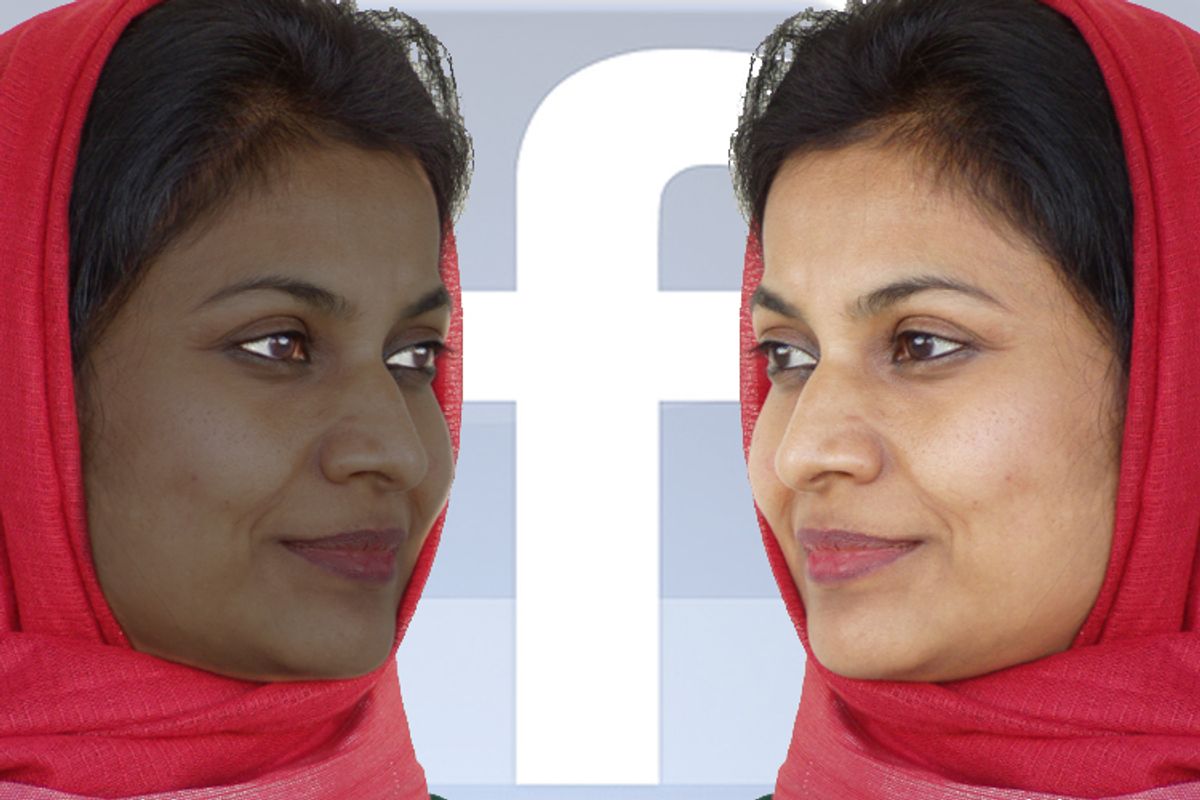 I was 15 when I had my first encounter with a skin lightening cream. I'd just started dating a boy in my hometown of Mumbai, an actor, no less, and I loved being seen on the arm of someone so famous. It was a wonderful little romance -- we waved to each other from across the street during lunch break, snuck out of our houses, spoke on the phone for hours -- it was everything a teenage love affair should be. Then, one day, he told me I was too dark. "You should use a fairness cream. It'll make you hotter," he said, as his hand slipped into mine while we walked.

Suddenly, fairness creams became real, as did my more-coffee-than-ivory skin. Until then, Fair & Lovely -- India's most well-known skin lightening cream -- had existed only in advertisements and under glass shelves in pharmacies. No one I knew used it. These products have long been hugely successful in India. Fair skin is generally associated with beauty, greater affluence and increased employability. Bollywood frequently sings of "gora mukhdas" (a fair complexion) and "white skin." Yet, until a few years ago, fairness creams were marketed mainly to women.

So when Vaseline came out with a Facebook application that allows you to lighten the skin tone on photographs a few days ago, it signaled the beginning of something new. The Facebook app, which is intended as a marketing tool for Vaseline’s newest skin-lightening cream, Be Prepared, is targeted at men. That in itself is not particularly surprising -- cosmetics giants have been attempting to get men to use fairness creams since 2005. However, the application also has a social networking feature -- after you create a new, fairer avatar of yourself, you can share it with friends and create a gallery with a variety of images to be displayed on your Facebook profile page. What this means is obvious: Vaseline wants to remove whatever taboo is left in the usage of these creams.

Despite the ubiquity of the fairer-skin bias in India, the application of skin-lightening products is still not openly discussed -- especially not among the elite (quite obviously the class that Vaseline is trying to target on Facebook). As a 19-year-old college student, I was ashamed of the way I looked, and even more ashamed that it mattered so much to me. I swung wildly between indignant, self-righteous anger and crippling insecurity. I made documentary films about my country's clearly racist attitude toward beauty, even as I secretly experimented with skin lightening face washes. I remember buying a Clarins skin-brightening serum when I was 19. I used it religiously every morning, marveled at how much better I looked and then threw it away, racked by anguish and guilt.

Vaseline wants to bring it all out in the open. How do I feel about this new brazenness? I'm not sure. On the one hand, it will perhaps encourage a more active conversation around the subject -- someone puts up his "whitened" picture on Facebook, someone else comments on it, another person makes their disapproval obvious, someone else defends it, a comment war starts, etc. On the other hand, I wonder if removing whatever remaining shred of shame surrounding skin-lightening products will now allow young boys and girls to use these creams more unabashedly than ever before.