Another week, another injury: Ashley sits out while the men dominate the stage 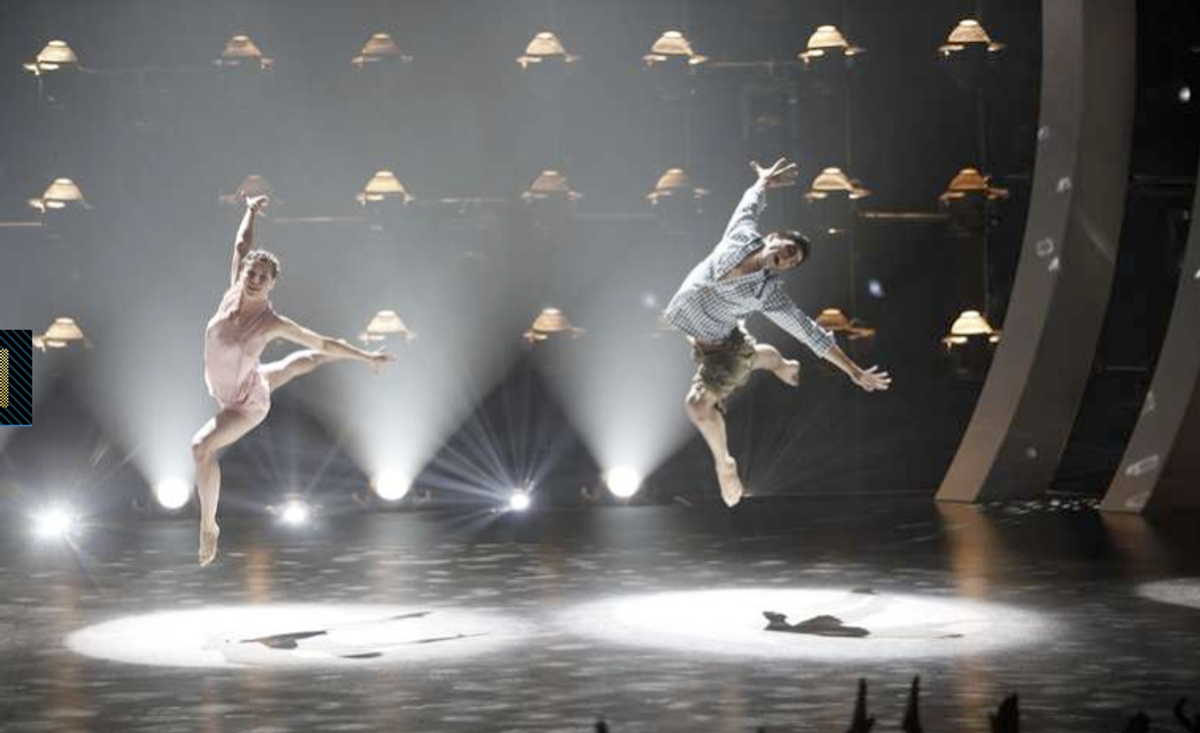 I was deathly afraid some of the spark would be gone on "So You Think You Can Dance" now that Alex Wong isn't electrifying the judges (and us). But I had a lot more fun watching the performances this week than I ever expected, so that's a great big "phew" from the peanut gallery, and I'll eventually learn to trust the producers. Maybe.

But what are they doing to the performers down there in L.A.? Ashley was injured during rehearsal this week, and therefore absent Wednesday night, but I'm optimistic that her ribs will be well and healed (enough) for her to perform next time and avoid automatic elimination. As for who will join her in the bottom three: I think Billy's in trouble, again, I still think Adéchiké's bulletproof, and Robert may have been able to win over some converts, so ... Jose? Lauren, just because she's a girl and Kent kissed her last week on stage with out any orders to do so? Who knows. She was the only one repping the estrogen set this week, and she still has a lot to offer.

But because of the lack of girls, we were able to see a solid representation of same-sex male dancing in a wide array of styles, from b-boy to contemporary, and I have to agree with Mia: "I love boys." There is definitely a different paradigm of emotional response and connection when dealing with dancers of the same gender on stage together. The performers connect to each other on a new level, one that we don't normally get to see on "SYTYCD," and the same-old, same-old romantic stories and themes get blown up, forcing choreographers to come up with something tasty and fresh. I can only hope that we're able to see Lauren and Ashley pair up next week.

Lauren: When the Tahitian routine by new choreographer Tiana Liufau started, and I saw that feather garland around Lauren's hips, I wrote "she's got the perfect ass for this," and the judges backed me up on that. Plus I was so mesmerized by the feathers and the shaking and Mark's insane body to even notice if the rest of the components were working until I rewound a bit. They did. And Lauren's natural cheerleader-perkiness was perfectly suited to the super-fun jazz she did with Billy. She was literally the human personification of adorable, sparkly pink sneakers.

Billy: I just want to stick him in my pocket and take him home. He's so darling! But my notes indicate that I didn't buy his jive with Anya (to a Meatloaf song, really?) -- my first impression was "he's a junior high school student and she's Mary Kay Letourneau." Yeah, he had the speed necessary for effective execution, but yikes. Ballroom routines as a whole have been underwhelming this season, and this was no different. But that "Boogie Shoes" routine with Lauren was remarkably funky for him, was a ton of fun to watch. It could've veered towards his poorly-conceived "Footloose" number from earlier this season, but it didn't.

Adéchiké: I was so distracted by his day-glo outfit during the samba with Anya that I could barely watch his actual technique -- it looked like a 4-year-old made it out of '80s swimsuits. For her Ken doll. But he was alright: rough around the edges, lots of split-second pauses and trying too hard for the grabs, but the judges were pretty easy on him after last week's Miavisceration. The contemporary number with Kent, though, was miraculous. Not my favorite of the night, but close. That leap! That strength! Which leads us to...

Kent: Little Boy Blue Eyes has come a long way in the last two weeks, and the increased physicality of his dancing this week served to show him off, in a great way. The contemporary with Adéchiké did something amazing: it made me see Kent as something other than a little kid. When he performs in his own style he ages instantaneously, into a man, and it was kind of stunning to watch that transformation in this context. He didn't have to romance a girl, or pretend his partner on stage broke his heart, and it allowed him to just be a dancer. And the Broadway with Neil let him show off his charm, his pirouettes and his gymnastic ability all at once. Excellent work.

Jose: The bloom might be off the rose for hangdog Jose, even with the opportunity to put his b-boy skills on display with All-Star Dominic in the first breakdancing routine in "SYTYCD" competition history. I was perfectly charmed by his "Mr. Cellophane" Broadway piece, given the fact that he was dancing with a partner -- but not really. And while I like the idea of the b-boy number, it felt like a a bit like a novelty act and Dominic kind of outmatched him move-for-move. But the thought of Billy or Ashley trying to do what Jose can do is giggle-inducing, for sure.

Robert: This guy is my favorite. He's been creeping up on me for weeks, and the range he showed with his performances this week just sealed the deal. The Goosebump Award of the night, hands down, was his Travis Wall mother-son contemporary piece with All-Star Allison (who also had injured ribs and was back a week later, so, no excuses, Ashley!) The choreography tapped in to Robert's oft-professed dedication to his own mother, and we got to see him configure his body in new ways, bending to the will of the moment, not just performing the specific steps. And Wall, again, created something beautiful yet not maudlin, like many of the "for my parents" pieces on the show. Robert and Allison were connected, powerful, intense, and made me (and everyone else, even Cat) get all blubbery. Then for him to turn around and infuse a bit of sexy Scissor Sisters into his disco with All-Star Kathryn proves that he's totally the Man. His arms were yards long, his pelvis appropriately thrusty (whatever, Mia) and his shimmy, perfection. Love it.

What did we learn, class?: "SYTYCD" must have great insurance for all the dancers they keep breaking. Looking like a "duck in heat" is actually a good thing, according to Mia, and for once I understood what she was talking about. Kent has an actual crush on Lauren, and we have Adéchiké to thank for that little nugget of gossip. Jose can't really take criticism without looking like he's going to throw himself in front of a bus -- man-up, dude. Kathryn learned a Doriana "Mistress of Pain" Sanchez disco routine in, like, zero time and looked hot. And Nigel was the only person on the show Wednesday night who might have consulted a mirror before he (or she) left the house.

Bob Fosse got another shout-out on the show, this time for his work choreographing "Damn Yankees" -- and while it's not "Shoeless Joe from Hannibal, Mo" this is actually Fosse dancing with Gwen Verdon (before they got married) in the movie version of the "Who's Got the Pain?" number. Turns out his choreography for Verdon in the play had a few more pelvic gyrations, which were deemed too risqué for the film. Someone tell that to any present-day pop star.