Tucker Carlson went to court to win his domain name 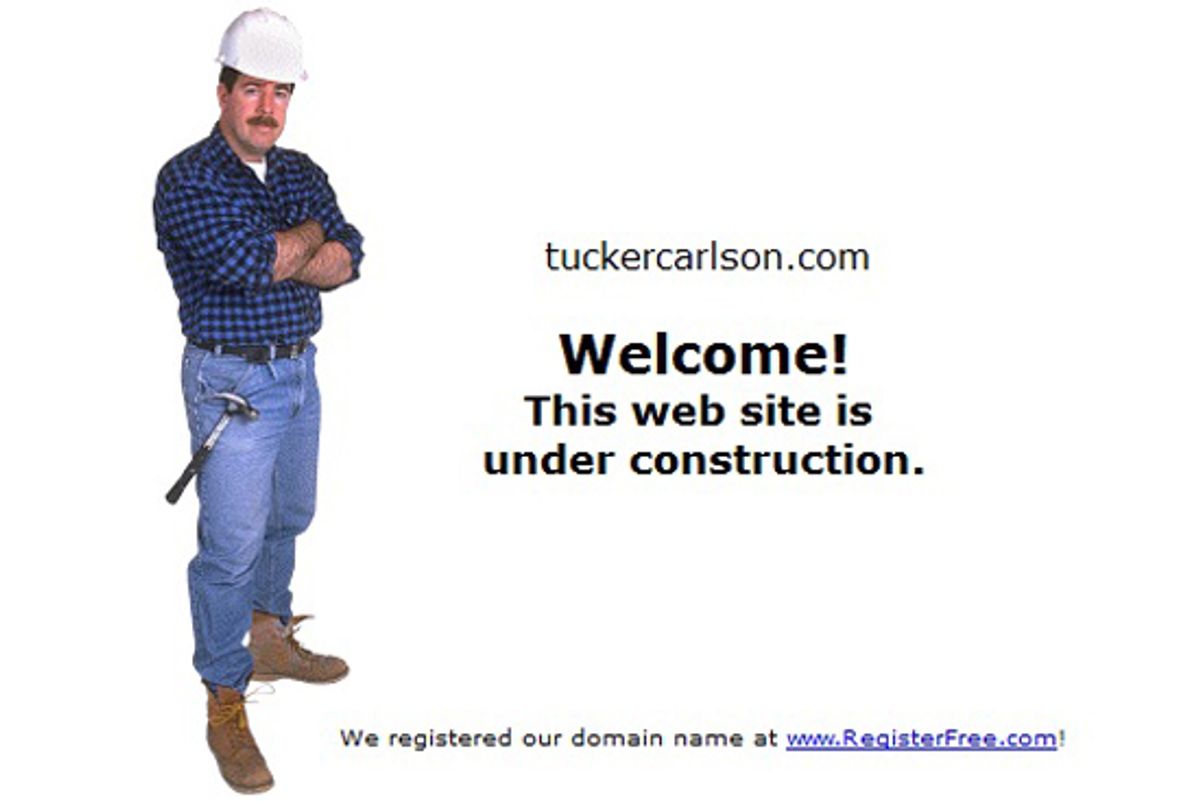 Fun fact: Back in 2008, Tucker Carlson went to court to win the rights to the URL TuckerCarlson.com. (Oddly, he didn't then spend a couple bucks to nail down TuckerCarlson.net, but his lack of foresight is our gain.)

TuckerCarlson.com was registered by persons unknown in 2003. They didn't do much with it, though it was up for sale in 2004 for the low, low price of $288.

Celebrities usually win domain-name disputes, especially if their names were registered for commercial purposes. Which means Keith Olbermann would likely prevail if he decided to take the Daily Caller to court.