Why won't the Fed come to the rescue? 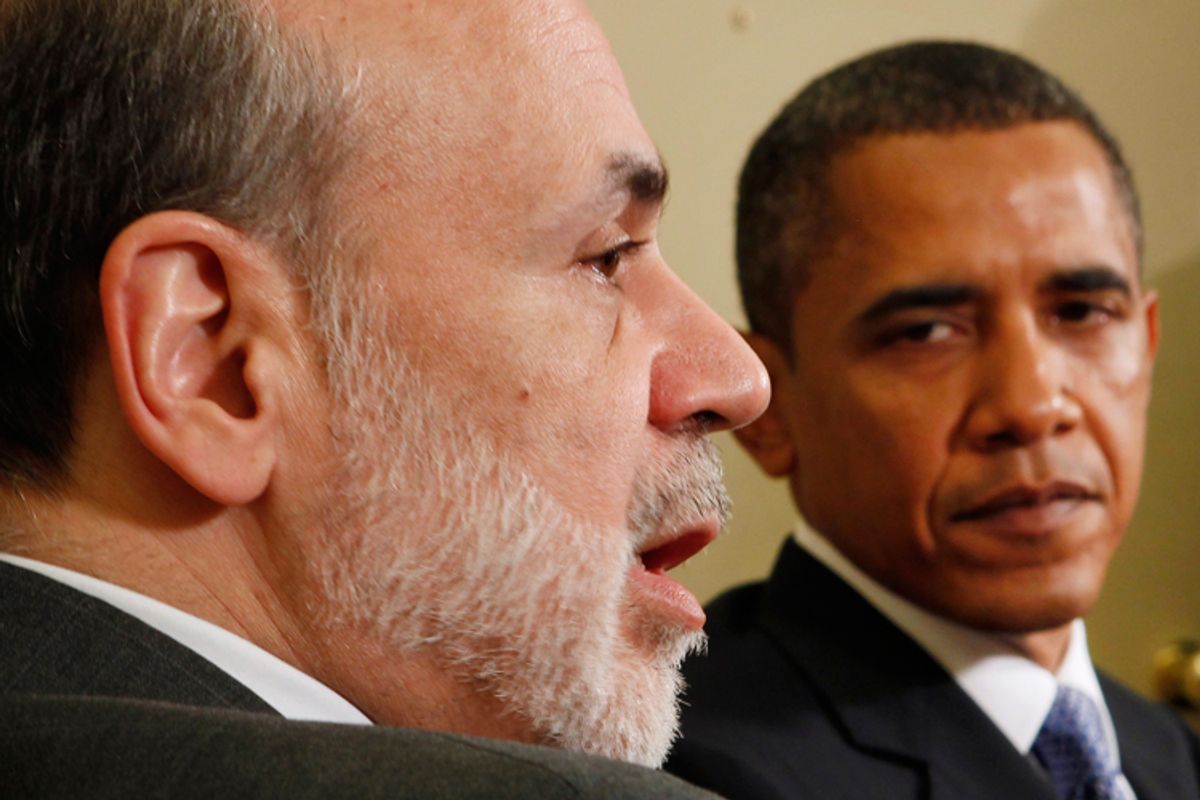 On July 7, the Washington Post published a story in which several Federal Reserve Bank officials acknowledged that the central bank still had tools at its disposal that it could use to spur a "faltering" economy recovery. But since the Fed delays release of the minutes detailing its own internal deliberations for several weeks, the news July 14 is that in late June, the Fed decided that the time was not yet ripe for any additional action -- even though the consensus opinion of the Fed Board of Governors is that economic growth in the next couple of years will be slower, and unemployment higher,  than it had previously projected.

Which leaves us where? Did economic indicators deteriorate enough between the Fed's June meeting and last week to inject new urgency into the hearts of the central bankers? Or are those who are hopeful that the Fed will come to the rescue, in the clear absence of any additional action from the White House or Congress, fatally misjudging just how severe matters must get before Ben Bernanke and company decide to bestir themselves again?

There has been a wealth of commentary on this issue between the publication of the Washington Post article and the release of the minutes. A few themes have emerged.

Given the Fed's quasi-independence from the executive and legislative branches, is there any way that the White House can exert leverage? The most obvious opportunity came when Ben Bernanke's term expired. Obama chose to reappoint him. That decision could be defended on the grounds of the actions Bernanke took to end the credit crunch, but it looks worse and worse with each day that passes and the Fed decides to stand pat on an economic climate that is crushing millions of Americans.

On Thursday, a Senate committee will start interrogating Obama's three new nominees to the Fed board: Janet Yellen, president of the San Francisco Fed; MIT economist Peter Diamond; and Sarah Bloom Raskin, Maryland's bank regulator. Fed-watching tea-leaf readers believe that together, all three will help push the Fed toward a more aggressive stance in confronting lingering unemployment. How long it will take to get them confirmed, given the awesome dedication of Senate Republicans to their (successful) strategy of slowing down the process of government to sheer immobility, is an open question. Some critics feel that Obama should have been more aggressive from the start at filling the Fed's open seats. But at long last, reinforcements are on the way. The question remains: Will they arrive in time to make any meaningful difference?