It's the Year of the Pitcher! Wait, is it really?

Baseball pundits proclaim the end of an era dominated by heavy sluggers, but I'm not so sure 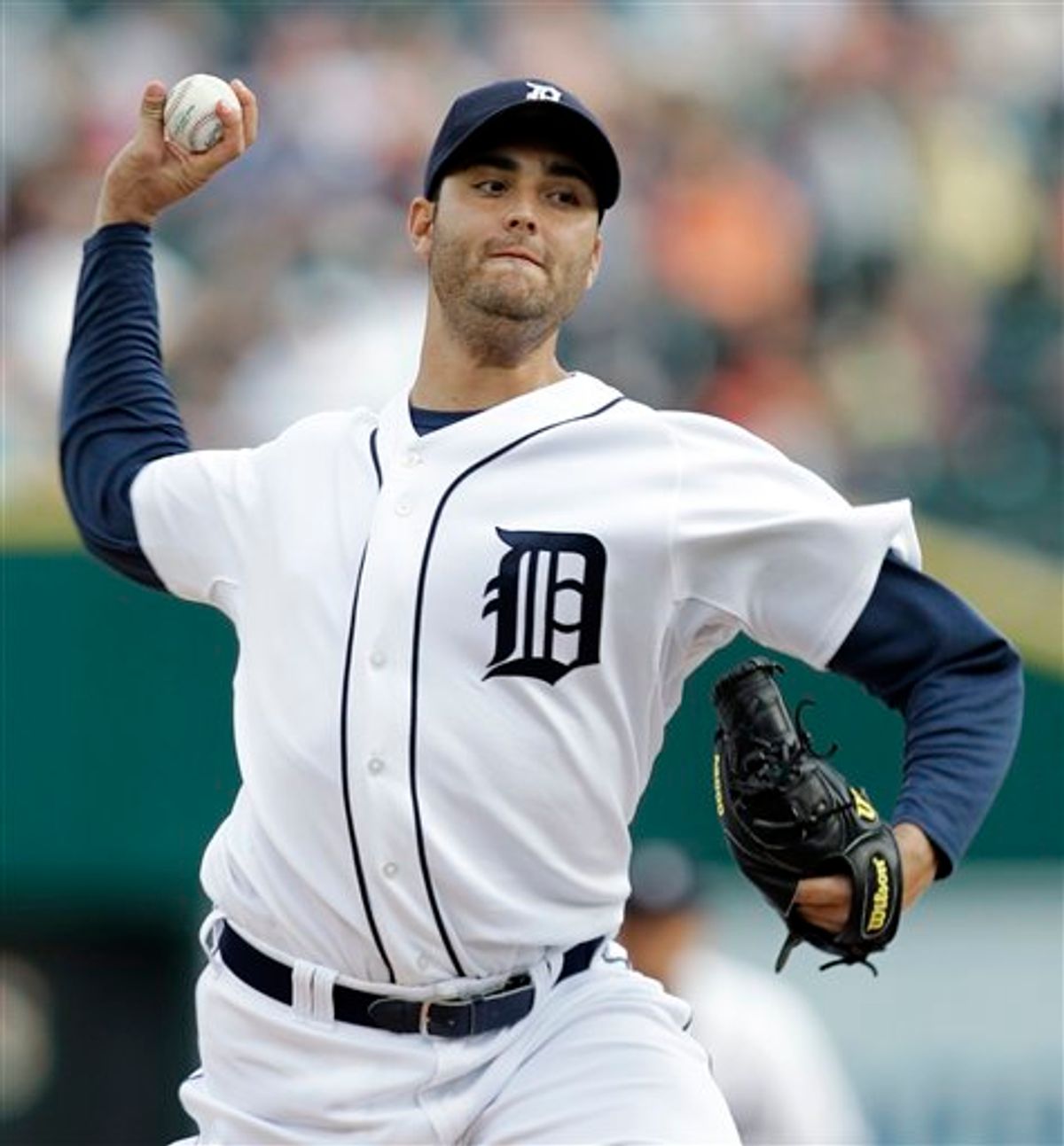 "Good pitching," veteran left-hander Bob Veale observed nearly half a century ago, "stops good hitting every time. And vice versa." According to baseball commentators, 2010, at least so far, is one of those seasons that Bob Veale was talking about -- before he got to the vice versa part.

Everyone from ESPN to Sports Illustrated has proclaimed this "the Year of the Pitcher," and when you consider the highlights, it's hard to disagree.

As Major League Baseball cruised into its midseason All-Star Game this week, there had already been four no-hitters, two of them perfect games, by the Oakland A's Dallas Braden on May 9 and the Philadelphia Phillies' Roy Halladay on May 29. If not for an infamous call at first base by umpire Jim Joyce while the Detroit Tigers' Armando Galarraga was on the mound, there would have been an incredible three perfect games and five no-hitters through just the first four months of the season.

Those gems, together with the spectacular debut of Washington Nationals rookie Stephen Strasburg (who is striking out National League hitters at a beyond-Sandy Koufax rate of almost 13 per nine innings) and an eye-popping 15-1 win-loss record posted by Colorado Rockies right-hander Ubaldo Jimenez (who no-hit the Atlanta Braves on April 17 despite allowing six walks), have analysts' heads spinning trying to determine what has thrown the baseball world off its axis.

Exactly why pitchers have seized the initiative this year isn't clear. Baseball history has seen many eras in which pitching dominated hitting or vice versa. Babe Ruth, of course, is given the most credit for revolutionizing baseball and turning it from a defensive, low-scoring game into something akin to what modern fans would recognize. Perhaps Ruth's biggest contribution was hitting the ball as hard as he could instead of simply trying to reach base as great hitters did in the dead-ball era. (For instance, in 1908, when runs scored reached a 20th century low of 6.76 per game.)

By 1930, though, many factors -- bigger, stronger hitters; cleaner, fresher baseballs; the outlawing of certain pitches (such as the spitball); and, perhaps above all, bandbox ballparks with short fences -- combined to create a run-scoring explosion: Major League hitters produced an average of 11.1 runs per game that year, still the all-time record.

Over the next eight decades, defense-minded managers reacted to the success of the sluggers with such innovations as bigger and better gloves and more sophisticated pitching techniques; first, the use of relief specialists, and then, over the last couple of decades, the creation of layered bullpens in which a team of relievers takes over when the starting pitcher tires in the seventh or sometimes even the sixth inning.

When the modern major leagues expanded by adding teams for the first time in 1961-62, it boosted run scoring; a smaller strike zone and slightly elevated pitching mounds gave the edge back to pitchers in the mid-to-late 1960s. 1968 practically represented a return to the dead-ball era: The average of 6.84 runs per game was the lowest since 1908. 1968 was the real Year of the Pitcher, led by Bob Gibson (whose 1.12 ERA was so small that his catcher, Tim McCarver, quipped that "it threatened to disappear"), Don Drysdale (who set a then-record of 58 and two-thirds consecutive scoreless innings), and Juan Marichal (who won 26 games, and even more amazing, completed 30).

For 20 seasons starting in 1973, pitchers and batters were more or less on even terms, pretty much holding steady at around 8.5 runs, on average, per game. But from 1993 until 2008, hitters ruled, never failing to average at least 9.2 runs per game and twice topping 10; the 10.3 runs per game in 2000 was the fourth highest since the start of the 20th century.

What accounted for the surge? Some credit ballparks more conducive to hitting, but the most usual suspect is performance-enhancing drugs. Former New York Mets pitcher turned broadcaster Ron Darling suggested, in an interview I conducted with him last year, "Increased testing might be the major reason run scoring has dropped so much over the last three seasons. It's hard to believe that it's just a coincidence that there's fewer runs at the same time there's less doping."

Darling may be right, although the thesis doesn't explain why, if pitchers were using PEDs as well as hitters, things wouldn't have simply evened out. It also assumes something that's never been proven: namely, that so-called PEDs gave hitters all that much of a boost. (Most of the players named in the Mitchell Report who were suspected or known to have used PEDs scarcely, if at all, boosted their numbers over the time they were supposed to be juicing.)

Still, I can't help wondering whether the so-called Year of the Pitcher is largely an illusion. It's too early to tell if pitching is really dominating the game. Halfway through the season, teams are averaging 8.92 runs per nine innings, which is down a little from 9.22 last year and 9.30 the year before. But there may not be one single reason behind that. It might be a combination of small factors that are almost imperceptible. For example, you see a lot of teams like the Boston Red Sox choosing players for their fielding ability over guys who can hit but play indifferent defense. When a team makes that choice, they're not only taking a few runs away from their opponents, but also taking runs away from themselves. It's a two-fer.

Perhaps the Year of the Pitcher is simply a natural reaction to a decade and a half of dynamic hitting as teams have learned to counter with new pitches and new pitching strategies. Most likely, within a few years hitters will learn to counter the pitchers' counters. And then, vice versa.

Note: This story has been corrected since publication to reflect the correct number of no-hitters in 2010.