Should Fox fire Glenn Beck? Or should he resign?

The combative talk host, who said Helen Thomas should be ousted, utters a classic anti-Semitic slur 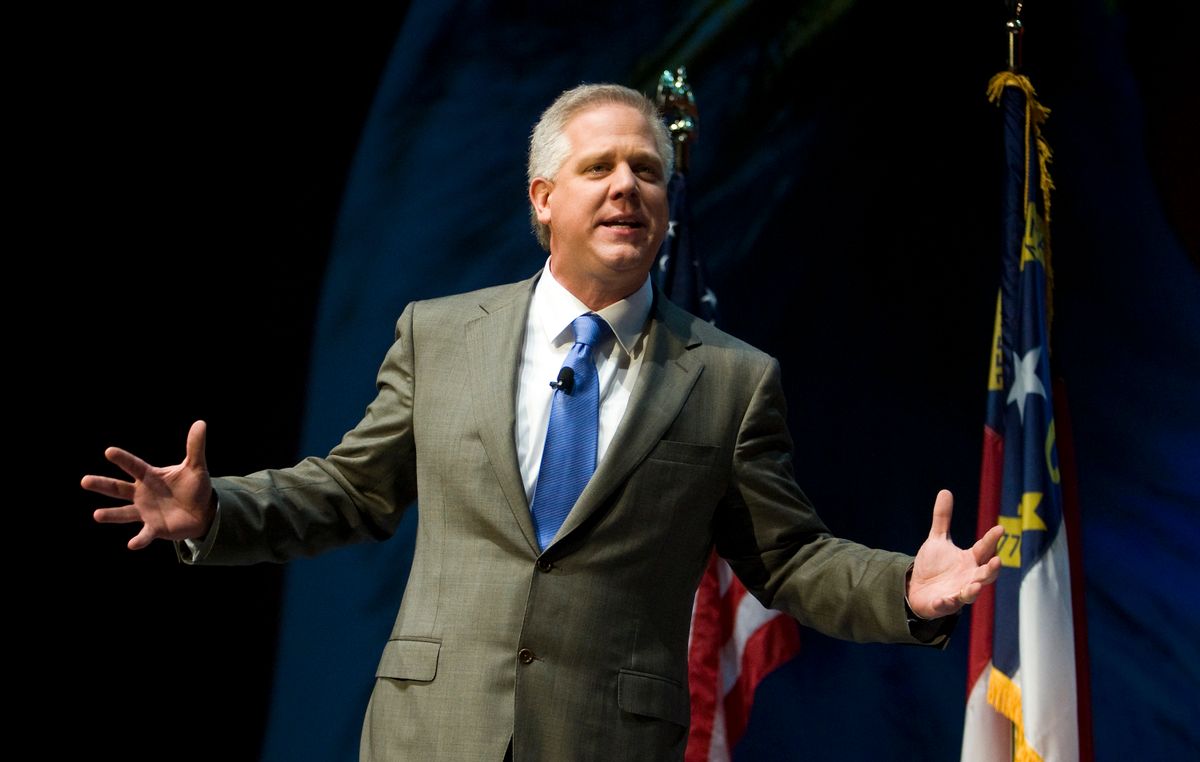 Has Glenn Beck been touting anti-Semitic propaganda again? If so, should he suffer the same fate as Helen Thomas, the legendary Hearst columnist forced to resign last month after an idiotic tirade urging Israelis to "go home" to Poland and Germany?

Those unpleasant questions were provoked by Beck's latest bizarre outburst concerning religion when, in the throes of yet another lecture July 13 on why Christians should abhor social justice, he alluded to his belief that "the Jews" had killed Jesus Christ.

Discussing liberation theology and its portrayal of Jesus,  Beck said: "If he was a victim and this theology was true, then Jesus would have come back from the dead and made the Jews pay for what they did."

Beck's recitation of the old Christ-killer canard -- a foundation of anti-Semitic ideology from the Passion Plays of the Middle Ages through the rise of Nazism to Mel Gibson's contemporary spewing -- may or may not represent personal prejudice. As the Fox News star might say, some of his best friends (including his publicist Matthew Hiltzik) happen to be Jewish.

But this fresh gaffe is hardly the first time that Beck has given wide circulation to ideas and ideologues hateful to Jews. Whether he is a bigot in his heart is unknowable, but he is a repeat offender.

As noted in a Salon series last year by Alexander Zaitchik, author of  "Common Nonsense," a gripping and thoroughly researched Beck biography, he has frequently and enthusiastically endorsed the late W. Cleon Skousen, a far-right favorite of the '50s and '60s with roots in Beck's own Church of Latter-Day Saints. Skousen's conspiracy theories echo old anti-Semitic themes about world domination by major banking families that can be found in the works of Henry Ford and Adolf Hitler.

According to Zaitchik, Skousen relied on "research" by Arsene de Goulevitch, a former czarist officer whose own sources included Boris Brasol, the pro-Nazi Russian émigré who popularized the Protocols of the Learned Elders of Zion, a forged text alleging a Jewish conspiracy to rule the world.

So embarrassed was the Mormon leadership by Skousen's extremism that they eventually disowned him and his books. In 1971 the editors of the Mormon journal Dialogue invited Georgetown historian Carroll Quigley to write a critical review of Skousen, who had extolled his work. Quigley condemned his whacked-out admirer in the harshest possible terms: "Skousen's personal position seems to me perilously close to the 'exclusive uniformity' which I see in Nazism and in the Radical Right in this country. In fact, his position has echoes of the original Nazi 25-point plan."

Dubious and deluded though Skousen surely was, he is not the most disreputable figure admired by Beck. That distinction still belongs to Elizabeth Dilling, Nazi propagandist and Axis agent, whose 1935 tract "The Red Network" he endorsed just last month.

On June 4, Beck told his radio audience that he had been reading Dilling's book, sent to him by a fan, "last night," and that it was a "handbook ... for patriots." If he actually read the book, he must have perused the sections in which Dilling blamed the anti-Semitic outrages of the Nazi regime on the Jews themselves because of "the large number of revolutionary Russian Jews in Germany," who "doubtless contributed toward making Fascist Germany anti-Semitic." A few years later she revealed her unabashed admiration of Hitler, attending Nazi party rallies in Germany and conspiring with Axis and Nazi elements in the United States.

How does Beck compare with Thomas, whose scandalous babble reverberated so powerfully through the American media? Although her statement was undoubtedly offensive and clearly subject to interpretation as anti-Semitic, she said nothing about Jews per se. She repeated none of the classic slurs of anti-Semitism and endorsed no Nazi authors.

In fact, she apologized humbly before resigning from Hearst and surrendering her seat in the front row of the White House press room. Beck has yet to apologize for his promotion of the Nazi Dilling, let alone his rancid remark about making the Christ-killing Jews "pay for what they did."

So what is the appropriate sanction for him? Former Clinton aide Lanny Davis, whose demand for Thomas to be suspended was widely  publicized in the Murdoch press, today told me that Fox News should "suspend his privileges of an on air platform for a reasonable period of time at least as a statement of the unacceptability of Mr. Beck's comments."

Perhaps it is most appropriate to turn to Beck's own judgment, however, at the time of the Thomas blowup. On June 7, when he aired the Thomas sound bite that quickly became so notorious, Beck was unsparing. "The old hatreds are reappearing," he said. "Now, how Helen Thomas has a job today is beyond me ... You know, may I tell you, this Jewish-run media, really, they're bad at running the media, if they are indeed Jewish. You know what I mean? The Zionist masters really suck at being Zionist masters ... if you still have Helen Thomas sitting in the front row after saying go back to Germany, go back to Poland. Play it again, please."

Fox News should replay Beck's rancid blather so he can hear it again -- and then, if he has any self-respect, he should resign.