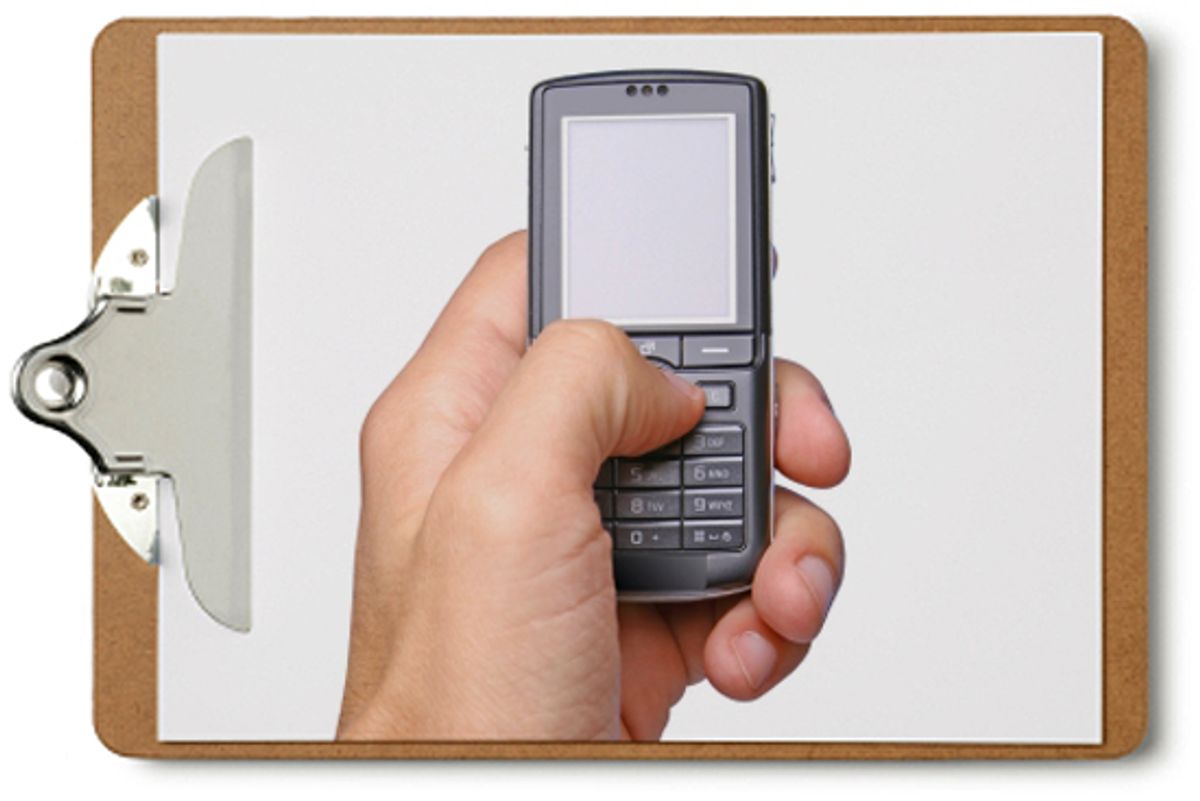 Here's how a pollster would like you to be: at home on a weeknight, patiently sitting by your land line waiting for it to ring, not screening calls, and willing to spend at least several minutes answering questions once you've found out it's a pollster on the line.

Unfortunately, that's not even close to reality. People are constantly out and about, they use caller ID mercilessly, and perhaps most important, many people are ditching land lines and becoming cellphone-only.

The cellphone issue is a particularly bedeviling one for pollsters, because the cellphone-only demographic looks quite different from people with land lines: younger, poorer, more urban, less white and more Internet-savvy, according to a Centers for Disease Control study from last year.

Response rates for 20-somethings in polling tend to be very poor, leaving pollsters to decide just how much they want to weight up their responses (in other words, how to extrapolate those few young-voter responses so they reflect their actual percentage of the voting population).

The issue is back on poll watchers' minds this week because SurveyUSA, one of the so-called robo-pollsters, has started making a move to include cellphones. Many of the well-established pollsters that use live callers and take primarily nationwide samples, like Gallup and NBC News, already use dual-mode calling. But the pollsters that use auto-dialers and recorded messages -- a group that includes the most prolific pollsters of races in individual states, like Rasmussen Reports, Public Policy Polling and SurveyUSA --  have only called land lines in the past (which has led to a lot of criticism of these pollsters, particularly when liberals want to try to debunk Rasmussen). That's because federal law prohibits unsolicited auto-dialer calls to cellphones, and the cost of adding live callers can triple the cost of a survey.

SurveyUSA's new results using both cellphones and land lines -- obtained in its most recent polls of the Washington and North Carolina Senate races -- suggest that the effect is very slight. In Washington, for example, Democratic Sen. Patty Murray leads Republican Dino Rossi 37-33 in a combined sample and an almost identical 39-34 in a land line-only sample. Strangely, though, these polls show an oddity that has been consistent in many SurveyUSA polls: They find that the Republican candidates perform the strongest among the 18-34 set, despite exit polls consistently showing that that's the Democrats' strongest age bracket.

This might mean that pollsters are better able to reach young voters but that their lack of enthusiasm means they don't fit the pollsters' screen for likely voters. Or it could mean there's been a sea change in the last year in the way young voters perceive the political parties. Neither of these possibilities is good for Democrats.

The other alternative, though, is that SurveyUSA -- which doesn't provide cross tabs that would tell a reader whether the age composition of the cellphone-only sample is different from the land line voters -- is finding a cultural difference between generations: Younger voters may still be likely to vote Democratic, but younger voters may also be more likely to not pick up, or to hang up, when they find out it’s a pollster.

In other words, simply being able to call cellphones may be only half the battle for a pollster facing an increasingly on-the-go, not-very-civic-minded public.