"The Real L Word": Will TV ever get lesbianism right?

"L Word" creator Ilene Chaiken has faced criticism over her take on queer women. She explains her new reality show 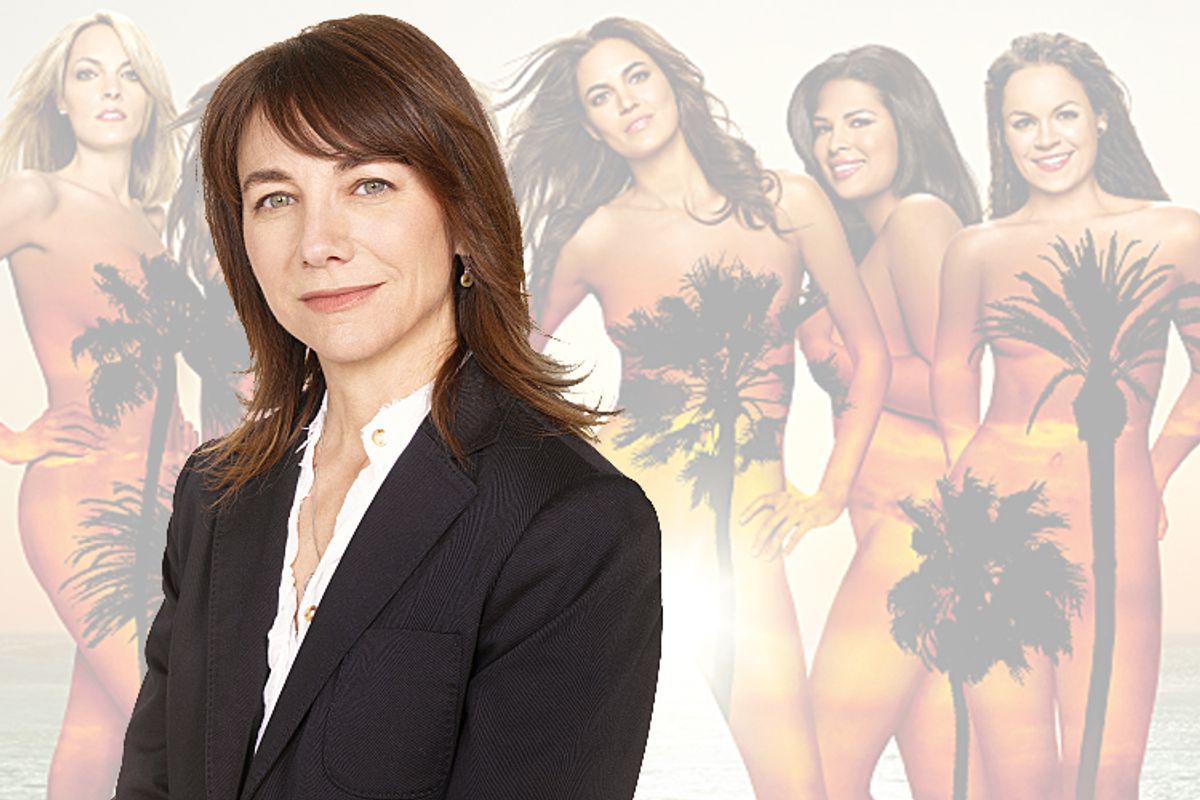 Ilene Chaiken and the cast of "The Real L Word"
--

As the first all-lesbian show on cable, the Showtime soap "The L Word" was a game changer. Its group of bed-hopping L.A. women made queer life look glamorous, sexy and extraordinarily dramatic -- a shift that paved the way for a new kind of gay coupling in TV and film (see the recent critical darling "The Kids Are All Right"). But "The L Word," canceled last year, also demonstrated just how loaded the politics of lesbian representation can be. As one of the show's creators, Ilene Chaiken faced criticism for its seeming willingness to cater to straight male viewers and its narrow representation of lesbian life. To quote a friend of mine, "Have all the butch women in L.A. been murdered by femmes?"

"The Real L Word," Chaiken's new Showtime reality show, hasn't gone a long way toward assuaging those gripes: The show's cast is overwhelmingly white and femme, and its female protagonists have more in common with "The Real Housewives" than they do with most lesbians I've ever met. Its real-life stars include Whitney, a dreadlocked, womanizing special effects artist; Mikey, a tough-talking fashion promoter; and Nikki and Jill, a buttoned-down engaged couple. (Nikki claims that she's "the straightest gay person you're ever going to meet" and says things like, "This little piggy went to Gucci" while massaging her fiancée's toes.)

Salon spoke to Chaiken over the phone from Los Angeles about the queer community's criticisms of her shows, "The L Word's" straight male viewers and the problem with portraying lesbians on TV.

I've been talking to lesbian friends about "The Real L Word" and the reaction has been all over the place.

One friend of mine thought that the show's characters were a big step back for lesbian representation on TV -- Jill and Nikki in particular.

I think that's just attributing a little too much importance to the meaning of their story, as opposed to the fact that Nikki and Jill are two people who happen to have their values and their point of view. I would never purport that they represent a trend in lesbian culture.

Do you worry about lesbian identity politics when you're putting together a show?

I don't. I worry about making good TV and entertaining people. I'm not looking to choose archetypes or to represent political or social positions. I'm just looking to select an interesting ensemble who present themselves in a way that suggests some sort of diversity, but, more importantly, will just be entertaining. It's a reality show, so I can't really take responsibility beyond that.  They're responsible for their own lives.

Both "The L Word" and "The Real L Word" do seem to show a disproportionate number of femme lesbians, and hardly any butch women.

I remember watching "The L Word" on a channel called Showcase in Canada, and it seemed like every other commercial was a beer ad targeted at men. Did you tailor "The L Word"or "The Real L Word" to straight male viewers?

Never. Absolutely not. It's the one thing that's been said consistently that's so untrue. I set out to tell the stories about people I knew. I didn't tell them for a straight male audience. I was never concerned about excluding a straight male audience. I think it's a great thing if they come to watch. But "The L Word" was certainly not a program that was tailored for them, and neither is "The Real L Word." These women aren't living their lives for straight men. If straight men find it entertaining to watch, that's awesome.

On "The L Word" we let our stories evolve organically. We never started out with a list and said we've got to touch on FTM transsexuals and "don't ask, don't tell." In the second season of the show I sat down with my group of writers and started to come up with stories. One of them started telling the story of an ex of hers that had transitioned and it seemed like an interesting story that would make sense in the ensemble. When people complained about how narrow our representation [of lesbian life] was, I said, "As we go on telling these stories, we'll get to represent more and more."

On "The Real L Word" I don't know whether that will happen organically. My fantasy is that we carry on making "The Real L Word: Los Angeles" and then change up the ensemble a bit and do a version in Brooklyn or Atlanta or wherever else there are vibrant communities of lesbians.

When "The L Word" and "Queer as Folk" came out they were really the only place to see fully fleshed-out gay characters on TV. Now that's no longer the case. Do you still think there's the same kind of appetite for an exclusively lesbian show?

I think there is, absolutely, the same kind of appetite to see lesbians on TV. When "The L Word" went on the air we were in the midst of a very small kind of queer moment on television. There was "Queer as Folk," "Queer Eye for the Straight Guy," "Will & Grace," and probably one or two others that I'm failing to mention. It was probably the biggest queer moment ever in TV. By the time "The L Word" went off the air, there were fewer programs that really represented the breadth and scope of gay life on TV, and I think there are fewer representations right now.

The big change that occurred over the last 25 years is that gay characters are no longer portrayed as tragic and pathetic and destined for suicide or the odd quirky best friends. But there's still remarkably few prominent gay characters who are as enfranchised as the straight characters we've seen on TV all of our lives. We're slowly populating the TV landscape, but we still lag far behind our actual numbers relative to the population at large.

It seems like those early shows  had an advantage: A lot of gay people would tune in because it really was the only place they could see themselves on-screen. Now that gay characters exist in network shows -- like "Modern Family" -- you're competing with more mainstream fare.

I don't make that distinction. My particular preference and choice is to tell gay stories as mainstream stories, so I don't look at the projects that I do as competing against the mainstream. I look at television as a medium that is at its best when it's telling people stories that gives them new information but that also creates a sense of universal experience.

One of the problems in showing lesbian culture on television is that it doesn't have the same kind of highly visible sex and party lifestyle that gay male culture has. Does that make your work more difficult?

I think that's both an asset and detriment on both sides. Lesbians have been more invisible than gay men, but you'll notice that "The L Word" was probably a more successful show than "Queer as Folk" in a mainstream sense because gay men are more threatening to the culture at large than gay women.

It does seem like "The Real L Word" tries to replicate that kind of gay male party culture.

That's what [Logo reality show] "Gimme Sugar" was. "The Real L Word" represents a different swath of lesbian life -- it's less of a party show. But reality television comes with a certain expectation that you're going to show people behaving in a particular way. One of the challenges in doing "The Real L Word" was that I knew we had to provide fun partying, bad behavior, and some kind of excess while telling stories about real lesbians.

How would you compare the current state of lesbian representation on TV to that of gay men?

I hate to pit us against each other. We all have a place in our culture. I love "Modern Family." I think it's possibly my favorite show of last year, but I do think that gay male characters have traditionally been represented in comedies because it's easier to take. The culture at large can handle gay men being funny, but I can't think of very many gay male characters in dramas.