Is this really a story we need to keep hearing? 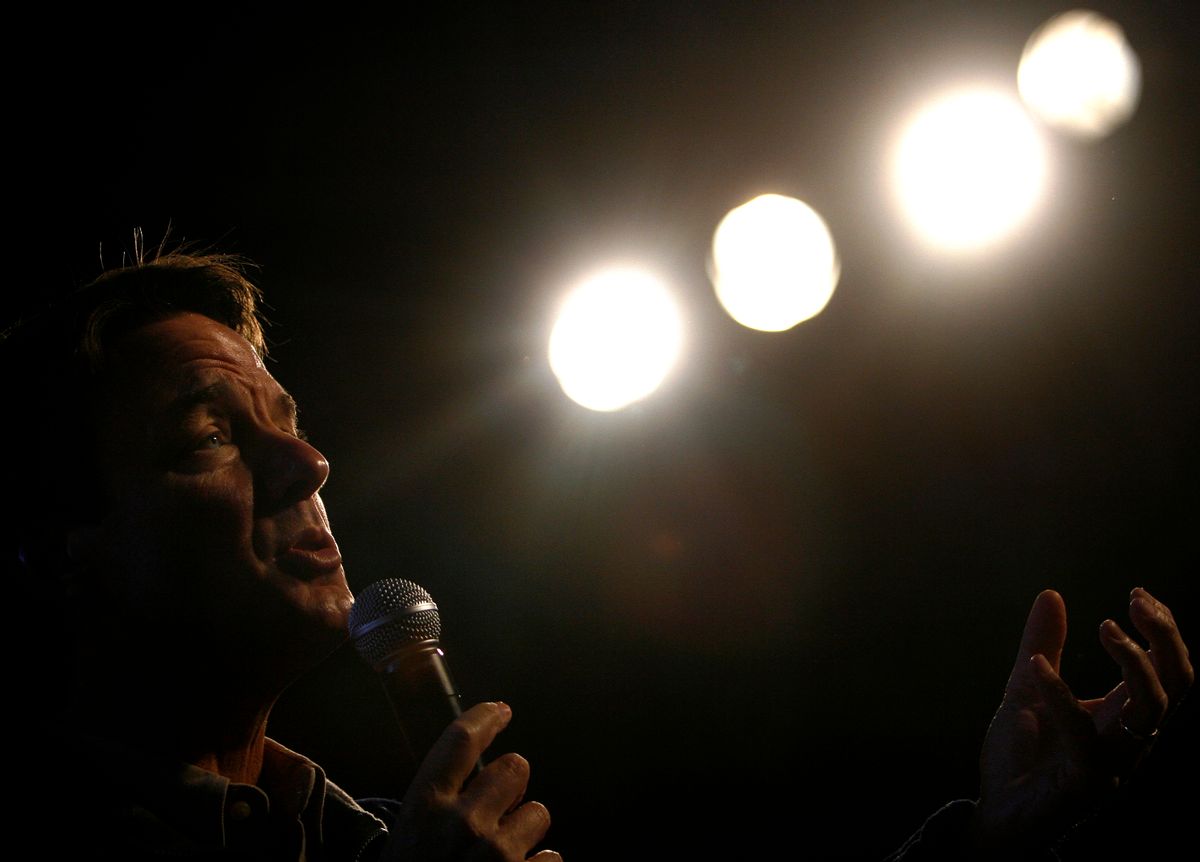 Aaron Sorkin has apparently won the right to write and direct the John Edwards movie based on Andrew Young's book, The Politician. Variety (via Wonkette):

Aaron Sorkin -- best known for creating "The West Wing" -- will make his feature directorial debut with a John Edwards biopic.

Sorkin's adapting and producing Andrew Young's "The Politician: An Insider's Account of John Edwards's Pursuit of the Presidency and the Scandal That Brought Him Down." Project's not yet set up at a studio.

Young, a longtime Edwards aide, gained notoriety during the 2008 presidential primary when he admitted -- then later recanted -- an affair with Edwards' mistress Rielle Hunter and claimed Edwards' child from that relationship as his own.

I don't know how to feel about that. Somehow, since "The West Wing," everything Aaron Sorkin's been involved with has made me feel a little slimy for admitting any desire to see it. The new Facebook movie? Man, I have almost zero desire to see that film, except that the director is David Fincher and it was written by Aaron Sorkin. A movie about John Edwards? Again, I'd rather tune out, but now they've got Sorkin and probably soon they'll cast, I don't know, Colin Firth or Chiwetel Ejiofor (as... no idea), and then I'll have to see it.

I think Sorkin is using his reputation as a guy who can make serious stuff entertaining ("The West Wing" was charming in part because it was funny as often as it was serious) to now try and make the audience take seriously things we'd normally just overlook as trash. The drama behind the founding of Facebook? Come on, there's no way that's not a typical college story of dorm-mates stabbing each other in the back -- only this time it was over a multi-million dollar software platform instead of the only girl in the world "who really gets me, man."

John Edwards' story of inspirational aims and extremely stupid infidelity was a lot more interesting when it was the story of John F. Kennedy, who actually did some stuff (like being elected president) instead of just acting like he could possibly have the potential to do some stuff and then flaming out on the way up.

I've loved Sorkin's political movies -- "A Few Good Men" is maybe the best movie Tom Cruise has ever starred in, and "The American President" was quite moving. "The West Wing" proved that Sorkin wasn't done with the political sphere, and I think "The Politician" shows he's still got more to say and show.

I just can't decide whether this is a story I want to keep hearing.