How to get on CNN: Be a racist Tea Partier 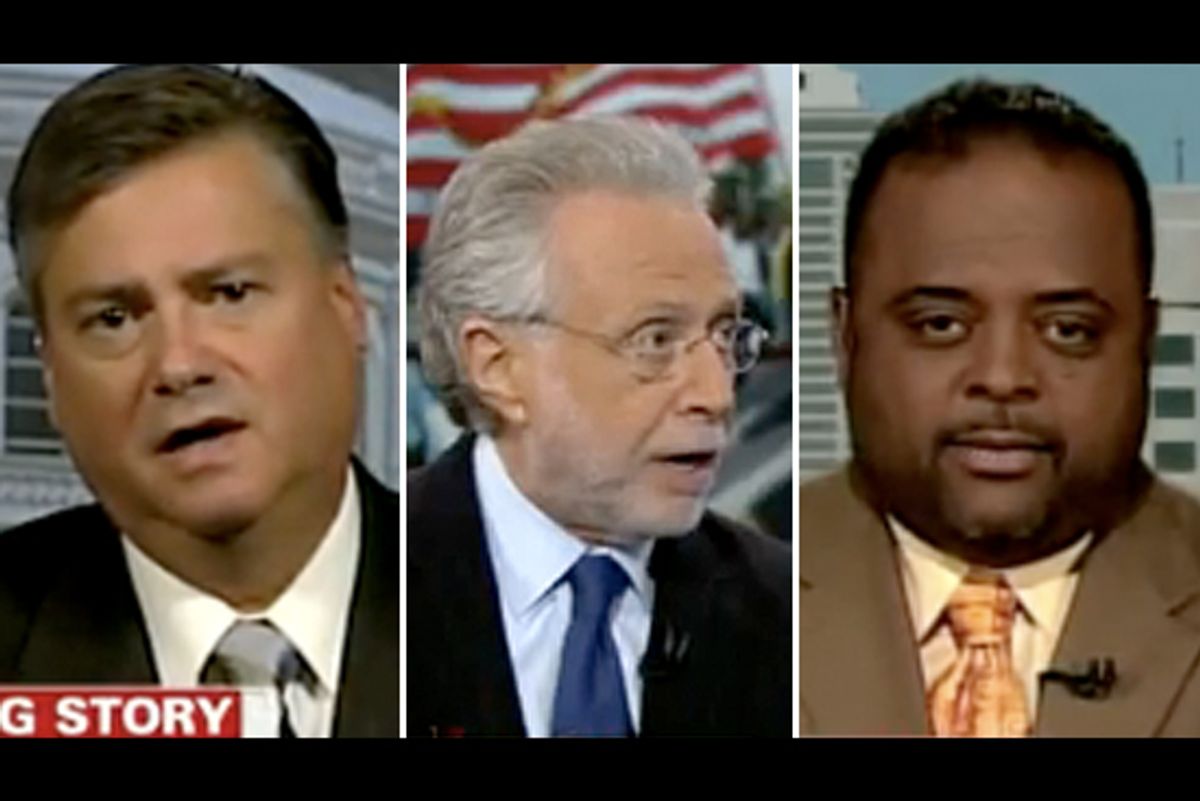 Freedom means having to work for real, think for ourselves, and take consequences along with the rewards. That is just far too much to ask of us Colored People and we demand that it stop! ...

Mr. Lincoln, you were the greatest racist ever. We had a great gig. Three squares, room and board, all our decisions made by the massa in the house.* Please repeal the 13th and 14th Amendments and let us get back to where we belong.

CNN responded by inviting Williams on its network -- twice -- on Thursday to debate the NAACP's anti-Tea Party resolution with Roland Martin. Neither of the debate moderators -- Wolf Blitzer and Anderson Cooper -- asked Williams about his "letter."

The obvious larger issue here is why CNN keeps inviting Williams, who has called Allah a "monkey God" and said he believes President Obama is Muslim (that last one was on CNN) -- and basically admitted that he says wacky, racist things so he "goes viral"  -- back on and treating him as a reasonable pundit. We've put in inquiries with spokespeople for Blitzer and Cooper and will let you know if we hear back.

* It appears that Williams has now edited the word "massa" to read "someone else." But you can read the original version here.

UPDATE: Williams has now taken down the "parody letter" in response, he says, to the NAACP offering an "olive branch" to start a dialogue with the Tea Partiers. He also issues a call for racial comity, urging everyone "to fight those who seek to divide us by race."