"So You Think You Can Dance": Elimination time -- they're dropping like flies at "SYTYCD"

We get the bait-and-switch from producers; and Billy gets really lucky 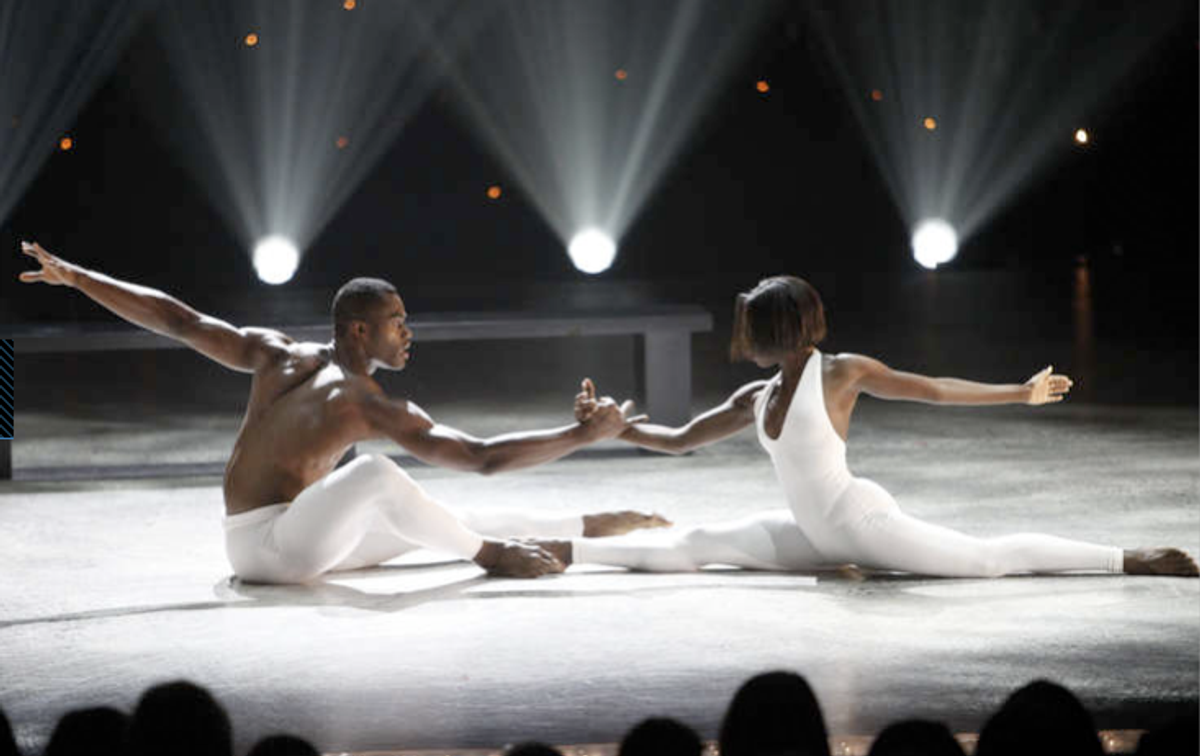 Special guests Jamar Roberts and Rachel McLaren from the Alvin Ailey American Dance Theatre perform on "So You Think You Can Dance".
--

I'm actually really irritated right now. I knew something was up on "So You Think Can Dance" when we saw neither hide nor hair of Ashley until the last two minutes of the show. We didn't see her during performances, hardly a word was mentioned of her before the final elimination, and, like some commenters pointed out last week with Alex's big news, neither of the other at-risk dancers looked worried, because they already knew what was going to happen (but Billy, I think you're toast next week).

So Ashley Galvan from Visalia, California (holla!) was eliminated from the competition for a rib injury that will lay her up for 3-5 weeks. Her silver lining is that she's going on the live tour, but in the meantime season 7 of the show is proving to be the most death-defying yet. Maybe next time the dancers can have the decency to split something open, during the live performance show, preferably with some gore. That way I'll know it's not just the producers screwing with us.

A whole passel of favorite things on the show this time: the opening number was, finally, very entertaining, Tyce Diorio's Broadway routine needed a big flock of dancers to do justice to its energy, so having the All-Stars bulk up the stage presence was brilliant; Cat's smoky eyes and goldenrod mod-Indian-go-go-dancer dress; Lauren and Kent holding hands while waiting for their results. Seriously, if they were holding a basket of kittens and a fat baby I would've spontaneously combusted from the nuclear cute. Alvin Ailey dancers wore, like, nothing, and seemed superhuman. Twitch and Comfort's routine from season four (despite the dated Chris Brown song) was perfect for a revisit.

Was anyone else wishing Mary Murphy had shown up with the little kids from her Championship Ballroom Academy? Fernando and Lauren were 11- and 10-years-old, respectively, and I was hardly creeped out by them at all. They were both dressed appropriately for kids, no bump-n-grind, and I've seen more makeup and less clothing on "Toddlers and Tiaras."

And there's Christina Perri. One moment, you're a singer and songwriter, waiting tables, being totally cute and tattooed and playing piano. Your rough-edged breakup song, "Jar of Hearts," is used by a choreographer on a summertime dance show, and ... faster than you can say "sweet vintage dress," you're on TV in front of millions of people and your song is charting on iTunes. Yeah, I can't really relate either. Below is the original Billy Bell-Kathryn McCormick contemporary piece featuring the Perri tune.