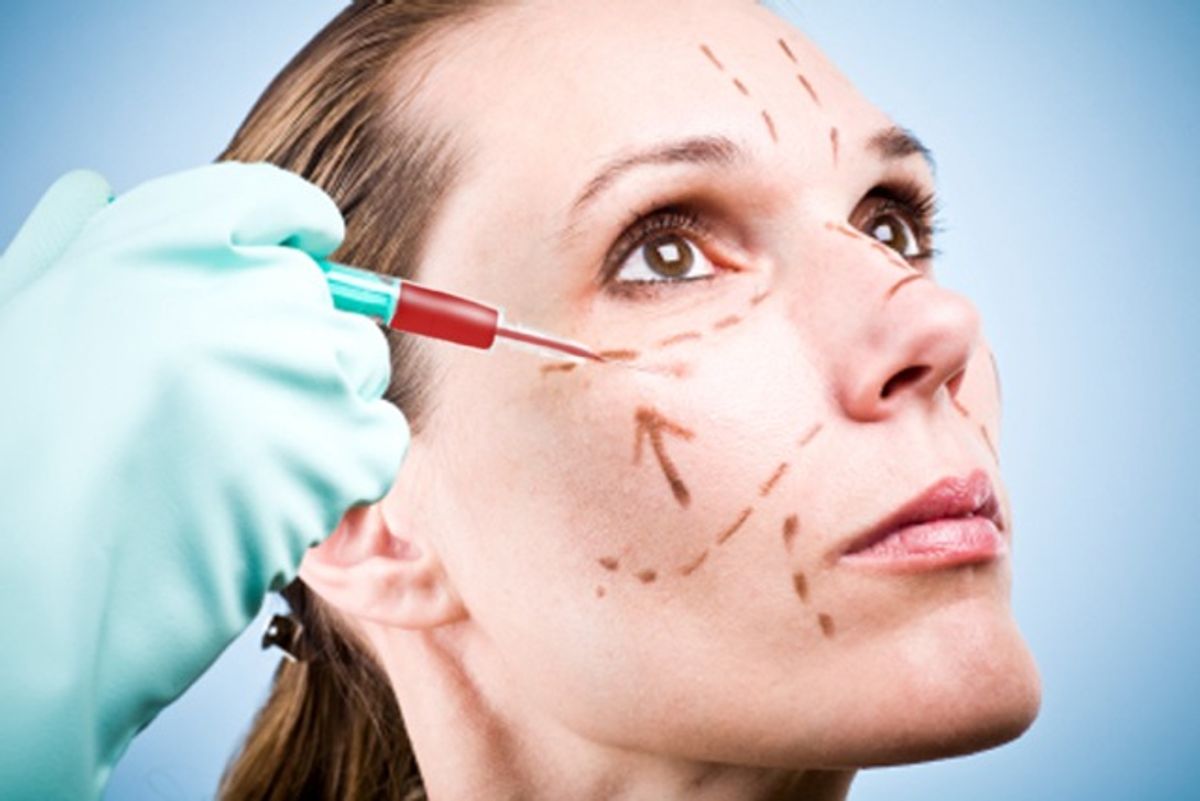 If you haven't been sequestered from all popular culture for the last few years, you may have noticed that there's a bit of a vampire thing going on. This summer, thanks to the third installment of the "Twilight" saga and a new season of "True Blood," the vampire merchandising has reached a fever pitch. We have vampire pillows, vampire perfume, vampire sex toys, and now, the coup de grace: a vampire facelift. Even though the bloodsuckers themselves don't need to worry about wrinkles -- immortality and all -- their fans need a little touch-up now and then. So, voila, a procedure that sucks blood out of your body to re-inject it in your face.

Salon talked to Dr. Anthony Youn, a cosmetic surgeon who happens to be a favorite of the Rachel Ray show, to ask how the facelift works and whether it's a good idea.

So what exactly is a vampire facelift?

Facelift is a bit of a misnomer, actually. It's a new facial filler called Sephyl -- like Juvederm or Restylane -- that you inject into the face to smoothe out wrinkles and divets. What happens is a doctor draws blood and basically thins it, removes the platelets, and reinjects the fibrin and platelets into the face. That thickens collagens and fills out the face, erases wrinkles and reduces gauntness.

Does it have a different effect than other injections, like say, making you sparkle in the sun or thirst for human blood?

Alas, it won't make your face immortal or make your skin paler or anything like that. But it is different from what we've been doing. When we first started using injectables, in the 80s and 90s, we mostly used collagen. The problem with that was skin testing -- you can have horrible allergic reactions to collagen, so the process for getting an injection was longer. More recently, we started using hyaluronic acid, which is similar to collagen but lasts longer. But it's made from synthetic ingredients -- rooster comb and cow, stuff like that. The other thing we can do is fat grafting, but that's a more invasive surgical procedure. What's interesting about the Sephyl is that it's all your own tissue, so it eliminates the allergic reaction problem.

Is it cheaper than a regular injection?

It costs about $2,000 for four ccs, which is about the same. It does last a little bit longer -- 12 to 14 months, whereas other injectables last around six to 12 months.

What kind of longevity will it have? Is it just a Twilight-fueled novelty?

Well, patients aren't really asking for it. It's very new. It's more of a sensationalist thing. Not a lot of people doing it. Is it going to really last? It's a tough one. I don't really see it making a dent in the longterm. This may be just a vampire craze, but for people that are hesitant to have something synthetic injected, it may actually last. Probably the procedure will last longer than its nickname. I mean, the fat injection isn't called the blob facelift.