Straight to DVD: "Parasomnia" and "Caught in the Crossfire" 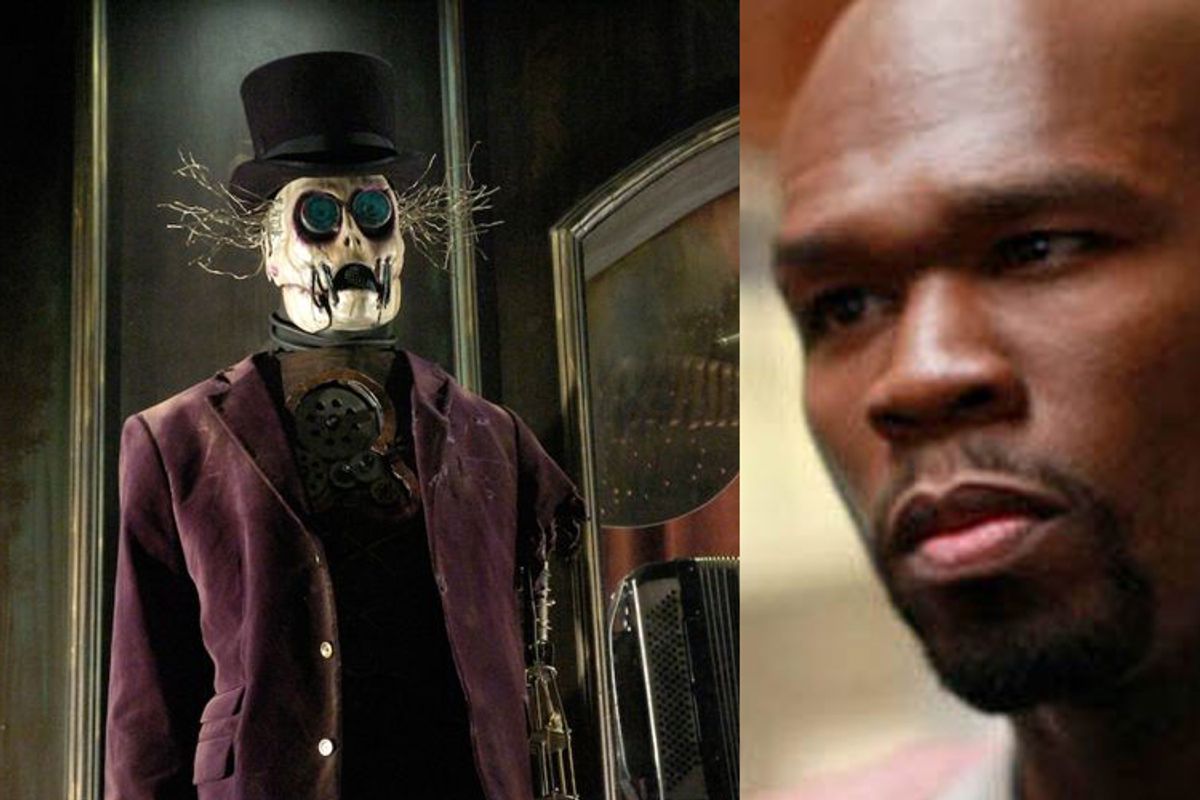 It's probably hard to roll out the publicity for yet another straight-to-DVD crime flick starring 50 Cent (or Curtis "50 Cent" Jackson as he's billed here), but at least Chris Klein did his part by getting popped for a DUI last month right before "Caught in the Crossfire" was about to drop. Now when the bored masses yearning for slurpees stare at Klein's furrowed brow on the front of their local Redbox machine, they'll likely say, "Wasn't he just in the news for something?" Whether this is enough to get them to select "Caught in the Crossfire" depends on how fondly they recall Klein's turn of the century salad days of romancing Mena Suvari in the "American Pie" franchise or that "Rollerball" remake with L.L. Cool J.

As the always-screaming Detective Briggs, Klein shows that "American Pie" was longer ago than we'd like to think. During many of the film's chase scenes, I actually wondered if he wasn't under the influence when he snarls out such winning lines as, "Let them all kill each other. Bang, bang, bang, and we come in and clean up. End of story." Thankfully, Klein's partner, Adam Rodriguez ("CSI: Miami," "Ugly Betty"), does most of the driving with 50 Cent taking a back seat as a police informant. 50 Cent dies during the film's opening scenes, but thankfully returns through copious flashbacks. It's never a good sign when you're bummed that 50 Cent's screen time may be cut short.

There's some plot here about corrupt cops offing other cops in a Byzantine web of expository dialogue that will have you wondering if you set your DVR to record "L.A. Confidential" on Starz HD. The movie has a twist ending with enough aha to elevate the film from a T for torturous to an I for interesting on the ol' SHITE meter, but just barely. Writer Brian A. Miller and producer Randall Emmett ("16 Blocks," "Righteous Kill") are teaming with 50 Cent again for "Things Fall Apart," scheduled to hit shelves next year. Hopefully the inclusion of Mario Van Peeples and Ray Liotta in the cast can give that release a little more oomph than Klein and Rodriguez manage here.

Every time I watch a straight-to-DVD horror movie, I'm always hoping against hope that I'll find the home video equivalent of "Night of the Living Dead," "Halloween" or "Texas Chainsaw Massacre." So many of the movies that set the standards for the genre in the 1960s and '70s were made on shoestring budgets and released to grindhouses and drive-ins, the equivalent of today's straight-to-DVD marketplace. With a rave from Wes Craven and some good reviews on the disc's cover, I hoped that "Parasomnia" might be the movie I've been waiting for. Sadly, my heightened hopes only exacerbated my disappointment.

Directed by William Malone, who did a far better than expected job with his remake of William Castle's "House on Haunted Hill" (1999), "Parasomnia" begins with Sean Young answering the phone and then jumping off a building. For all you "Blade Runner" fans out there, Young doesn't return via flashbacks like 50 Cent, so if you're renting this one for her, you only need to watch the first two minutes. For the next 99 minutes, we're treated to the tale of Danny Sloan (Dylan Purcell), a record store nerd who becomes smitten with a sleeping beauty named Laura Baxter (Cherilyn Wilson) while visiting his pal in the most casually guarded psych ward of all time. Laura suffers from a condition that has her sleeping through most of her existence with only a few scattered waking moments, making her "the perfect girl" according to Danny's seedy pal in the rehab unit.

When Danny finds out that Laura is going to be moved to a dubious sleep research center, he kidnaps her and gives her naked body lots of sponge baths in some of the film's most unintentionally creepy moments. "I really love her like I've never loved anyone else," Danny confesses even though Laura spends much of her time snoozing and peeing on herself, but looking really pretty while doing so. Unfortunately for Danny's budding one-sided romance, Laura is controlled by Byron Volpe (Patrick Kilpatrick), a mass murdering hypnotist and rare book dealer who is tied up all medieval style in a padded cell back in the psych ward. With his psychic powers, Volpe commands Laura to kill Danny's slutty neighbor and disembowel a detective. Things get only more confusing from there as Volpe escapes from lockdown to wreak his own mayhem and the whole thing ends in a limited budget CGI dream world where Laura walks around in a slip and is menaced by creepy little trolls.

Straight-to-DVD regular Jeffrey Combs ("Re-Animator") plays the homicide detective who doesn't get eviscerated and director John Landis ("An American Werewolf in London," "Animal House") makes a cameo, but these appearances don't help "Parasomnia" live up to the low-level hype it's generated at various horror movie conventions over the last couple of years. Don't get me wrong, I really want to support that rare straight-to-DVD horror movie made by someone who actually wanted to make it, but I have to give this one a T for torturous. "Parasomnia" almost cured my insomnia. Hopefully Malone can bounce back with a remake of "Mr. Sardonicus" or "The Tingler."