Now that Democrats have 60 votes, it's politically safe for the president to voice his support for emergency relief 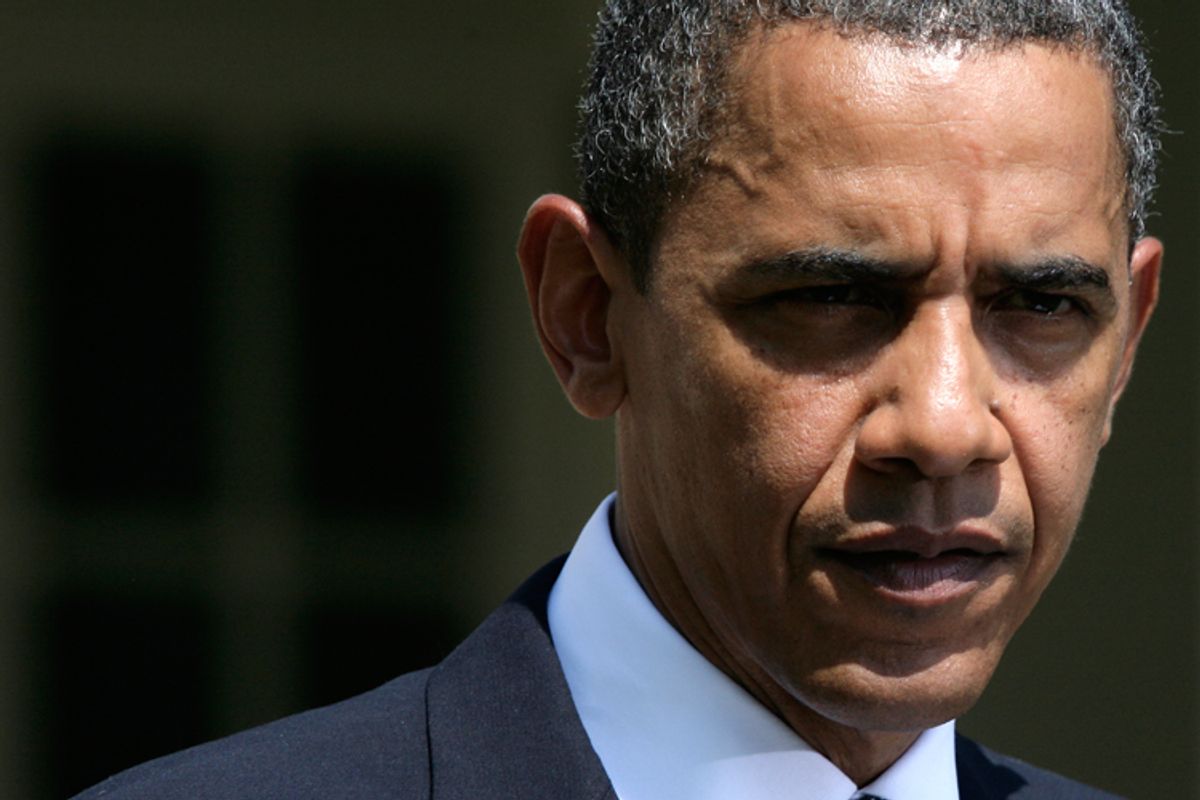 President Obama speaks about unemployment insurance and the economy in the Rose Garden on Monday.
--

Thanks to Ben Nelson, the grim spectre of death that haunts all men (but especially 92-year-old men), and a perverse system that gives the Senate minority both the incentive and the ability to hurt the nation prior to midterm elections, the Senate has been unable to pass an extension of unemployment benefits for two months. Today, Barack Obama made a speech in the Rose Garden announcing that he was very disappointed in Congress for not helping people who have no jobs. He called on Congress to fix this. All it took for Obama to act was for a successful vote to already be a foregone conclusion!

Obama did make the case that Republicans were just blocking the extension to be assholes, which is nice:

And, for a long time, there's been a tradition under both Democratic and Republican Presidents to offer relief to the unemployed. That was certainly the case under my predecessor when Republican Senators voted several times to extend emergency unemployment benefits.

But did the White House do anything to help Reid get anything passed before Byrd replacement Carte Goodwin showed up? Obama probably couldn't have shamed Ben Nelson into supporting an extension of benefits. But he could've tried! Obama couldn't have forced any Republicans not from Maine to vote for an extension of benefits. But he could've used his bully pulpit to make it known, repeatedly and forcefully, that Republicans were blocking it!

Instead the president waited until the Democrats had a 60th vote -- which took, again, two months -- before he said anything, so that the White House will look very powerful and forceful once the Senate votes tomorrow, which they would've done anyway.

Does the White House actually want to maintain majorities in Congress? (A bigger GOP opposition would certainly make "messaging" easier, and as we all know, "messaging" is the point of politics.)