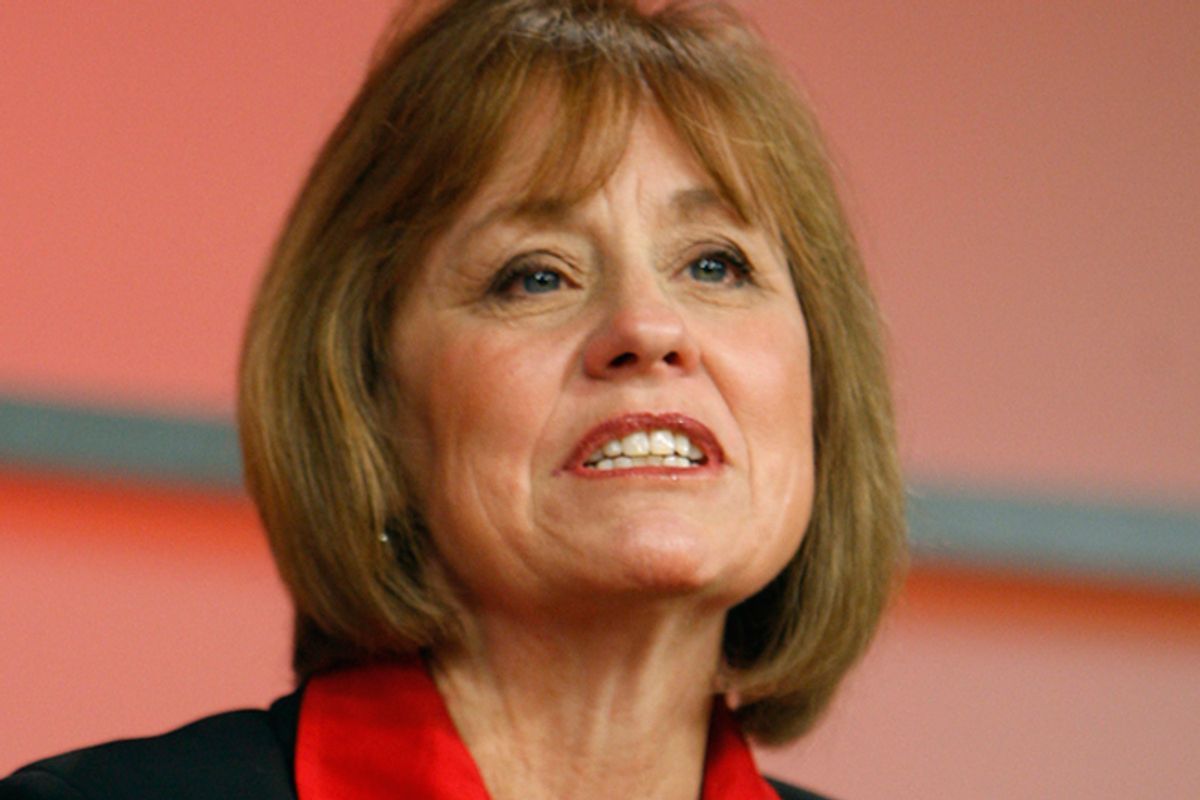 Reid had the wherewithal to go negative hard and early, and to define Angle as kooky and extreme. Of course, he was helped in this effort by the fact that by most conventional measures, Sharron Angle is actually kooky and well outside the mainstream, even for Nevada.

She really does want to eliminate Social Security. That is a very popular position at GOP-affiliated think tanks in Washington, DC, but not among anything resembling a majority of voters in any state. She really did support a prison drug rehab program developed by the Church of Scientology. She really did vote against water fluoridation because of paranoid fears of imagined toxins. She really does support the Oath Keepers. She is a paranoid far-right modern-day Bircher.

Thanks, of course, to our party system, a paranoid far-right Bircher still has a very good shot at representing the entirety of Nevada in the Senate next year, because she is the only viable alternative to a deeply unpopular incumbent. But Harry Reid has a lot of money, and polls like this lead to journalists like Ralston writing columns like this which leads to Ben Smith picking them up which leads to the people in charge of steering money to campaigns being less likely to steer money Sharron Angle's way.