The GOP mistake on jobless benefits 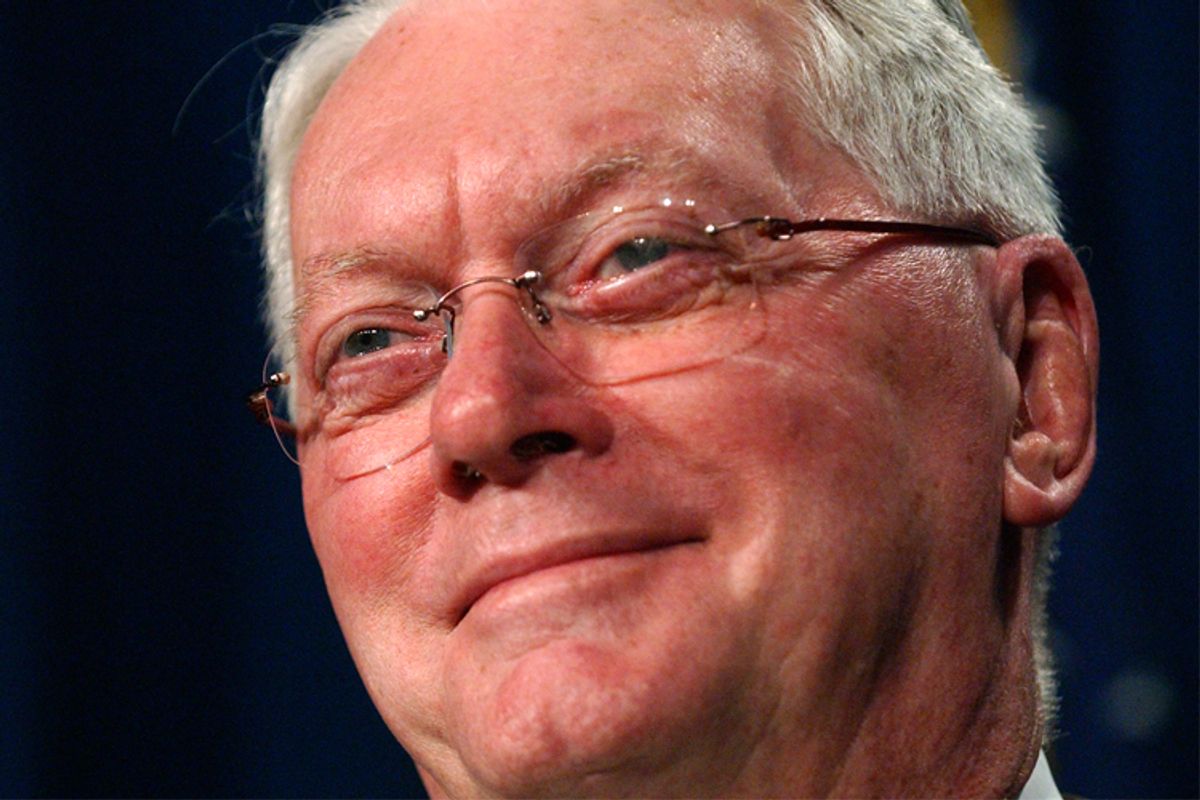 When unemployment is high in an election year, campaigning against the extension of jobless benefits doesn't just seem silly; it's positively suicidal. Or so one might think if the normal rules of politics prevailed. But here we are, with control of the House and Senate potentially in play just five months from now, and the Republicans have decided to make unemployment benefits a litmus test on the evils of deficit spending.

Nothing better illustrates this than the journey of Sen. Jim Bunning, R-Ky., from outcast to party leader over the past four months. As Bloomberg's Brian Faler reports, back in March, when Bunning attempted to scuttle an otherwise routine extension of unemployment benefits, his own party renounced him. But times have changed.

Now, Senate Republican leader Mitch McConnell of Kentucky is leading the fight against the aid extension with the support of almost every Republican.

"Our party caught up with the people Bunning was already with," said New Hampshire Republican Judd Gregg.

But do the people Bunning is with represent the country? There's no mystery as to why McConnell and company have had a change of heart. Primary victories by hard-right Republicans affiliated with the Tea Party have put the GOP on notice. Republicans think they have a winning political issue, that voters care more about government spending than they do about unemployment.

It's an interesting theory. A more conventional view of politics holds that the state of the economy is one of the most important factors influencing voter sentiment. To most people, the unemployment rate is the most visible economic indicator. By campaigning against the extension of unemployment benefits, Republicans are explicitly rejecting providing additional help to the people most hurt by a struggling economy. Whether that will play well in a general election could be the kind of thing that decides who ends up with majority control in Congress.