Democratic House candidate gets nearly half her cash from Wall Street 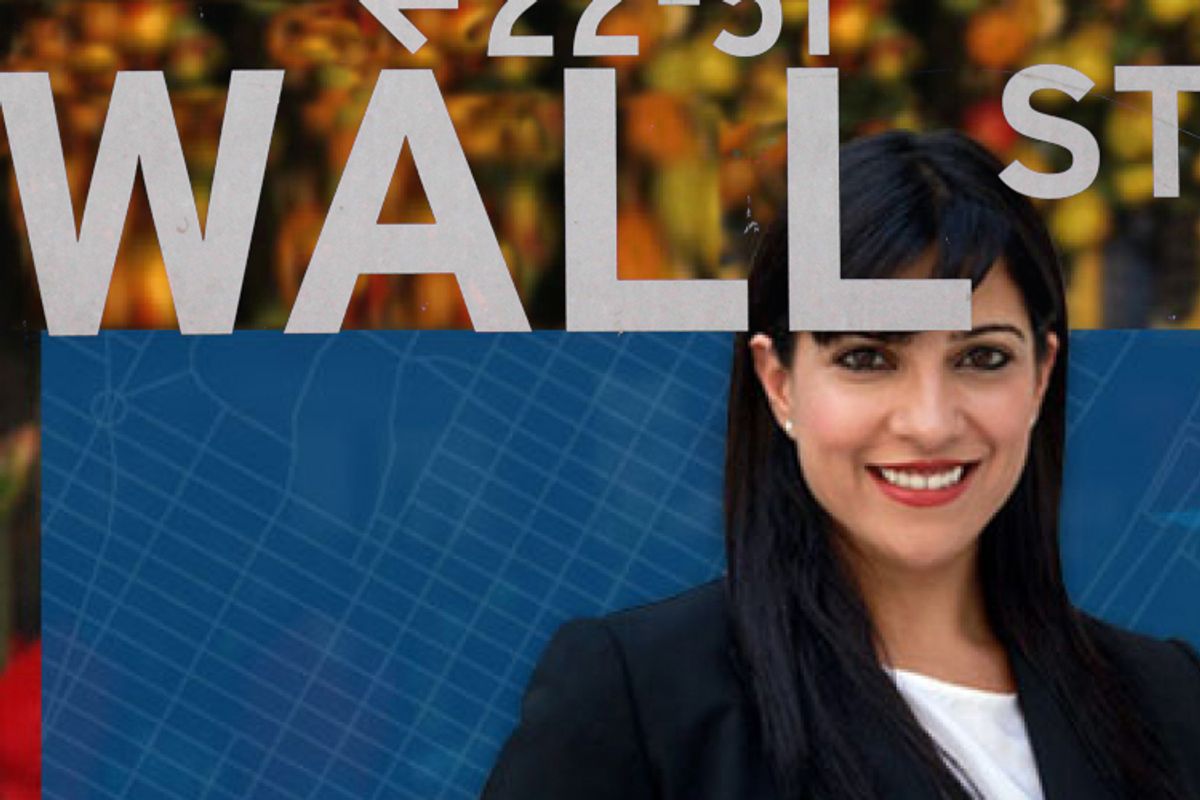 Reshma Saujani, the Wall Street-backed Democrat who is challenging Rep. Carolyn Maloney D-N.Y., garnered 48 percent of her second-quarter fundraising haul from people associated with the financial services industry, our analysis of her campaign filings shows.

Saujani's donor list is an extremely rarefied place. It includes donations from ultra-elite New Yorkers like Judith Dimon ($1,400), wife of the JP Morgan CEO; ex-World Bank president James Wolfensohn ($2,400); hedge fund wizard Neil Barsky ($4,800); and Theodore Roosevelt IV of Barclays ($300). If you mapped the list, lots of donors would be clustered in the West Village, around Central Park, and on the Upper East Side.

Saujani's press operation has made a point of objecting every time a reporter writes about her coziness with Wall Street, even though representing the interests of the securities industry is plainly the raison d'être of her campaign (Saujani herself is also a former banker). Last week the campaign proudly announced that a mere 25 percent of its donors for the second quarter worked in the banking industry.

What the Saujani camp didn't offer was what percentage of her overall haul came from the industry. So we figured it out. The total: $189,284, or fully 48 percent of her second quarter total of $392,882.

That includes donations from people who actually work on the street (Goldman managing director Alexandra Mondre maxed out at $2,400), spouses of finance industry execs who listed their employment as "homemaker" (Jamie Dimon's wife, for example), and lawyers who primarily represent banks and hedge funds (for example, this partner in Simpson Thatcher's corporate group gave $250). Our count is probably a bit short because donors are reported to the FEC only when they give more than $200. And some donors don't list an employer or occupation.