Customers want it all: iPads, iPods, iPhones and Macs. Will Steve Jobs pay a price for such unremitting sucess? 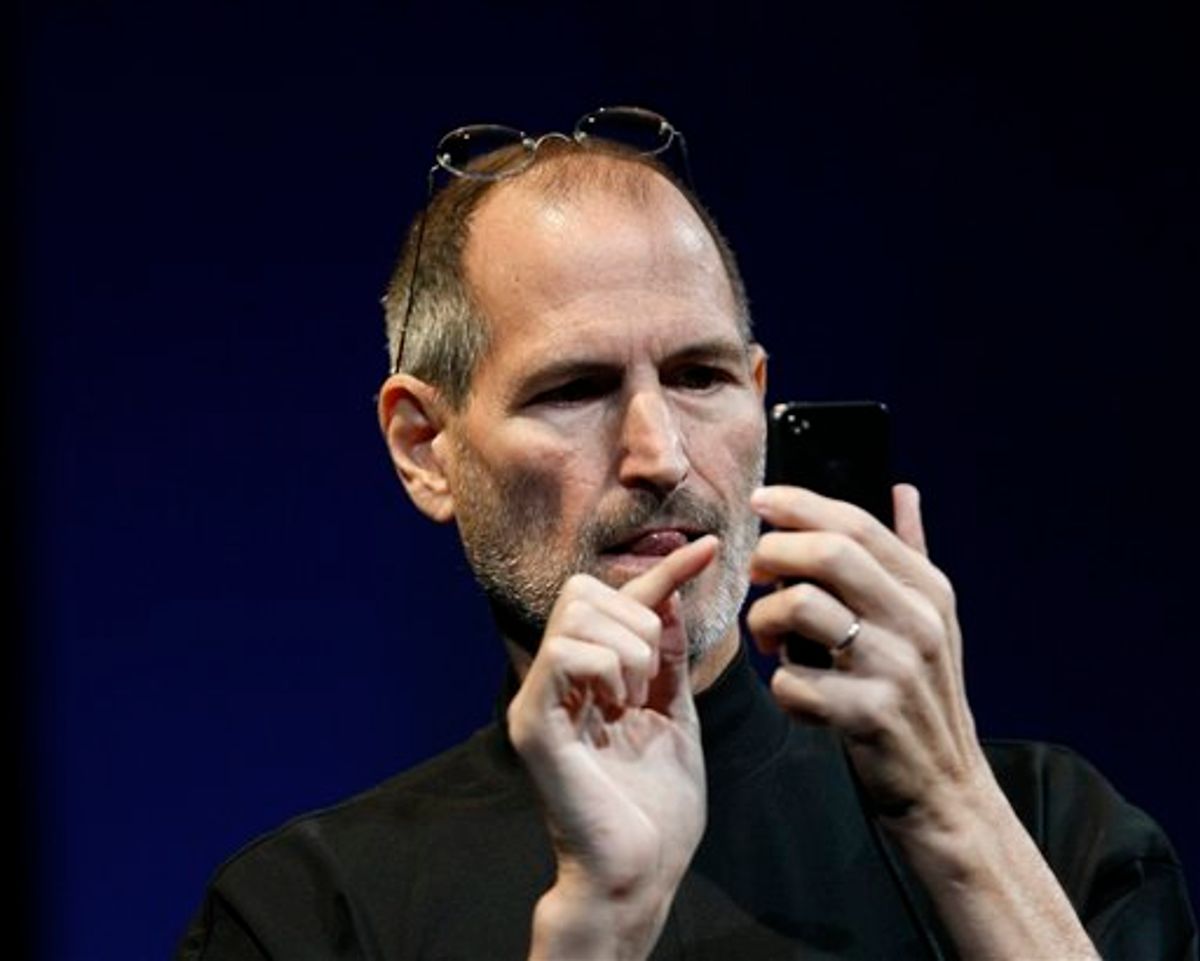 Never mind Antennagate. Never mind the noxious intersection between Apple arrogance and AT&T networking limitations that oftens makes the iPhone les than useful -- for making phone calls! -- in some major metropolises. Apple's third quarter earnings have just been released and it's a blowout. The company registered record revenue of $15.7 billion, and a cool $3.25 billion in profit.

Apple's guidance for the fourth quarter was even more exuberant: The company predicts revenue of $18 billion, which, obviously, would be another smash record. And why not? Also on Tuesday, the market intelligence firm iSuppli raised its forecast for 2010 iPad sales from 7.1 million to 12.9 million. That's a lot of iPads under the Christmas tree.

What does it all mean? My guess is that this is a case where success will breed more trouble for Apple -- more sarcastic Internet memes, more YouTube satire, more attempts to make Apple a symbol for whatever social campaign of the day one is pursuing. Apple long ago lost its status as the scrappy underdog cool kid with the hipster cachet who we rooted for because we couldn't stand the soul-killing corporate blandness of Microsoft and its brethren. The heat on Apple will continue to rise, simply as a function of its over-size cultural and economic prowess.

Shareholders won't mind, as long as Apple continues its string of hits. But I hope Apple employees have thick skins, because I'll bet there's more of this coming down the pike: