The Minnesota loon's new congressional organization is attracting members, but will the speaker join? 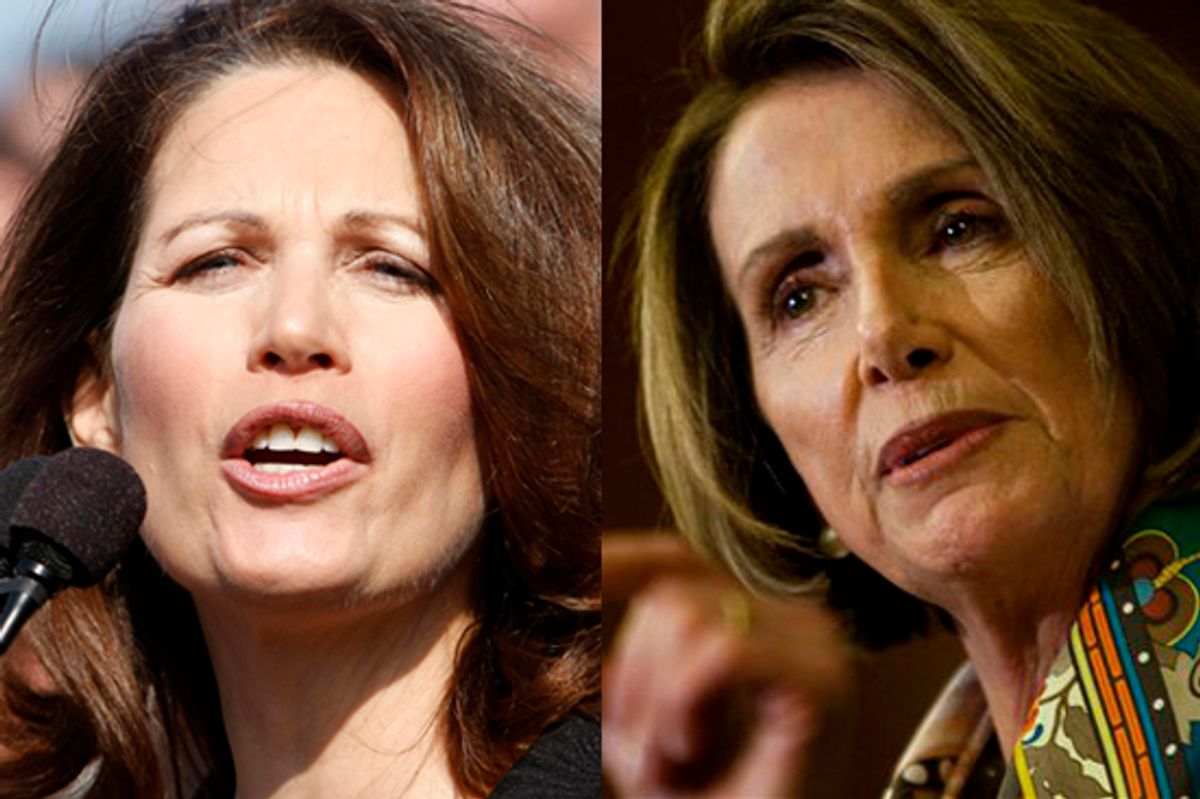 Michele Bachmann formed the House Tea Party Caucus because she figured that would get her some positive notice from the usual outlets. Paul Broun of Georgia and Mike Pence of Indiana (who is, supposedly, running for president) immediately joined. Utah's Jason Chaffetz declined, on The Twitter.

The Tea Parties, of course, are non-partisan in the same sense that Glenn Beck's upcoming "Restoring Honor" rally will be non-political, which is to say not at all. It is in that spirit of make-believe non-partisanship that Bachmann has invited Speaker of the House Nancy Pelosi to join the Tea Party Caucus. That's very big of Bachmann, considering that she thinks Pelosi is targeting her.

The defection of Chaffetz -- a Tea Party fave who helped raise money for Beck's little block party -- is a sign that House Republicans are split on the idea of forming and publicizing a new Congressional group that serves no purpose beyond advertising that its members love the agitated party base. I think Pelosi should sign up to join it just to fuck with everyone.