The universe owes me a daughter

I have two sons I adore, but I can't stop longing for the baby girl I've fantasized about for most of my life 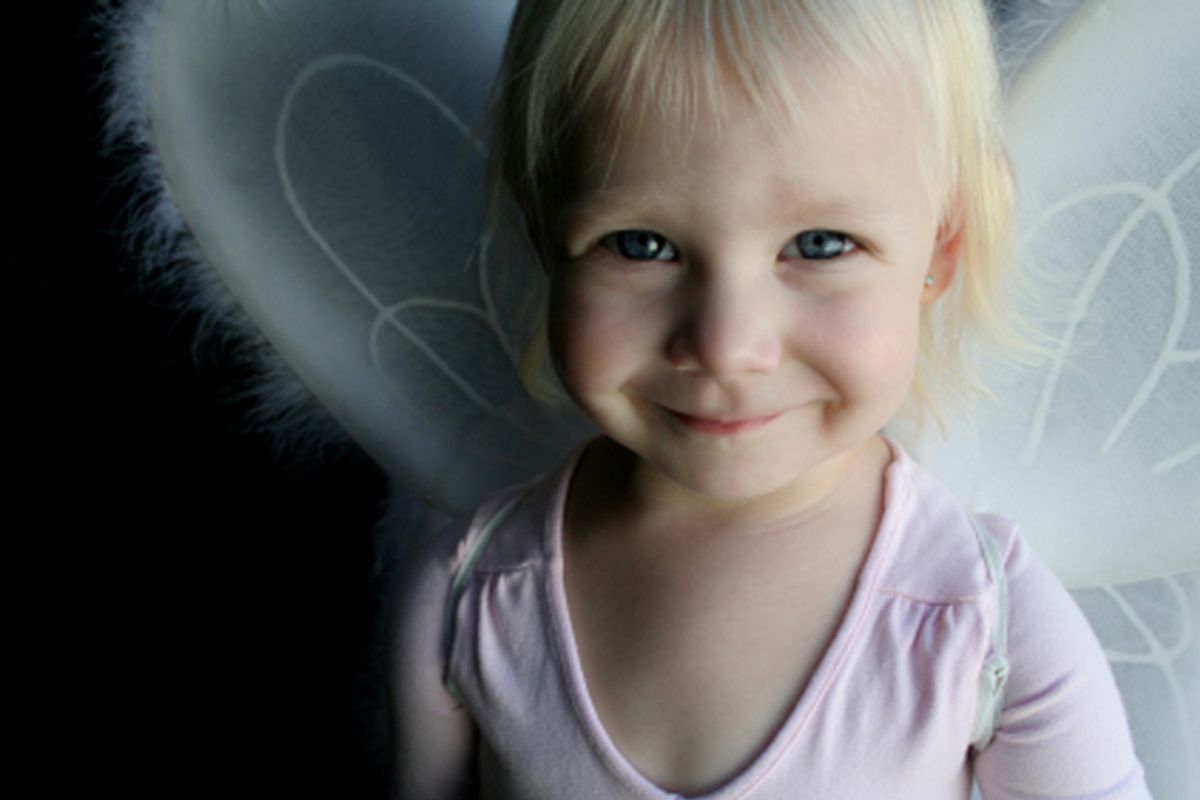 When I was in the fifth grade I named my first daughter. I picked "Bailey" and lavished upon this completely imagined child an entire fictional life. Thoughts of the how or when or why she was conceived never entered my 12-year-old mind. I never bothered to dream up a father for her. She appeared whole — nearly the same age as I was at the time — and allowed me to mother her. I pictured myself older, thinner, beautiful and independent. She traveled with me to the markets in Prague and Africa and to meet the president. I wrote books in my spare time, and together we made collaborative collage art that hung on the walls of the Met.

We even had a home — a brownstone in New York — that I furnished based on scrupulous detail from magazines. The hefty Sears catalog still existed then. At my grandmother's white Formica kitchen table, I'd pore over curtains and imagine what my daughter and I would like best. Bailey was the first name I picked. I liked the way the name sounded masculine, a surname. My daughter Bailey had spunk. My first book, sold to a large New York publisher when I was 19, was a picture book, imagining all the wonderful advice I would one day give my daughter.

Pregnancy found me scarcely two years later in law school. I filled my first-year torts and contracts notebooks with baby girl names. I lavished loops and curlicues on each one I selected. At first, I settled on Skylar, then made up my own name, Cielle — from the French word for sky.

But my sky shook when the ultrasound, just before midterms, gave me my first view of my son. A boy with his legs spread wide, practically winking at the ultrasound machine as my doctor chuckled, "Yep, that's a package." The sky fell and the world turned blue all around me, and I cried. I had never pictured myself as the mother of a boy. The shock of this revelation was more powerful — more insurmountable — than the discovery of the pregnancy itself during my first week of law school. After I had moved alone across the country from Minnesota to Washington, D.C. Oh boy, indeed!

My son was born, despite my misgivings about his gender. It was amazing to me how parenthood could provide me with such clarity and purpose in life. I loved being a mother — especially a single mother. When my son was 2, I was desperate for another baby — a sister for him. But there were logistics to arrange. Five years passed. I found more baby girl names — Bronte, Frances, France. I started a new novel and named my characters Helen and Nini. I wrote their story during the parts of my day when my son's father had custody. I graduated fourth in my class from law school. I moved back to Minnesota and married. After two years of marriage I was pregnant. I chose the name Persephone from a dream. My husband winced visibly.

I subscribe strongly to the belief that all things have their season. It was my season for a girl. God had been right to pick a son for me first — I wasn't ready. I was ready now. I was a great mom to my son. I let him be. I let him breathe. I treated him as his own separate, distinct being. I didn't share or burden him with my terrible self-judging thoughts (the way my grandmother and mother had with their daughters). I knew he wasn't simply a miniature version of me. How could I not know, with his little weenie right there all the time?

I promised God and all the blessed saints and spirits that I would name my daughter Persephone to remind me to stick with the program. Through grade school, weight gain, high school athletics, boyfriends and college, I would give her the same space my son had — lest she run like Persephone to the devil himself.

The ultrasound showed me my second son. My husband sighed with relief. By then he'd really come to hate the name Persephone. My kind, 9-year-old son squinted thoughtfully at my teary face and then back at his tiny brother on the ultrasound screen. Always my rock, he announced, "Well, this one's a boy, but maybe there's still time for twins to develop. That could be a girl." I realized that I should have explained a little bit more about how this all worked. It made me smile enough to stop crying.

And so my youngest son was born. I loved him completely, as much as I'd loved his brother before him. My youngest wasn't as easygoing a baby as his brother. He stayed up all night, he got ear infections, he tossed and turned. He nursed poorly and often. He teethed without mercy. My husband and I had the type of marital arguments people with no sleep have. My youngest son was 6 months old when I started begging for another child — for a daughter. The universe still owed me a girl after two brilliant sons.

My husband instantly said, "Absolutely." Followed by "not." Looking at his tired face, I thought it best to give my petition a rest for a few more months, until our son was sleeping better. Two years later he was still sleeping in our bed. And I had a secret notebook of girls' names.

Tonight my sons are playing together in the yard. The oldest has a beach umbrella he's using as a shield. The youngest has a broken fishing pole that he's using as a stick to beat his brother. They are laughing so much that at times they stagger. The oldest blocks and parries. The youngest's laughter peals down the street. We're in the damp quiet left behind after the recent July storm, and his voice carries and carries. Everything is wet. Their feet are bare and covered with grass and mud; a slug clings to the youngest's leg. He shrieks again with delight when I remove it and show it to him.

As a parent, I'm not sure how to reconcile my deep wish that the boys bond through playing together and the reality that every game they invent is violent. Injuries are rare, however, and never more than a bump to the ground. But I can't help thinking that if my sons were girls they would be wearing the fairy wings I saw today in a catalog and pretending to fly.

The catalog. It comes quarterly, and I loathe it. I devour every page. It is the type of catalog that sells educational toys — for the most part wholesome, wooden objects. One year I asked my oldest son to circle things inside it that he wanted for Christmas. He laughed. The catalog sells glittery fairy wings, in green and pink. There are wands as well. There is also a wooden barn that holds figurine ponies with soft manes. The ponies come with brushes. I hide the catalog in the drawer with my diary and list of baby girl names.

Inside the house again, all the ruffled feathers are soon soothed. I warm up soft, doughy pretzels in the microwave, one for each of them and then myself. The youngest plays with his trucks on the floor. He's sleepy and moves them slowly, meditatively back and forth with the concentration of a yogi. The oldest tells me stories about the KLB (Kitten League Baseball). He invents daring plays and impossible scenarios, names whole rosters and fills in the biography of his feline players. The early July light of dusk is purple — it fills the house with a soft glow. My husband returns home from his volunteer firefighter training.

The bedtime routine comes and goes with the same calm motion of my son's trucks running across the floor, back and forth. I am happy. Still, when I finally climb into bed, I can't help but think of the pictures my girlfriend e-mailed me that day — of her 2-year-old daughter, wearing a flower in her hair. Ungratefully, I feel as if something flowery and fairy-winged is missing from my busy, happy life.

Rachel Coyne is the author of "Whiskey Heart," from New Rivers Press and "Daughter, Have I Told You?" from Henry Holt.