Progressives should be proud of "sewer liberalism" 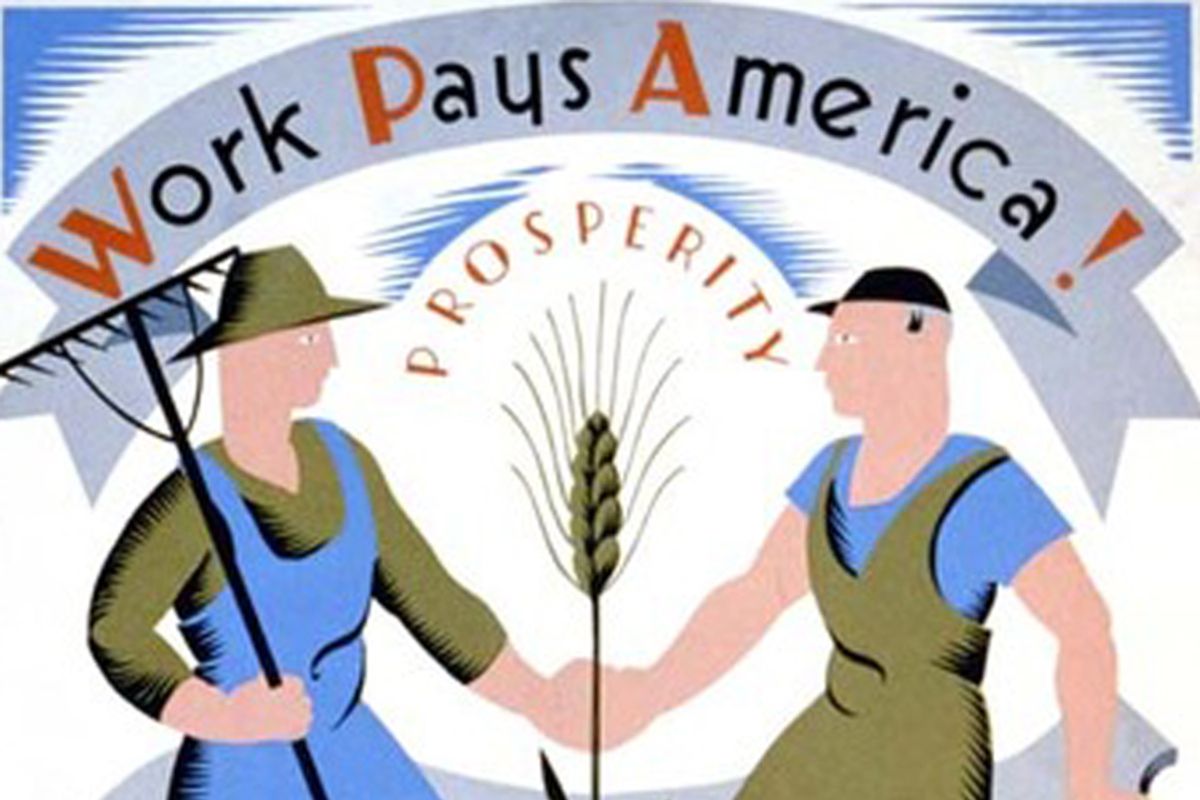 The left-right divide in America involves so many opposite positions on so many contentious issues that it is tempting to wonder whether any fundamental matters of principle are involved at all. Many liberals, for example, want to stamp out cigarette smoking while legalizing marijuana smoking, while many conservatives want harsh penalties for pot smokers and federal subsidies for tobacco growers. But confusing as the political landscape may be when viewed closely, from a distance it is possible to make out the fault line that separates liberals from conservatives when it comes to debates about the economy.

That fault line involves the very nature of the economy itself. If we set aside the nonprofit and household realms, then it is a crude but fair generalization to say that conservatives believe in an economy with two sectors — the market and the government — while liberals believe in an economy with three sectors — the market, the government and the utility sector.

Whether an industry should be treated as a public utility depends on the nature of the provider or the nature of the goods or services themselves. If the provider is a natural monopoly, like a sewer system, then there is a case for public ownership or for private ownership combined with public price regulation, so that the monopoly does not take advantage of its power to gouge consumers. In other cases, like electricity, competitive markets might be possible, but price volatility would be too disruptive to be tolerated by consumers and businesses.

This was taken for granted by generations of moderate American conservatives as well as liberals, and it would be difficult to find European or Asian conservatives who would question this reasoning. But thanks to the success of radical libertarians in converting the American right to their own free-market fundamentalism, the idea of a distinct utility sector is now seen as a heresy by American conservatives if not by British Tories or French Gaullists. While they acknowledge a role for government, for example in defense, today’s free-market conservatives as a rule reject the legitimacy of a regulated or publicly provided utility sector in an intermediate zone between government and competitive markets. This explains the fervor with which the right seeks to privatize or deregulate services that most Americans, along with most people in other countries, think of as utilities, like local electric power companies.

The most important economic debates between left and right involve industries whose treatment as utilities is less widely accepted than sanitation or electric power. Healthcare is one such industry. What divides American progressives not only from Republican conservatives but also from center-right neoliberals in the Democratic Party is the idea that healthcare should be a publicly regulated utility that is provided as a matter of right to all citizens, not a commodity like apples or shoes that should be sold in a typical competitive marketplace. Not all liberals agree on single-payer healthcare, all-payer price controls, or other specific policies, but it is safe to say that all liberals believe that healthcare should be treated as a utility.

Finance is another industry that American liberals think should be treated as a regulated public utility, not a competitive market. For progressive Americans, the provision of basic financial services like checking and small loans to households and businesses is as essential as the provision of water and electricity. The institutions of the financial sector that provide these basic, essential services should be carved off and converted into regulated utilities, as they were before Republicans and Democrats united to tear down the New Deal regulatory system in the 1980s and 1990s. Other sectors of finance, like investment banking, can be organized as competitive markets, not public utilities, as long as the public is not called on to swallow the costs of failure.

On the other side of the debate are those who believe that healthcare and basic banking services can be provided by multiple firms seeking to maximize their profits in competitive markets. If this were true, then most liberals would have no objection. After all, the center-left, unlike the socialist left, favors competitive markets where they provide abundant goods at low cost with no danger to the public. That is why you don’t see progressives campaigning for turning apple farms or shoe factories into public utilities with prices set by law or regulators.

The problem is that competitive markets do not work well in healthcare and basic financial services. For example, most people live in areas where there are only a few nearby hospitals, perhaps only one. Free-marketeers think that “transparency” can help control costs, thanks to comparative shopping by self-interested consumers. But even if the data were easily available, do libertarian conservatives really expect someone in the throes of a heart attack to go online to check hospital rates before choosing an emergency room? Hospitals are more like local water treatment plants than they are like shops in the mall.

By contrast, in all but the smallest communities there are numerous banks, not to mention other financial institutions like credit unions. In finance, the purpose of regulation is not to prevent a natural geographic monopoly from extracting monopoly rents, but to prevent a horde of mostly small producers and some large producers from competing to fleece their customers.

No problem, says the free-market conservative. Here, too, transparency will enable comparison shopping by well-informed consumers among competing service providers. But just as people cannot be expected to compare and contrast hospital rates before choosing an emergency room, so most people cannot be expected to devote hours or days to decoding deceptive jargon contained in the microscopic print in the blizzard of pages provided by credit card companies and banks. Such "transparency" is really opacity. That is why, in the opinion of many liberals, government should directly regulate basic "utility" financial services and the fees charged for them. And just as no American liberal wants to turn apple farms and shoe factories into public utilities, so no American liberal cares if investors lose their money gambling on South American chinchilla futures, as long as the public is not expected to make them whole.

The recent reforms in healthcare and financial regulation are too market-oriented for most liberals and too utility-oriented for most free-market conservatives. But this does not imply that each side is equally dogmatic. The center-left is much more flexible and open-minded.

For example, when the conditions that made a sector suitable for treatment as a utility change, liberals do not necessarily object to deregulation. As long as telephony was based on wires, regulated telephone monopolies like AT&T made sense. When technology, in the form of wireless telephony, made a competitive market in that industry possible, few liberals objected to deregulation.

"Sewer socialists" was the term coined to describe early 20th-century socialists who boasted of their publicly owned water treatment system in Milwaukee. Later the term was generalized to include progressives who favored publicly regulated utilities. While the term "socialism" is misleading, contemporary American progressives who support an expansive definition of the utility sector should take pride in the term "sewer liberal."