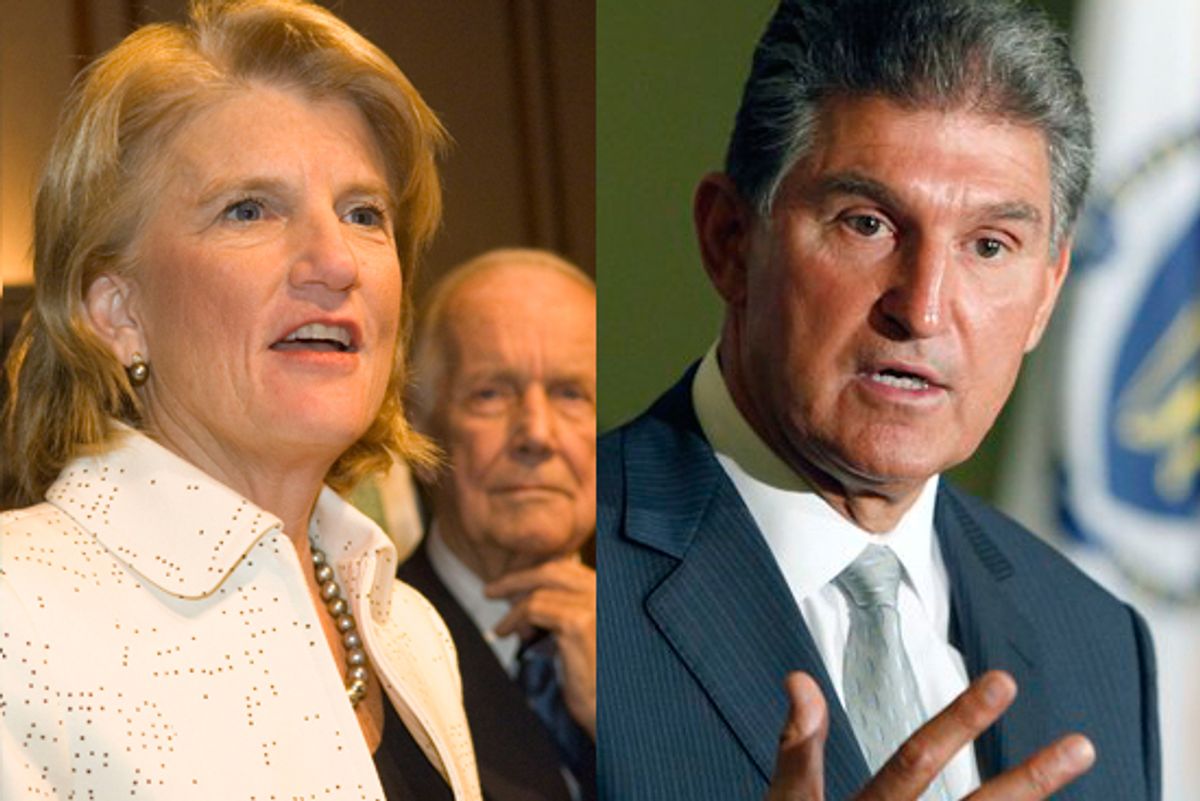 The first thing to conclude from the political maneuvering in West Virginia that has followed Robert Byrd's death is that Joe Manchin, the state's second-term Democratic governor, really wants to be in the Senate — now.

It was Manchin, after all, who leaned on the state's attorney general to essentially overrule the secretary of state, who had decreed that an election for Byrd's seat would not be held until 2012. And it was Manchin who personally brokered a compromise with Republicans in the state Legislature on Monday that will allow a special election to be held this November. And it was Manchin who, almost immediately after signing that compromise into law, jumped into the special election campaign.

The result of all of this is a truly bizarre special election process that could give the governor's strongest potential foe, Republican Shelley Moore Capito, pause about joining him in the race.

The compromise that the state GOP legislators agreed to essentially declares the special Senate election a different entity from the regularly scheduled November elections — thereby allowing candidates who are already running for other offices (the state's primary was held in May) to simultaneously seek the Senate seat.

From a GOP standpoint, this is supposed to entice Capito, a fifth-term congresswoman and the daughter of former Gov. Arch Moore, into the Senate race. Capito is plainly ambitious, but against Manchin, who's racked up considerable popularity, she'd be the underdog. Still, given the national climate and the West Virginia electorate's long-standing distaste for Barack Obama, it's not inconceivable that she could upset Manchin.

Under more typical circumstances, she'd now be faced with a choice: Either roll the dice and run for the Senate, or take a pass, return to her safe House seat, and wait for another chance to move up. But the compromise changes that equation: Now she can run for the Senate and still have her House seat as a fallback.

Well, that's the theory, at least. The problem is that she could be risking a backlash if she runs for both. Already, some voices in the state are calling the idea of running for both houses of Congress at the same time unseemly and demanding that Capito make a choice. By seeking House and Senate seats at the same time, she might make it easy for Manchin to paint her as a desperate political careerist.

History probably doesn't offer Capito much guidance. I can't think of another modern situation like this. Sure, there are plenty of senators who have run simultaneously for vice president: Lyndon Johnson in 1960, Lloyd Bentsen in 1988, Joe Lieberman in 2000, and Joe Biden in 2008. All of them were reelected easily. But running for national office and reelection to the Senate simultaneously is one thing. Running for the two federal offices from the same state is another.

If West Virginia's odd special election compromise stands (a court challenge is possible), Capito may find that her choice is no different from what it was before: Senate or House — not both.