Stunt is designed to attract tourists. Children on the scene burst into tears, police investigate 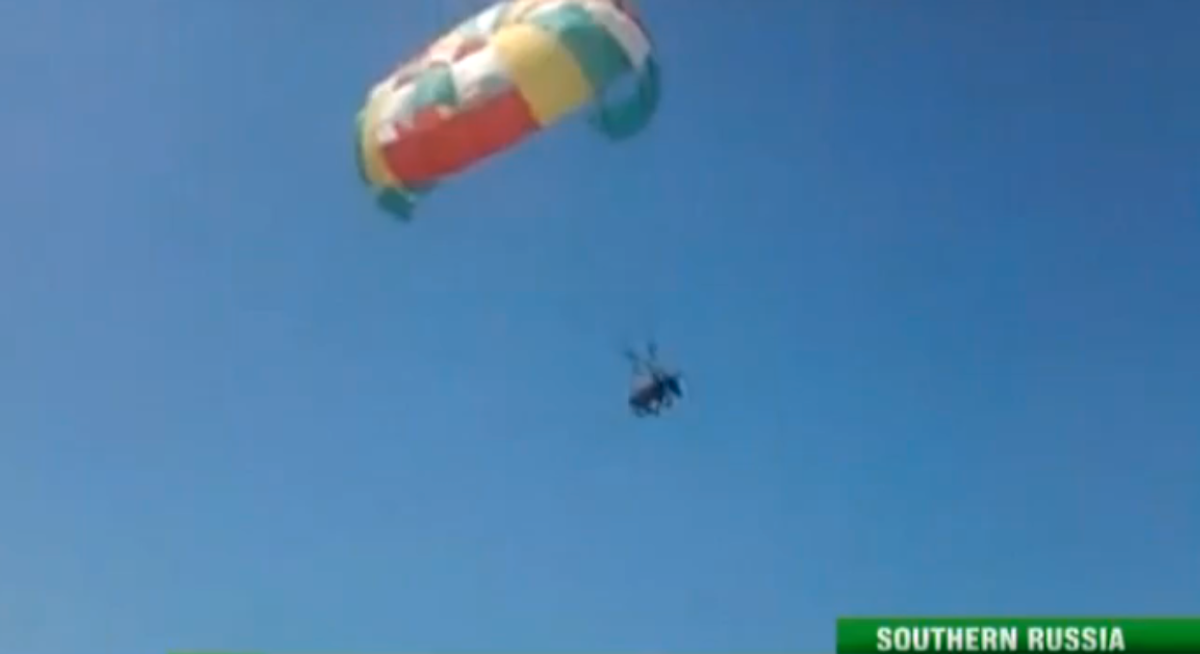 An outrageous marketing ploy dreamed up by a business owner in southern Russia has police investigating charges of animal cruelty. Last Thursday the proprietor of a parasailing company strapped a donkey to a parasail and floated it over the Sea of Azov for 30 minutes in an effort to get people to, uh, parasail. It has the makings of a really funny scene in an Eddie Murphy movie, but according to reports in the Moscow Times, children were distraught and police were irate.

England's Daily Mail has a series of video stills of the debacle and statements from locals detailing the donkey's near-drowning when the parasail landed. CBS News goes so far as to ask if the video is hilarious or animal cruelty? Sky News interviewed the spokeswoman for British animal rights charity the Brooke, which focuses on the plight of donkeys, mules and horses.

Footage of the stunt is below, without the original sound, thankfully -- reports have all indicated that the donkey was in distress the entire 30 minutes, braying and terrified.