Georgia watermelons and Hawaiian tuna? Yes, they can be friends too! 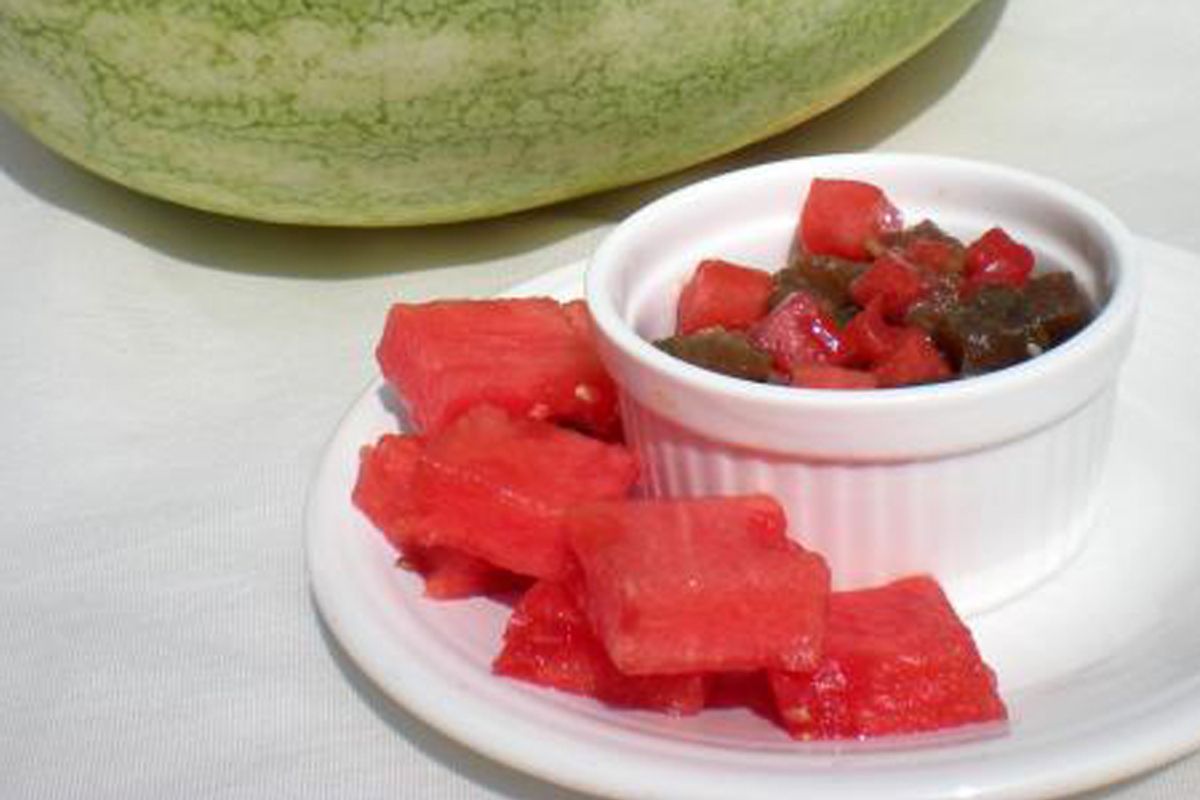 In Georgia, we know a thing or two about watermelon. Crisp, juicy, sweet watermelon — green striped exterior, magenta interior. Things like how Cordele, in south Georgia, a drive-by on Interstate 75, is the Watermelon Capital of the World. Just ask any natives of Cordele, and they will happily tell you that the best watermelons come from Cordele in the month of June.

Here in north Georgia, a few weeks into July, good-quality watermelons can still be found. This is the way Salon's Francis Lam chooses a watermelon, but he has the luxury (I assume) of shopping by himself. Here’s how I choose a watermelon:

1. Find a pickup truck by the side of the road, preferably with a beer-gutted, bandana-wearing hippie dude beside. Look for the signs that read "Two for $5" or "Watermelons $2 each."

2. Park my minivan and insist the children stay in the car. "DON’T TOUCH ANYTHING AND BEHAVE FOR 10 SECONDS, PLEASE."

3. Sigh resignedly when the girls insist on getting out of the car and choosing the watermelon.

4. Look over the melons, lift a few and then start thumping. That’s right, go all Ginger Baker on those melons, thumping and drumming, listening for that solid, heavy thrum that means you’ve got yourself a sun-ripened, belly-filling whopper of a watermelon.

6. Carry the melon to the car, trailing baby ducks. Place watermelon carefully in seat. Place seatbelt around it. Admonish everyone to "PLEASE BEHAVE! IT’S ONLY A SHORT DRIVE HOME!"

7. Pray that darling husband is home to carry the watermelon from the car to the refrigerator, but he’s not. Get all the kidoodles out of the car, and lastly the precious watermelon and heave it into the "watermelon fridge" the extra refrigerator that seems to exist for restaurant leftovers, bottles of IBC root beer, the Thanksgiving turkey in defrost mode, and watermelons in the summer.

8. Forget about the melon for a day, maybe two, and then have at it — wash and dry the watermelon first, then cut it in half across the equator. Quarter the halves, then remove the flesh from the rind. If you’re clever, cunning, resourceful or cheap, or maybe have just read "White Trash Cooking," by Ernest Matthew Mickler, then save the rind for watermelon pickles. Otherwise, save it for the compost heap.

We eat a watermelon a week each week from June through July and into August. Mostly, we keep the slices in the fridge and eat them as snacks, but I’ve been known to serve watermelon alongside a supper that may not pass muster with the kids. ("Sweetheart, give me three bites of cauliflower, and then you can have watermelon.")

I’ve mentioned before that my children are culinary savants — wanting to try strange concoctions that sometimes taste good — a rich double-butter peanut butter toast, and a sweet-sour marmalade concoction deemed "marmadip," are two memorable inventions. My children’s creativity with food doesn’t come from me, however. They get the inventiveness from my husband, who, upon finding out that this week’s Salon Kitchen Challenge category was watermelon, said: "You know what I’ve always wanted to try. Now, you’ll think I’m crazy, but hear me out. I want to try making ahi tuni poke with cubes of watermelon."

This sent me scrambling to Google to figure out what poke is, and it’s not Gumby’s faithful sidekick. It’s pronounced "poh-kay" and it’s a Hawaiian tuna tartare, part of the great fusion of Hawaiian cuisine. Fresh sushi-grade tuna marinated in a gingery, garlicky soy sauce with a wallop of pepper and chile offset by crisp, juicy sweet niblets of watermelon. Well, we gave it a try, and all I can say is that they laughed at Picasso. Like his 1906 painting of Gertrude Stein, about which a viewer remarked that the portrait looked nothing like Stein. Picasso famously responded "she will." My taste buds have grown to crave this. All contrasts — sweet, crisp melon; salty, soft tuna.