Sherrod fiasco shows we must be skeptics

When the Andrew Breitbarts of the world can spread lies with lightning speed, knee-jerk reactions are dangerous 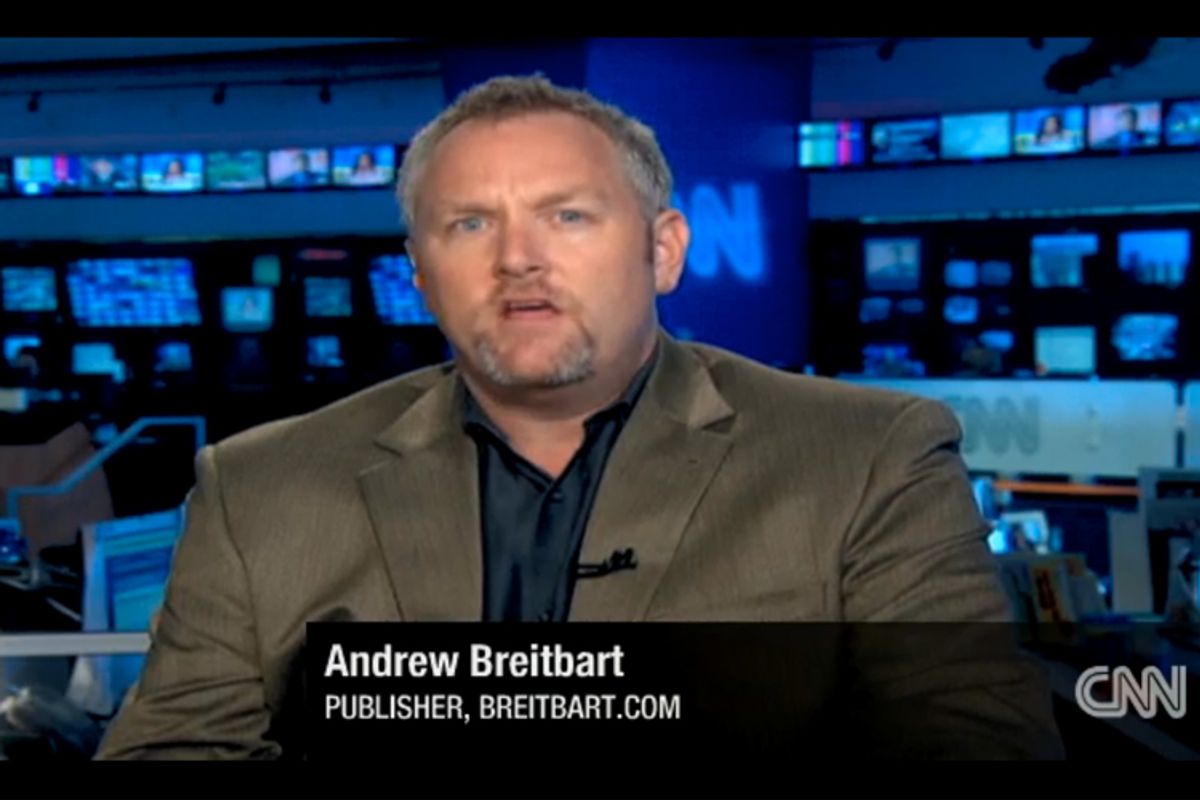 If you're one of the people who believed, even for a minute, that former U.S. Agriculture Department employee Shirley Sherrod misused her government position in racist ways, you have plenty of company -- and you may also believe you have a plausible excuse. After all, you were told by Big Media, the Obama administration and the NAACP that it was true.

Except, as we've all learned, it wasn't true. It was a brazen lie, pushed initially by the infamous Andrew Breitbart and his allies at Fox News and other right-wing media outlets, and given credence via the cravenness of other media organizations, Obama's secretary of agriculture and America's most prominent civil rights organization.

No surprise that Fox and others leaped aboard the Breitbart wagon: Here was "news" that A) fit their worldview and B) came with video. So what if the video was incomplete. Don't look for even a shred of genuine remorse, ever.

(UPDATE: Looks like I spoke too soon on that; watching Fox this evening, I heard some commentators offering sound cautions about leaping to conclusions -- and Bill O'Reilly has forthrightly apologized, according to the Washington Post. Let's welcome these thoughts and hope the Fox audience pays attention. Further update: Josh Marshall, in a scathing piece on the media's failure in this case, calls the Post story a whitewash.)

The other players named above, who credulously endorsed the lie, should be ashamed. Afraid that they might be seen as giving cover to a black person with racist thoughts, they leaped on the discredited "evidence." At least the NAACP apologized for its role in the smear. (UPDATE: And, as we've all heard now, so has the administration.)

But the misdeeds by others don't let the rest of us off the hook. And if this isn't a teaching moment about media, politics and our twitchy culture, nothing is.

I'm lucky, in a way. I first heard about the story and Breitbart's role in it at the same time. So I instantly had doubts.

I didn't doubt that an African-American could express racist ideas. What I doubted was that Breitbart could be taken at face value. His record was evidence, beyond my reasonable suspicion from my perspective, that the only smart way to approach his work is to wait for absolute proof -- and not trust anything until seeing it. And his sulphuric spin of the current situation is beyond disgusting.

This means, in particular, that we all need to take a deep breath before making knee-jerk assumptions, or at least before we act on them. The consequences of acting before verifying can be minor, or they can be ugly -- as in Sherrod's blatantly unfair forced resignation.

I heard some regret on CNN last night for its role in spreading the lies, and hope other big-media organizations are doing the same. That's not the real test, however. What they do in the future is the test, and it's an easy one: The next time you see a Breitbart-pushed story moved forward by a serious journalism organization that hasn't checked out the facts in every particular, you'll know that organization has failed.

Time for an office pool on which one will fail first. I can all but guarantee, with sadness, that someone in the office will win.

(Update also reflects that Fox was hardly the only conservative media outlets to find this story worth covering.)