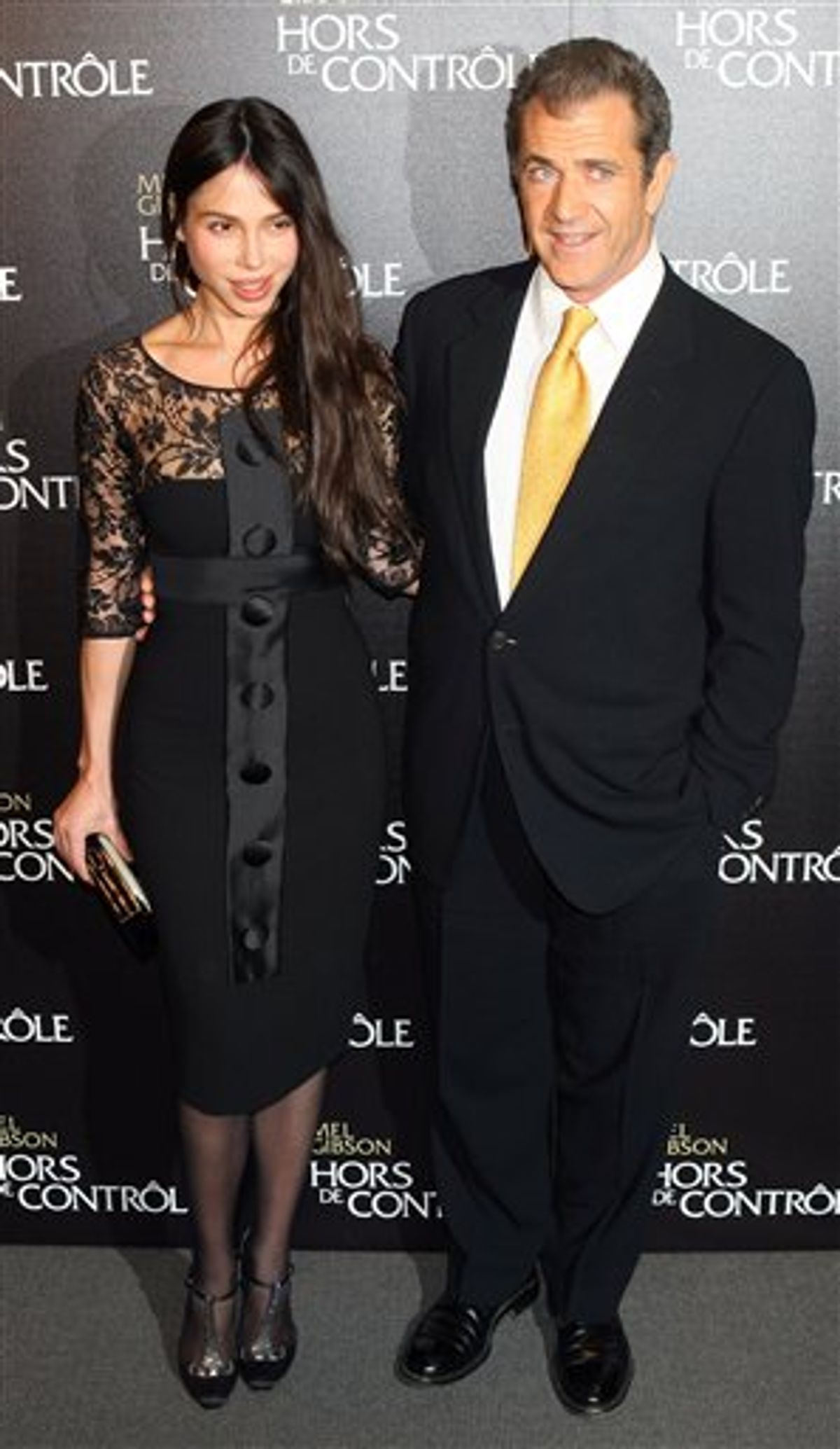 The tale of the alleged Mel Gibson tapes has gotten more convoluted, if that were even possible, with the actor now accusing his ex-girlfriend Oksana Grigorieva with extortion. The Hollywood Reporter writes that Gibson's camp has a text message from Grigorieva that explains exactly why she leaked the horrifying conversations to Radar Online earlier this month, and it includes the words "you broke your agreement with me."

If you're a glutton for punishment and really want to know the contents of the sixth audio tape, released yesterday, the L.A. Times has a pretty accurate picture. If you were wondering how long it would take for someone to put "you should just smile and blow me" on a T-shirt, then E!Online has your answer. And finally, if you identify an itty bitty bit with Mel Gibson and think he's got "righteous rage," CNN is the place to go.