Looking into the soul of fruit with MRI scans 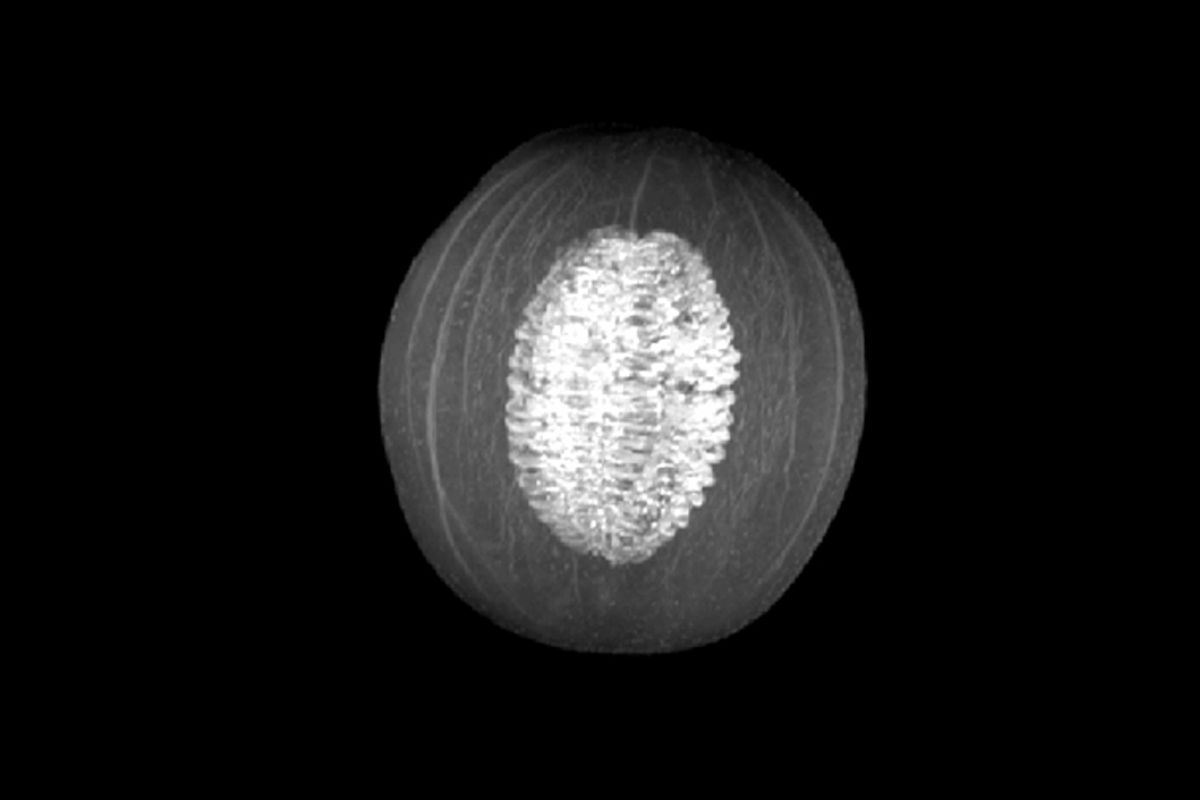 A few years ago, I found myself tucked into an MRI scanner, slightly terrified, listening to the machine look deep into my guts. A quiet lurker it's not; lying still in its claustrophobe's nightmare of a tunnel, you hear nothing but the scanner clanging and pinging like Marley's angry ghost dragging his chains. I wanted to be let out, and while I understood that the doctors needed to see what was going on inside me, the furthest thing from my mind was how beautiful the pictures might be.

Presumably, Andy Ellison's artichoke didn't feel the terror I did when he laid it down to a nice magnetic resonance bath, but the images he got of it -- and 14 other fruits and vegetables so far in his project Inside Insides -- are stunning.

Working as a technologist at a research lab (don't worry, no patients were made to wait while he rummaged through his shopping bag for a melon), Ellison started the project inadvertently. Needing a test subject to tweak his machine's settings, he grabbed an orange. But then, he says, he was "blown away by the incredible complexity that began to show itself so quickly as I went through the slices of the orange."

He stitched together the series of cross-section images -- the "slices" -- of the fruit into an animation that looks like an orange being born, or uncomfortably like a leech trying to make out with you. As Ellison continues picking up subjects at the produce aisle, the animations get more and more gorgeous -- x-ray vision in slo-mo -- but they feel too a little bit like Rorschach tests.

Is that a broccoli or a fireworks display? I worship flaming missiles. I am so emasculated.

Ellison promises more scans to come, but when I asked for him to do a bucket of fried chicken, he demurred: "The idea of running it on other foods has crossed my mind, but at the moment the most fruitful scans (no pun intended) -- those that will look the most astounding -- tend to be things from nature."

For more of Andy Ellison's scans of produce, check out Inside Insides.