"Ms. Sherrod is owed an apology," Press Secretary Gibbs says -- but no word on offering her her job back 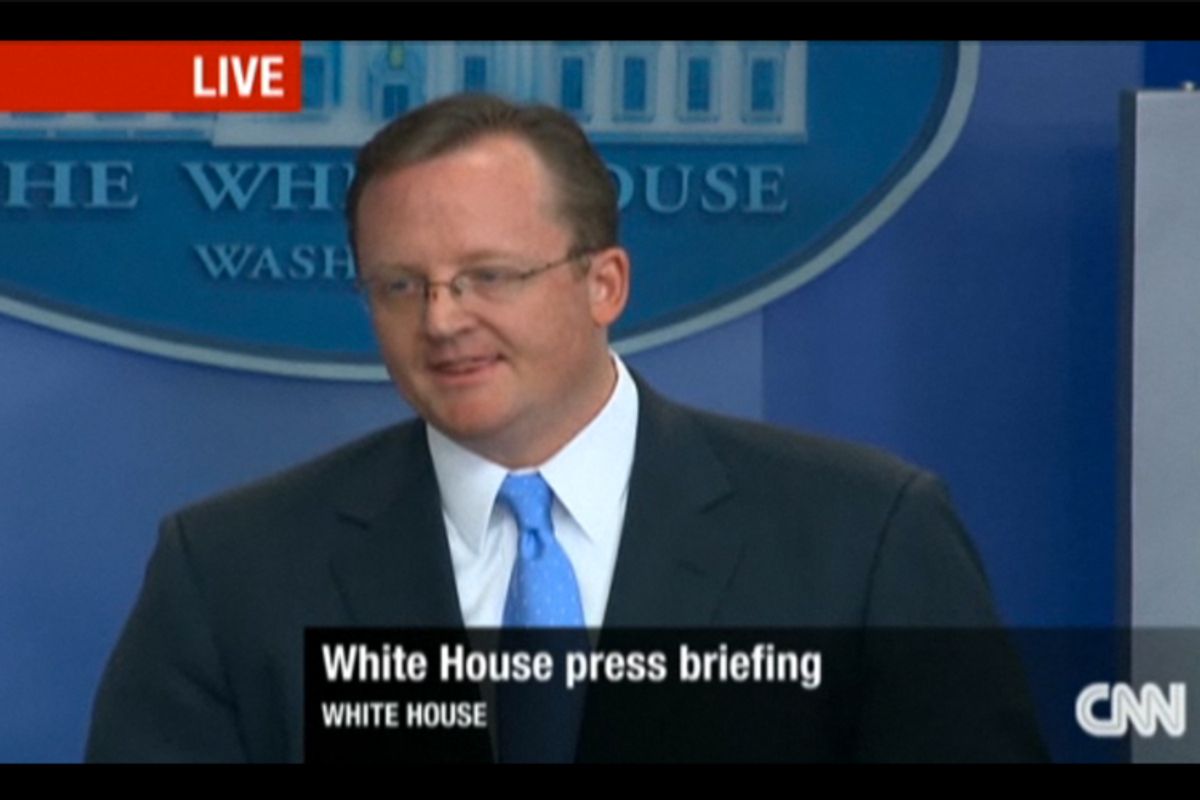 Today's briefing by Press Secretary Robert Gibbs began late. Originally scheduled for 1 p.m. ET, it was moved to 2, then 2:15. Gibbs showed up at the podium at 2:37.

In the time between the original scheduled start and Gibbs' arrival, the Congressional Black Caucus demanded the reinstatement of Shirley Sherrod. We learned that Obama supported the USDA's decision to "reconsider" her firing, which isn't saying much. How much more is there to consider? She's owed an apology and her job back, if she wants it.

Gibbs said Secretary Vilsack is trying to reach Shirley Sherrod, and when he reaches her, he will apologize. But he is still in the process of "reviewing" all the facts, and he won't say that Vilsack will just offer her her job back. The president was briefed on the matter yesterday morning.

"Without a doubt," Gibbs said, "Ms. Sherrod is owed an apology."

And, of course, Gibbs was asked if the president was angry about the Sherrod incident. Gibbs refused to say.

Update, 2:50 p.m. Jake Tapper said "apparently she's watching this briefing on CNN right now, is there anything you'd like to say to her?" Gibbs repeated that Vilsack is trying to reach her to apologize. And Gibbs apologized again.

Why was there such an overreaction? Gibbs blamed the news cycle. And: If this is a teachable moment, who is the teacher? Gibbs could not say.

Chuck Todd with a weird one: "Does the president think this is about race or media?" What, Chuck? Is "Star Wars" about aliens or robots?

Update, 3:30 p.m. "So, Robert, is the lesson, 'don't trust the internet,' or what?" Robert Gibbs announced that everyone should probably stop just replaying 2-minute internet clips on TV without understanding what they mean, from now on. He is probably right! (But while the media criticism was more or less correct, Gibbs never completely explained why this administration capitulated to the worst media tendencies this time.) And then Gibbs left.