The Agriculture secretary had a chance to do the right thing and save an innocent woman's job. He refused 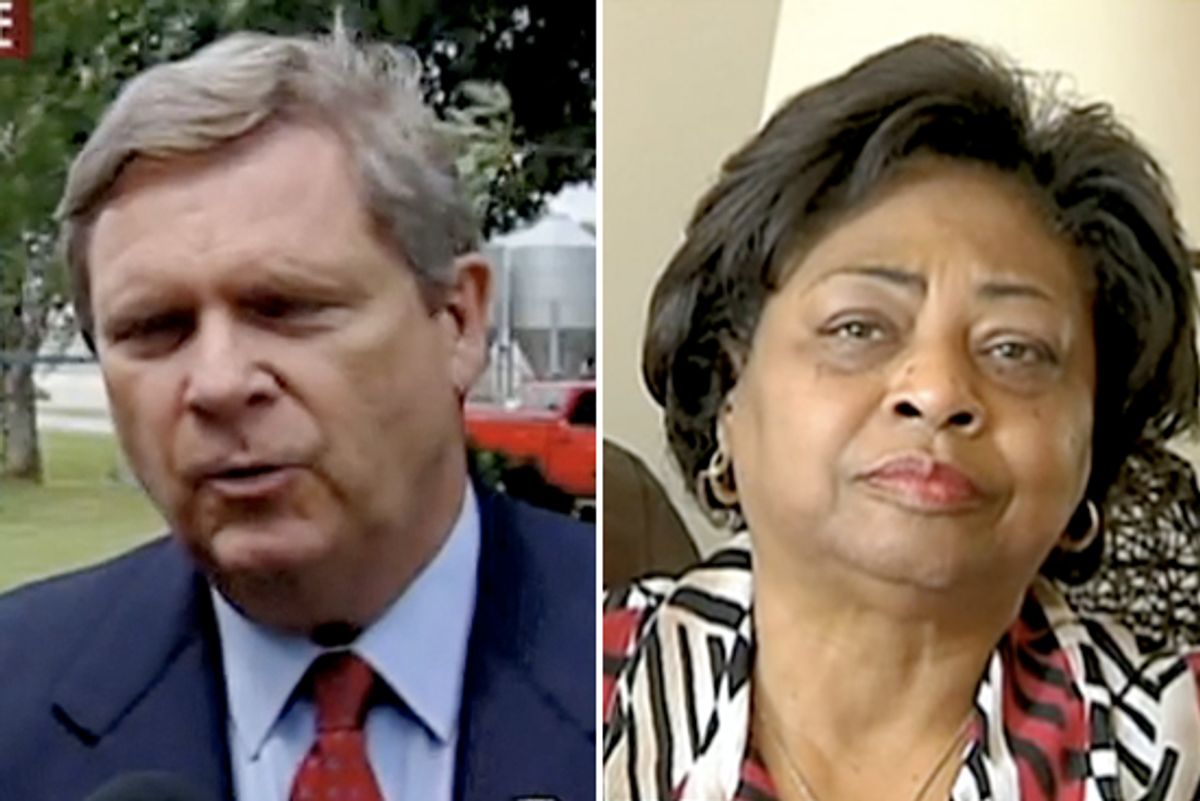 In the wake of the grievously unjust firing of Agriculture Department official Shirley Sherrod, it’s clear that agency head Tom Vilsack might be a hack, and he’s definitely a coward.

One day after Andrew Breitbart posted a truncated video of Sherrod’s allegedly racist speech before the NAACP, she was out of a job. If the White House pushed for her exit, as Sherrod claims, then Vilsack appears to have served as a diligent functionary in carrying out the task. If the decision was entirely his own, as Vilsack and the White House maintain, then he’s responsible for ending the career of a longtime farm-aid veteran based on an abbreviated video circulated by a discredited conservative provocateur. That level of rash gutlessness is not what you’d expect from a one-time presidential aspirant (even one who dropped out of the race 11 months before the Iowa caucuses).

That’s nonsense, of course. Vilsack's decision to fire Sherrod ignored not only the specific context of her remarks but the larger, historical significance of her story.

As the full video of Sherrod’s speech makes clear, the "context of the statements" had nothing to do with racial bias against whites. The narrative in fact, is entirely the opposite: that, for a time in her life, Sherrod pledged to help "black people only," but that following her efforts to save Roger Spooner’s farm -- in 1986 -- she realized that "the struggle is really about poor people," not about race.

That’s the theme of Sherrod’s speech, one she hammers home repeatedly throughout her (extremely repetitive) 45 minutes at the lectern: "Working with [Spooner] made me see that it’s really about those who have versus those who don’t. . . . They could be black, they could be white, they could be Hispanic. And it made me realize I needed to work to help poor people, those who don’t have access the way others have."

So Vilsack’s claim that he reviewed the "context" of Sherrod’s remarks is simply a fiction. Just as bad is his cynical reference to the USDA's history of discrimination as an excuse for Sherrod's termination.

Some background: In the 1990s, African-American farmers brought a class action suit against the USDA, alleging that the agency had systematically discriminated against minority aid applicants since the Reagan administration disbanded the USDA’s Office of Civil Rights in 1983. The USDA eventually settled for about a billion dollars, and a subsequent suit was settled this year for another billion dollars (although payment is contingent upon an appropriation from Congress, which has not yet been forthcoming). The backdrop for Sherrod’s story, then, was the routine injustice faced by minority farmers as recently as 15 years ago, injustice which, in many cases, has yet to be remedied.

Vilsack referred obliquely to the agency’s historical troubles in his statement explaining Sherrod’s firing, alluding to "the sordid civil rights record at USDA." But perversely, Vilsack offered this "sordid" record as a justification for Sherrod's termination, explaining that an agency with racial problems can’t afford the appearance of racial bias -- the appearance of racial bias evidenced, in Vilsack's mind, by Sherrod’s speech explicitly decrying racism.

Vilsack's contorted reasoning and the stench of unfairness around the whole fiasco guarantee that Vilsack will face a fusillade of criticism in the coming days. And justly so. He deserves scorn and more for being goaded into an irresponsibly hasty decision based on intellectually dishonest reasoning and incomplete facts. Breitbart’s blatantly flimsy (and demonstrably false) allegation of racism is another example of the right’s obsession, increasingly intense, with bias against whites.

But it’s also an unseemly example of Democratic panic in response to scurrilous racial allegations. It's Breitbart's role as an agitator to try and make trouble (this is, after all, the guy whose biggest mission is to prove that John Lewis wasn't on the receiving end of racial epithets during the healthcare debates). It's the Obama administration's duty, though, to respond surgically to these attacks, not hack off a non-gangrenous limb. Vilsack's willingness to be led by the nose by the most craven parts of the Republican base doesn't speak well to his leadership skills, and his simultaneous slander of a subordinate says even worse.