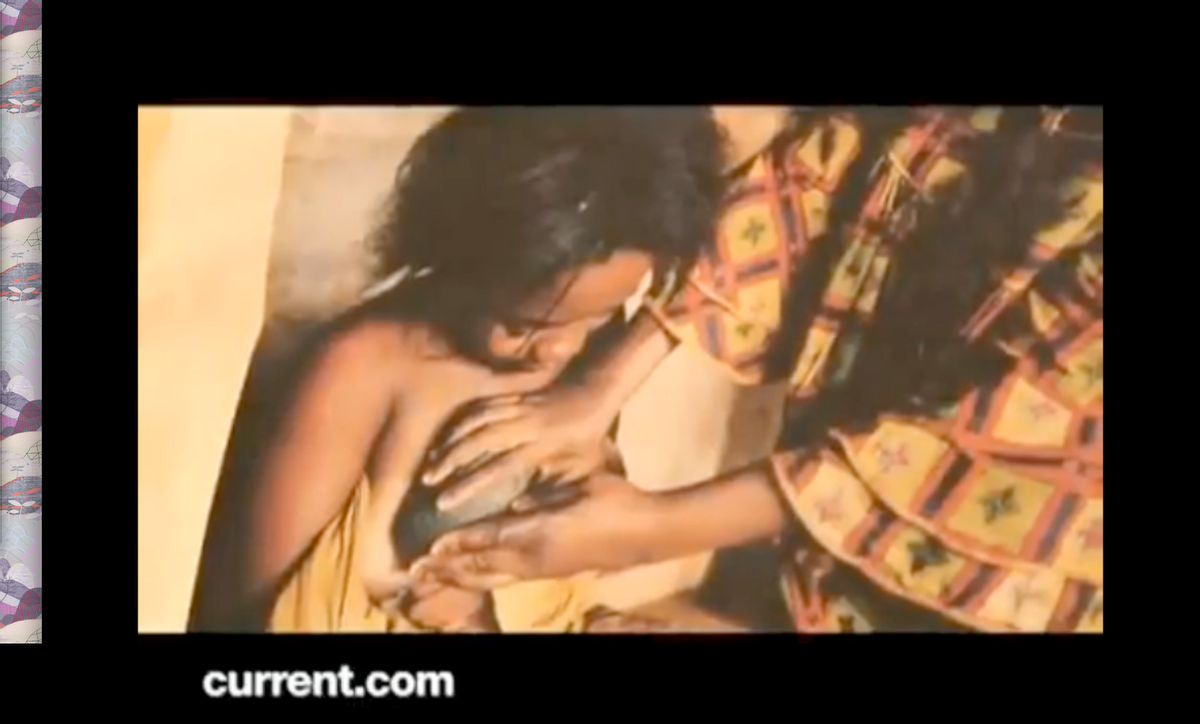 A still from the Current report on breast ironing in Cameroon
--

Breast ironing. There is no way to ease you into such a topic, so I'll just throw it right out there: Breast. Ironing.

The brutal Cameroonian practice -- which we've written about before -- is the focus of a chilling Current video report, which you'll find below. A hot stone is pressed against a young girl's chest or an object is used to beat the tissue, all in hopes of preventing breasts from developing and attracting men's advances. As is often the case with rituals that do permanent harm to girls' bodies (think: female genital mutilation), it's meant to protect girls -- from sexual assault and the threat of underage pregnancy, which is on the rise in Cameroon.

If you've got the stomach for the NSFW video (via The Frisky), I recommend watching it, and consider that the practice impacts a quarter of women in Cameroon. Think of it as your depressing-but-worthy deed of the day.