Comic-Con frenzy ramps up with "Tron" and Will Ferrell 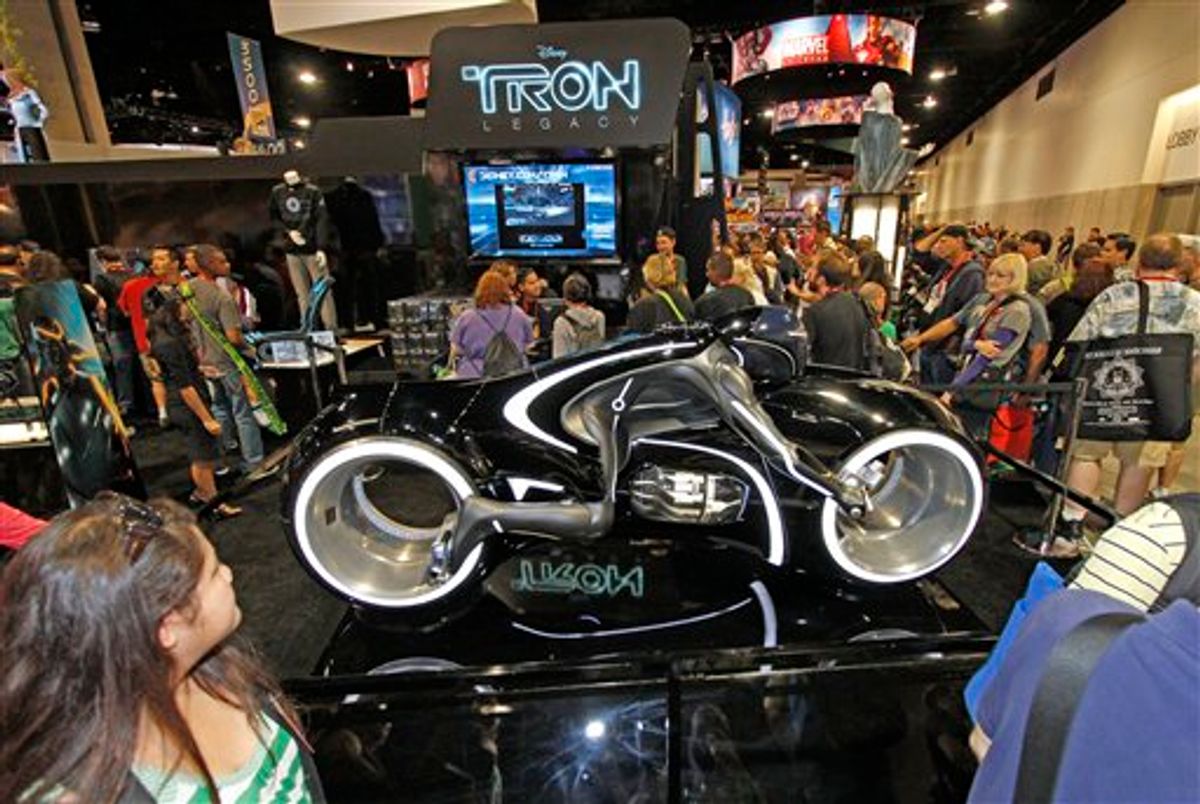 Comic-Con attendees wait in line next to a motorcycle promoting the movie "Tron" at the preview night for Comic-Con International Wednesday, July 21, 2010 in San Diego. (AP Photo/Denis Poroy) (AP)
--

San Diego is abuzz with hundreds of thousands of nerds, geeks, superheroes and fanboys alike as the yearly Comic-Con pop culture convention kicks off. What was once a simple comic book gathering for dudes has turned into a media circus, with TV networks, movie studios, publishers and their marketing departments gathering to stoke the fires of ardent fandom with exclusive video from upcoming releases and appearances by the biggest movie stars on the planet.

The Hollywood Reporter has the lowdown on Will Ferrell, Tina Fey and Jonah Hill at the "Megamind" panel, and Entertainment Weekly breaks down the announcement that "Hell Boy" director Guillermo del Toro will take on a remake of Disney's "Haunted Mansion." MTV is providing live streaming every day, Movieline has a live blog of Angelina Jolie's panel and SanDiego.com has some hilarious observations from Wednesday night's preview festivities.

The big big big news, though, for young nerds and old nerds alike was the panel with Jeff Bridges, Olivia Wilde and the new "Tron: Legacy" trailer! The Associated Press covered it, and the trailer itself is below. Watch it, like, six times: