It's a start: On Friday, Ken Feinberg will shame the banks that overpaid their employees in 2008 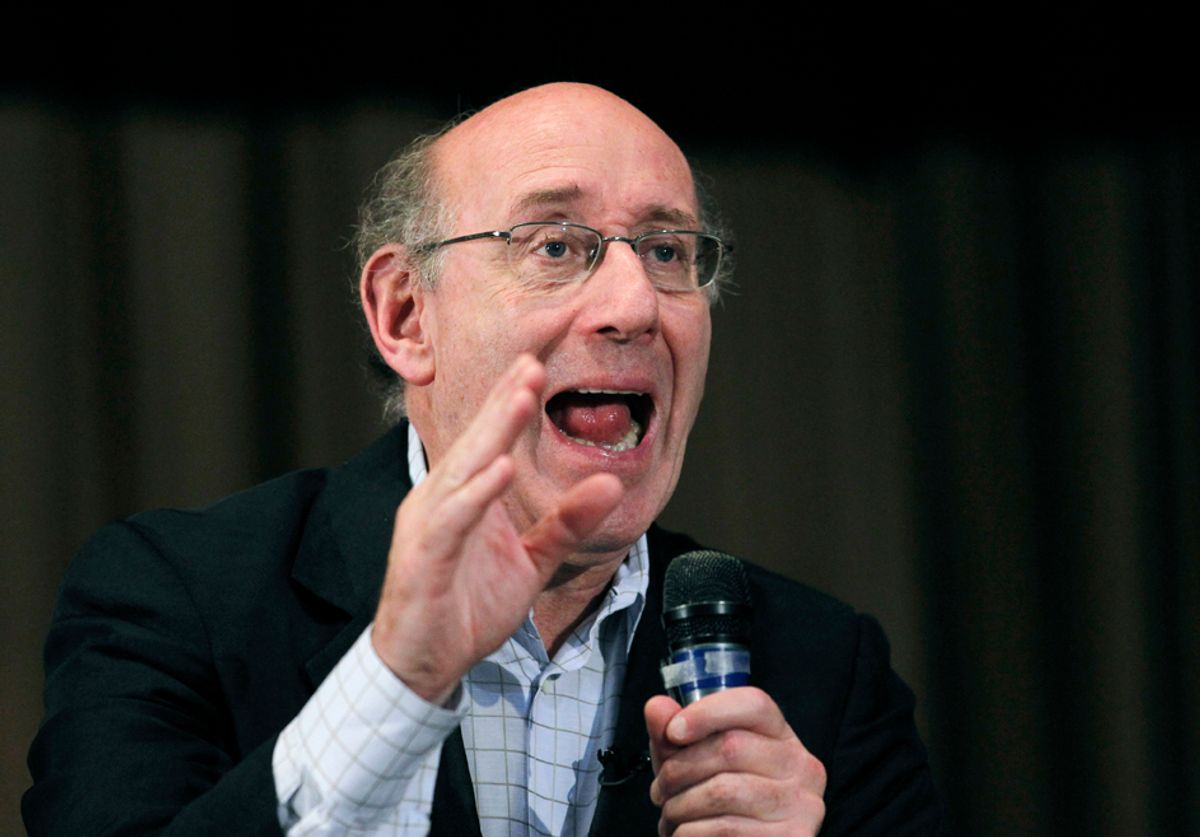 Humiliation Friday? Bloomberg Businessweek reports that Kenneth Feinberg, Obama's "pay czar," plans to name some embarrassing names tomorrow. Specifically, he will cite 17 "bailed-out companies" for paying $1 billion in "unwarranted or ill-advised" compensation to their executives during 2008.

At the New York Observer, Max Abelson writes that the litany of shame has the potential to be "relatively awesome." At first glance, however, I'm not sure why.

Executives won't be identified by name, though companies will be, one of the people said. Feinberg may publicly pressure companies to return compensation. He doesn't have the legal authority to recoup the money.

If Feinberg doesn't have the legal authority to ask that financial institutions which escaped bankruptcy through the grace of a Federal bailout return a paltry billion dollars worth of ill-gotten gains, what's the point of citing them? We already know that Wall Street has no shame; I don't think they're going to be responsive to some nasty name-calling.

Mr. Feinberg's findings could provide grist for lawmakers who have been seeking to impose fees on banks in the wake of the financial crisis. As financial firms recover and return to profitability, they have resumed paying large sums to executives, triggering anger among the public and lawmakers. The Obama administration has proposed taxing large banks based on their exposure to risk as a way to recover taxpayer losses from the 2008 bailout, but Congress has yet to take up the legislation.

If the White House is adept enough to seize upon the banker irresponsibility and greed displayed during 2008 to push through a bank tax that will help defray the costs of the bailout, such a feat might go a long way toward washing away the sour memory of all the bonuses paid out to Wall Street's finest in the aftermath of the financial crisis. That would, indeed, be "relatively awesome."

But I'm not too optimistic. The White House just proved itself manifestly unable to capitalize on one of the worst manmade environmental disasters in American history to get any momentum behind a climate change bill that would redirect investment away from fossil fuels to clean, renewable sources of energy. A much more likely scenario is that we will all be outraged tomorrow when Kenneth Feinberg releases his list of scoundrels... and then nothing will happen.