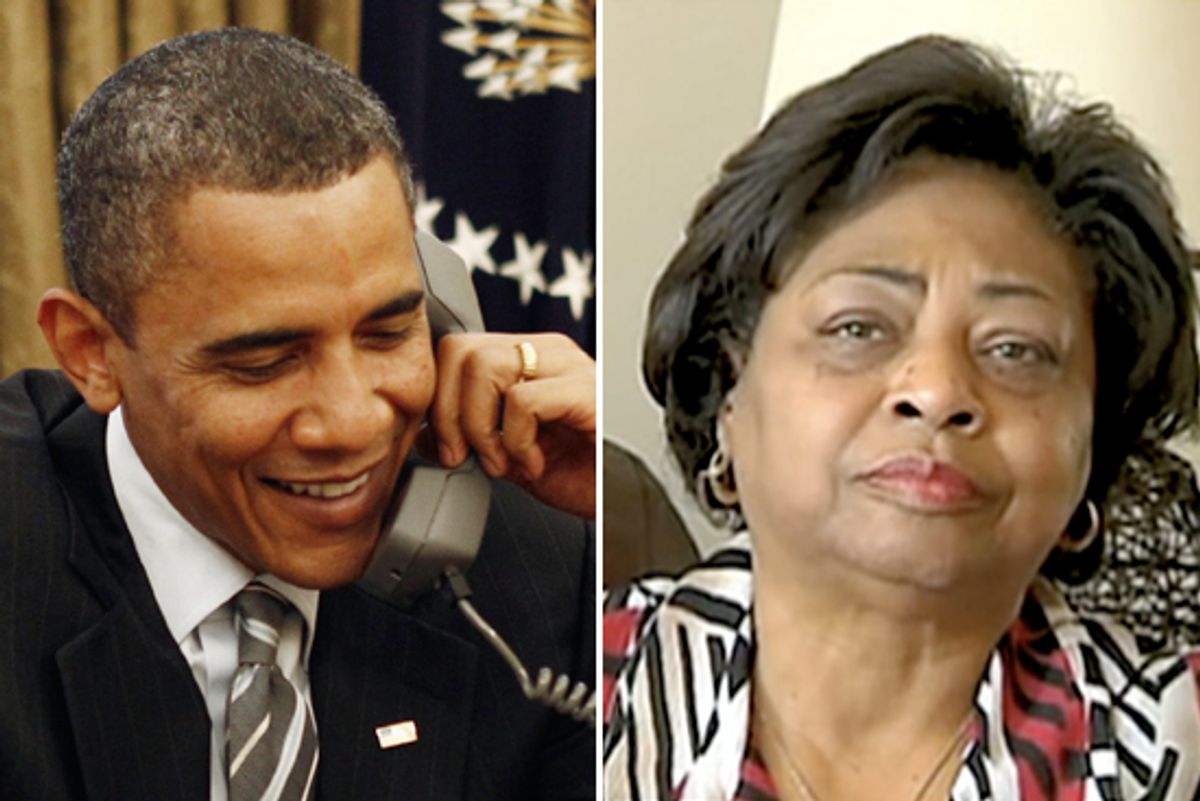 Barack Obama called former USDA official and all-around admirable and noble public servant Shirley Sherrod today, days after the White House unceremoniously fired her because apparently Tom Vilsack was scared that Glenn Beck was going to call her a reverse-racist. They spoke, according to the White House, for seven minutes. Obama said he hoped she'd continue to work on behalf of those in need.

Sherrod is still considering a new job offer from the USDA. (According to Jake Tapper, the "specific job offer" -- Vilsack was pretty vague yesterday -- was just emailed to Sherrod this morning.)

Sherrod talked about what she thought the president could do on race and civil rights issues with Jonathan Capehart this morning.

The President reached Ms. Sherrod by telephone at about 12:35. They spoke for seven minutes.

The President expressed to Ms. Sherrod his regret about the events of the last several days. He emphasized that Secretary Vilsack was sincere in his apology yesterday, and in his work to rid USDA of discrimination.

The President told Ms. Sherrod that this misfortune can present an opportunity for her to continue her hard work on behalf of those in need, and he hopes that she will do so.