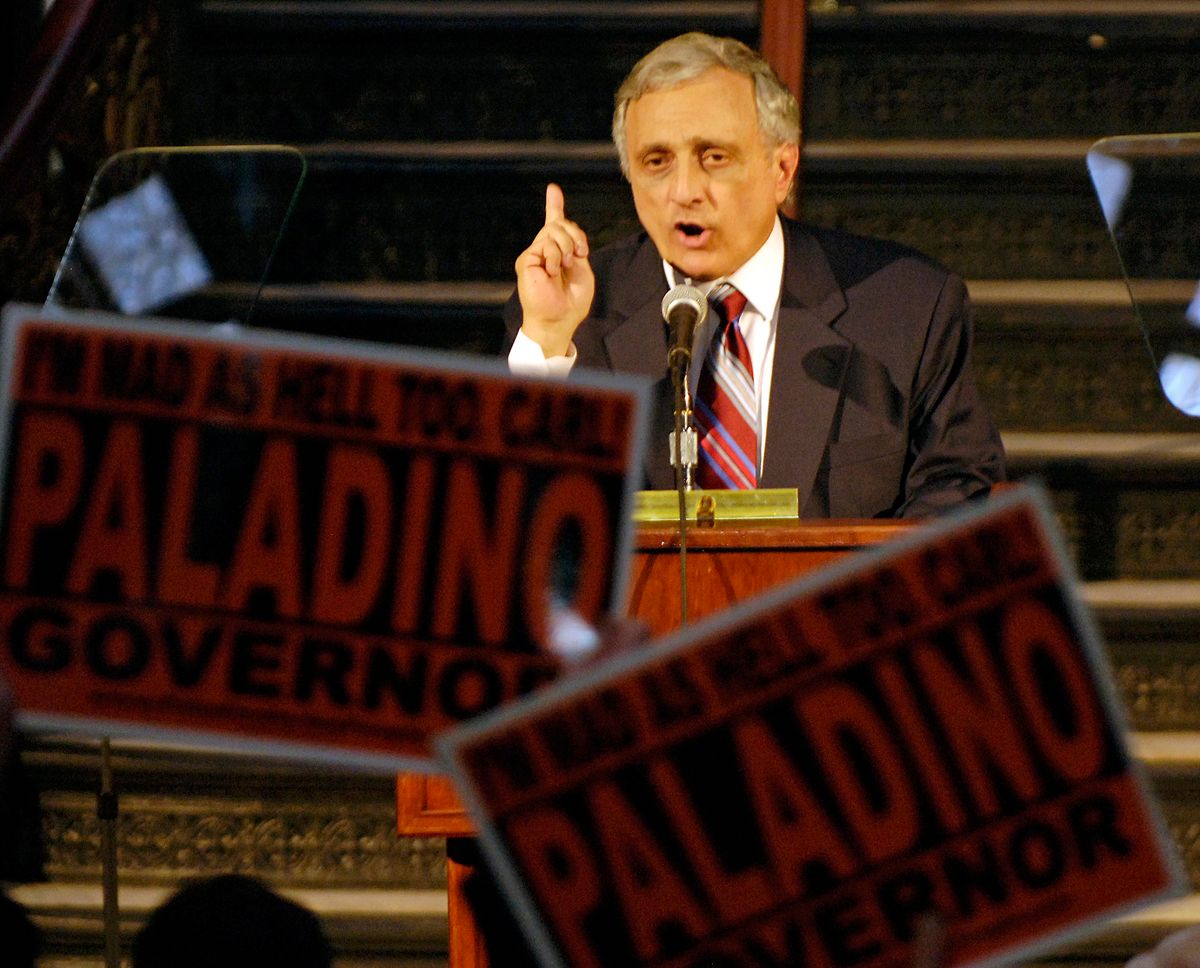 Paladino, who is challenging fellow mosque-opponent Rick Lazio for the GOP gubernatorial nod, is out with the following radio ad that reveals Paladino's plan to use eminent domain to defeat the so-called "Ground Zero Mosque" when he is elected governor. (Never mind that that's probably not possible.)

Paladino, a businessan who has pledged to plow $10 million into his campaign, has been hounded by criticism of e-mails he sent or forwarded to dozens of people that showed, among other things, a video of a woman having sex with a horse, a picture of President Obama decked out in stereotypical pimp clothes, and a "Obama Inauguration Rehearsal" video clip that showed a traditional African tribal dance.

So, to round up, those opposing the mosque now include Paladino, a Birther pastor who wants you to send him your gold, Sarah Palin, and Newt Gingrich. On the other side are Mayor Bloomberg, the local community board, and the progressive Muslim Americans behind the project.