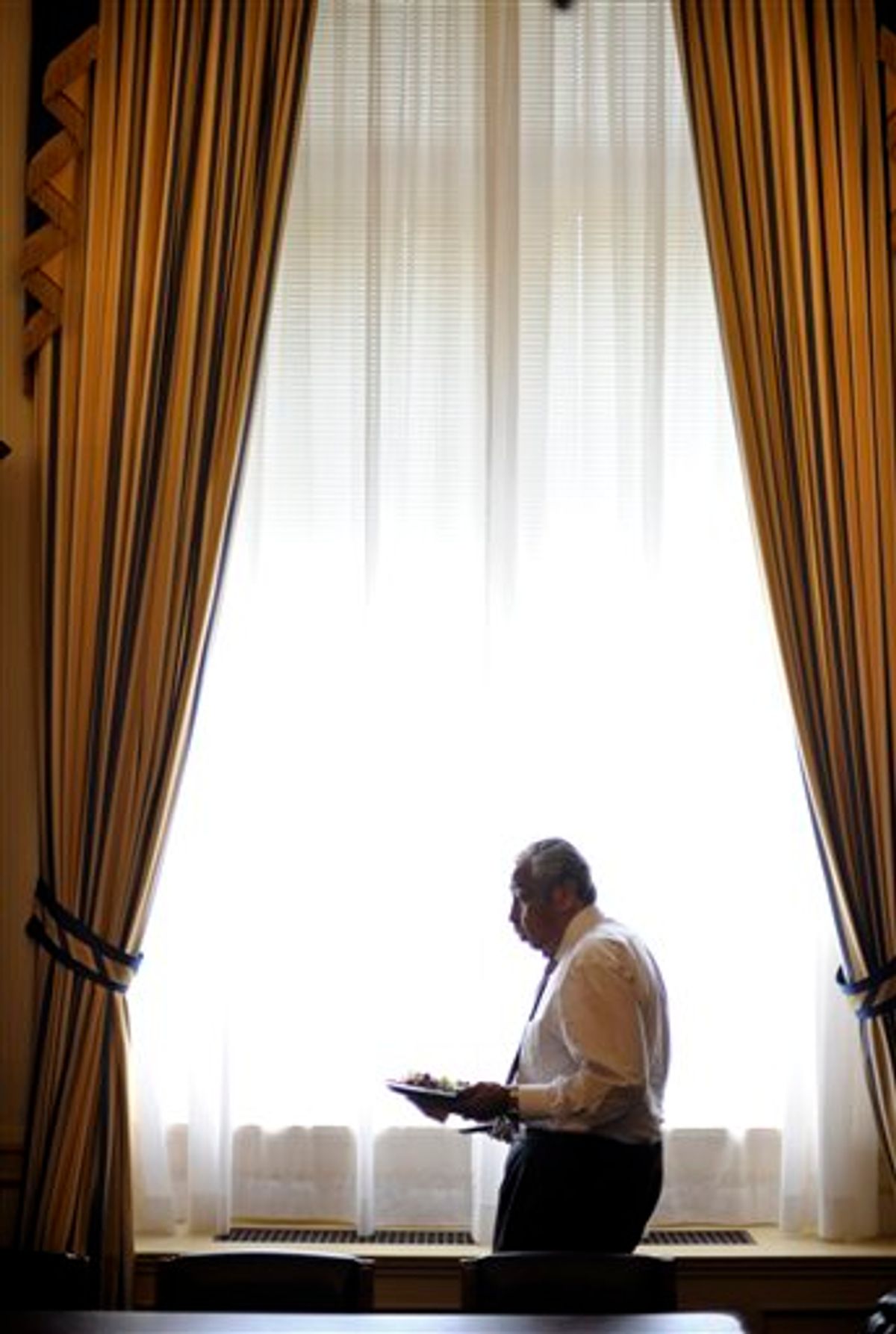 Rep. Charles Rangel, D-N.Y., takes his lunch to his seat in his office on Capitol Hill in Washington, Wednesday, May 26, 2010, during a meeting on how to care for US veterans with PTSD. Just about everyone likes Charlie Rangel. Republicans pump his hand, Democrats put their arms around his shoulders and women of all political persuasions give him pecks on the cheek. (AP Photo/Cliff Owen) (AP)
--

Former House Ways and Means Committee chairman Charlie Rangel has committed a violation of House rules, according to the House ethics committee. A subcommittee has been formed. It sounds boring, but last time this happened, Jim Trafficant got expelled. But Rangel may not even by a congressman by the time it would come to that.

The violation(s) Rangel is charged with will remain undisclosed until next week. But, you know, there's this stuff:

Rangel, D-N.Y., has been under a lengthy probe by the House Committee on Standards of Official Conduct for a series of ethics allegations that includes failing to report hundreds of thousands of dollars in income and assets, improper use of several rent-controlled apartments in his Harlem district, fundraising efforts for a college center that bears his name, and failing to pay taxes on property he owns in the Dominican Republic.

The ethics committee also rebuked Rangel earlier this year for going on corporate junkets. In New York, each one of those scandals -- and lots of other pseudo-scandals -- was reported with screaming headlines by the New York Post, and chewed over on Fox 5's 10 p.m. news broadcast.

In a most likely highly unreliable poll from PPP, Rangel is polling under 40 percent in his reelection bid. He's running against Adam Clayton Powell IV, the son of the man Rangel beat to win the seat in 1970.

Next Thursday, Rangel will go before a House ethics committee subcommittee made up of eight members (four from each party) to make his case. Democrats already stripped him of his influential committee chairmanship, which was probably wise, but I don't think Rangel would consider resigning his seat unless he was certain he'd lose an election.