Despite suspending his campaign weeks ago, Linda McMahon's GOP primary rival is back with an ad campaign 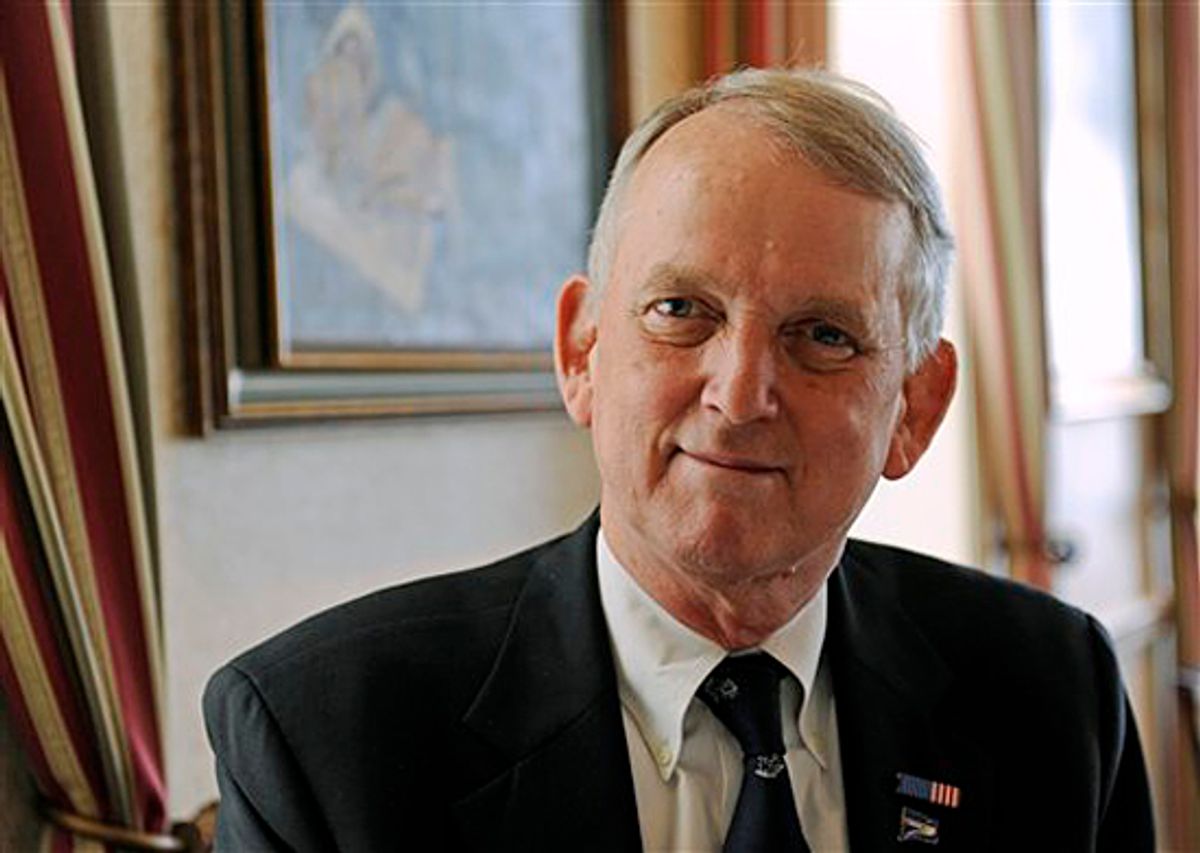 FILE In this March 31, 2009, file photo, Rob Simmons talks to the Associated Press during an interview in Washington. Republicans once saddled with the burden of President George W. Bush's unpopularity are now experiencing a boon from another struggling president: Barack Obama. The GOP senses rising fortunes from coast to coast, as one-time lawmakers look to capitalize on voter frustration that booted some of them from office in 2006. Others, long retired, see the Democrats' luster fading and with it a chance for them to return to Washington. (AP Photo/Susan Walsh) (Susan Walsh)
--

Rob Simmons dropped out of the race for the Republican nomination for US Senate from Connecticut because he couldn't compete with self-funded wrestling entrepreneur Linda McMahon's millions. But Simmons' name remained on the ballot. Now, Simmons is helpfully reminding everyone in Connecticut that his name is still on the ballot. He will continue to remind people of this fact until the Aug. 10 primary itself.

Simmons' staff departed. He has no campaign to speak of. But he's making appearances and beginning this weekend he'll begin running ads again. Here's the script:

Today, it's important to vote with your heart and your head. Bailouts and tax increases have crippled the economy and cost us jobs. Small business is our backbone. Let's help them. National security must remain strong. Put your trust in the candidate who is and will be an advocate for veterans. These issues will have a lasting effect on our children. In the Republican primary on August tenth, you do have a choice. I'm Rob Simmons, I'm still on the ballot, and I approved this message.

The McMahon campaign -- which just released an amusing but possibly effective ad trying to persuade rich Connecticut ladies to support her despite the gross wrestling stuff -- is, understandably, upset with this Simmons fellow.