It's a great night for hip-hop, an even better night for Kent -- and Billy Bell is the latest to get maimed 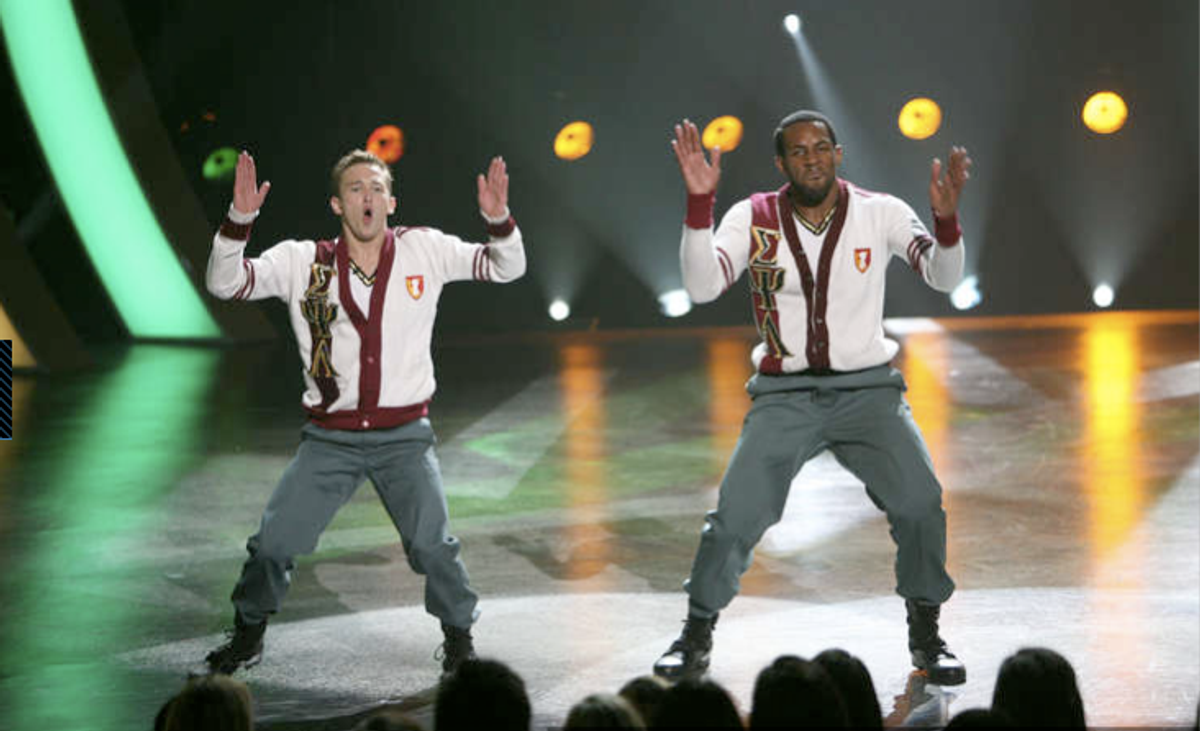 Kent Boyd and Twitch Boss perform a step routine on "So You Think You Can Dance."
--

At this point I refuse to dignify yet another injury, this time to Billy Bell and his bendy knee, with more of a response than this: what the hell?

It was the 150th episode of "So You Think You Can Dance" on Wednesday, but beyond guest judge and director-choreographer Kenny Ortega ("High School Musical" and its sequels, "This Is It") there weren't any extra bells and whistles. Unless you count that tacked-on shower curtain Cat was wearing or the semi-sheer club shirt Adam was rocking. There were some surprises, sure, but the competition is getting more and more noose-like every week and the judges are going to be merciless in their cuts on Thursday nights. It doesn't pay to get overly emotional about the performers any more.

Which is good, because I didn't experience a lot of swooning tingly feelings after the performances on Wednesday. No real chills, although a couple of routines did make me bob my upper body on the couch, as if I were physically capable of matching the dancers step-by-step. That's always a good (if laughable and kind of sad) sign of an above-average performance.

Right off the bat, I got my funky sofa on to Lauren and Twitch's wild west hip-hop. Musicality, perfect. Isolations, bellissimo. I think I want to see Lauren do some breaking, just for fun. And the "only diva left standing," as Mia called her, is not going down without a fight. Her samba with Robert was sexy, top to bottom, and as the judges reminded us frequently, it's all about her bottom. Luckily for Rob he managed to get his own rump some attention with those tight samba pants and his swivelly hips.

Robert's other piece, the Tyce Diorio "seduction" with All-Star Lauren, was sufficiently hot, but not quite the mating dance I was hoping to see. Maybe it's just me, but I find Courtney Galiano a much sexier dancer than Lauren Gottlieb. She seems to be the gold standard for lusty this season. Shrug.

Also on the "eh" side was Jose, and I don't expect him to last much longer. The Sonya contemporary piece he did with Allison was cleverly arranged, sure, but when it came to simple things like pointing his feet while he was sitting on the edge of the stage, he didn't commit. Allison did, so the contrast was glaring. Particularly with no real dancing to speak of. Contrast didn't work in Jose's favor during the boy-boy paso doble, either. Cool concept, and it could've been an epic battle of wills, but Adéchiké schooled him in both form and presence. The closing sequence of grabs and throws should've been climactic and bone shaking, but it actually deflated every bit of tension that had built up to that point.

Adéchiké, Adéchiké, Adéchiké. I was so unmoved by my first viewing of his lyrical hip-hop with Comfort that I was shocked by his level of emotion in front of the judges. I didn't get that kind of intensity from him at all. All of the heavy lifting came from Comfort, who was riveting. Then the judges went all gaga over his performance, so I rewound it to see if maybe I'd entered a fugue state for a few minutes. And yeah, the unison and sharpness of movement was fantastic, and Adéchiké's footwork was spot-on, but I'm not reading his inner on the outer.

Which brings us to Kent. Kent the white boy, the farm boy, the Care Bear who seems like he could shoot rainbows out of his ass. Kent performed the first full step routine on the "SYTYCD" stage* and did things with his body I had no idea he could do. I love stepping, probably because I was in the marching band drum line, and I'm very picky about rhythm sections. When the routine started it seemed like Kent might whip out some spoons, and his slaps missed a bit, but the overall effect -- even next to preternaturally talented Twitch -- was one of fervent gusto and oomph. Kent had oomph. Imagine he and Billy Bell doing that routine together. If wishes were horses, or something.

Quote of the night: "You shot me with your butt."

Eyes to the front, class: Teenage girls in the audience, heed my warning -- I will pay someone to stink bomb that auditorium if you don't stop squealing like stuck pigs when Kent is on stage. He's not Justin Bieber. Jose's mom has the exact same heavenly twinkle in her eyes as he does, and her inner light makes me feel like a cynical crone underserving of love. Nigel saying he can't get used to "bad" meaning "good" is so fogeyish is like admitting you can't grasp steam locomotion or why women need to vote.

*Nigel mentioned that step choreographer (and natty dresser) Chuck Maldonado worked with him on his "5 Guys Named Moe" routine. It featured the final five guys (Twitch, Joshua, Mark, Gev, and William) from season 4. Check it out: