While economic indicators point down, stocks go up. Ben Bernanke calls it all a big question mark, and he's right 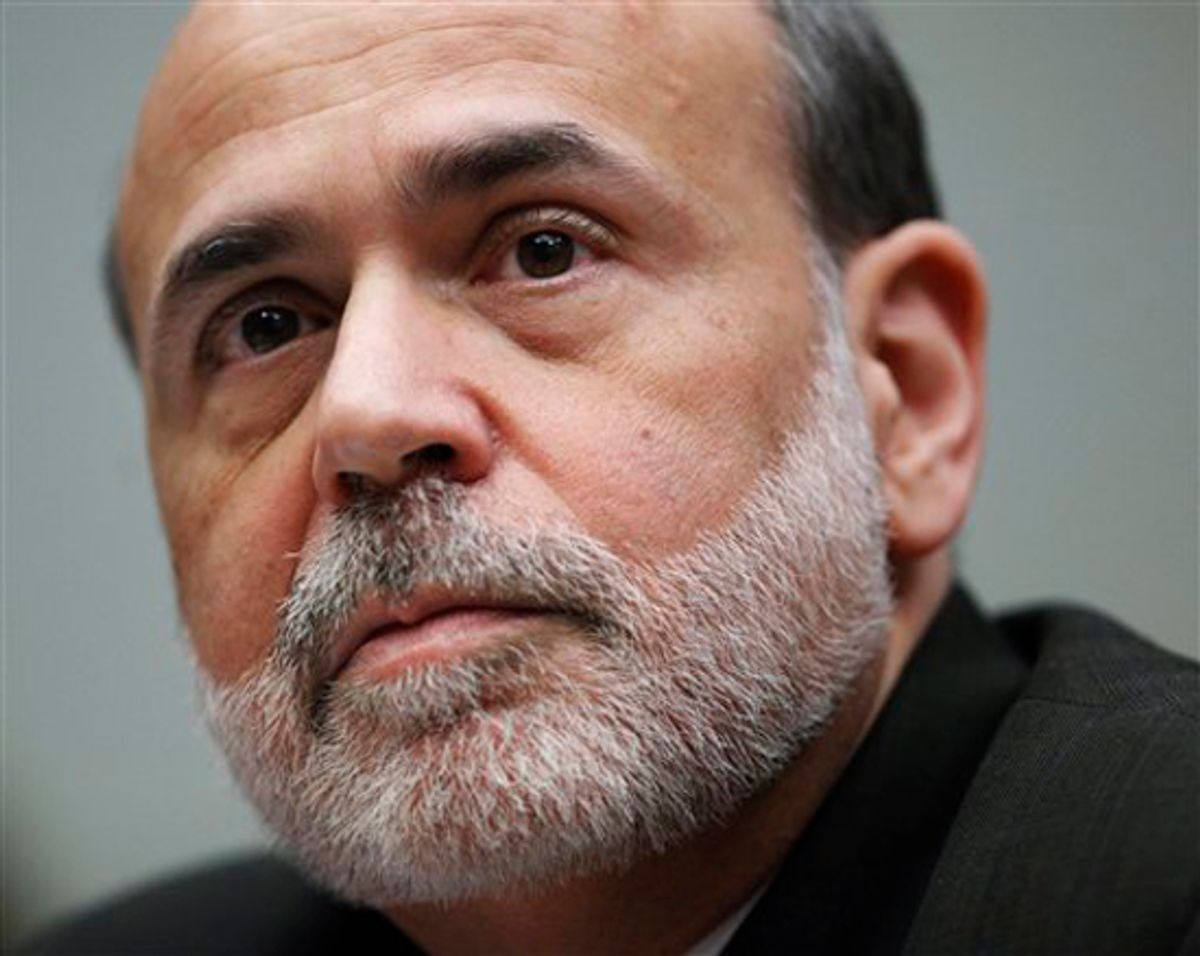 On Wednesday, moments after Federal Reserve chairman Ben Bernanke characterized the U.S. economy as existing in a state of "unusual uncertainty," stock prices plunged. On Thursday, after a slew of discouraging data suggested that "uncertain" might not be the most accurate description of what we know about where the economy is headed, stock prices surged.

Go figure. Jobless claims, which last week fell to their lowest point in two years, jumped back up today to where they have more or less been for the last couple of months. Existing home sales fell for the second straight month, while inventories of unsold homes surged. The index of leading economic indicators compiled by the Conference Board fell for the second time in three months.

Despite all the bad news, investors appear to be taking heart in better than expected corporate earnings from companies that have strong global exposure. Caterpillar, for example, is benefiting from hefty demand for construction machinery in both Latin America and Asia. Brazil and China in particular are keeping Caterpillar assembly lines running hard. Meanwhile, Europe suddenly seems not to be the basket case that conventional wisdom had declared.

And to top it off, Treasury Secretary Tim Geithner is confident enough in the basic health of the U.S. economy that he had no problem telling reporters earlier today that tax cuts on the top 2 or 3 percent of the wealthiest Americans should expire at the end of the year.

So, in sum, "unusually uncertain" might be peculiarly appropriate.